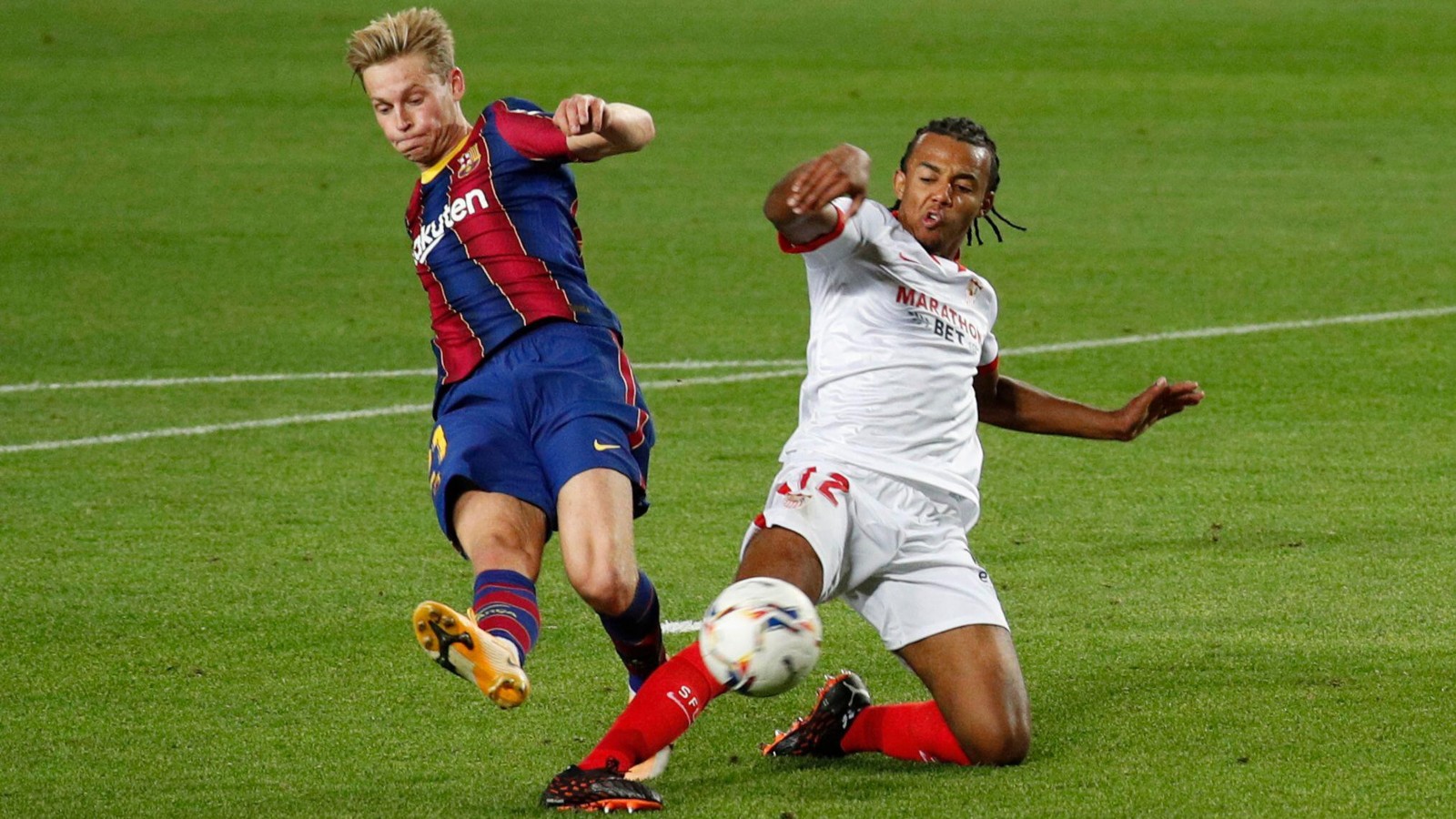 Early June is the best time to predict which exciting transfer rumours are likely to drag on all summer and quickly become incredibly boring.

10) Yves Bissouma to Aston Villa
Look, someone has to sign him eventually. Yves Bissoma is quite good and that much has been common Premier League knowledge for ages. It’s really weird that he’s been at Brighton for four years and the usual suspects have done sod all about it. Some of those clubs who regularly skim talent from the mid-table or lower have established problems in midfield yet there the Malian remains, being excellent. Arsenal travelled down to the south coast last summer and returned with Benjamin White but still endeavoured to leave themselves one Thomas Partey injury short of an implosion; Manchester City will inevitably sign Marc Cucurella and place their fancy midfield eggs in the Kalvin Phillips basket. Liverpool and Manchester United could do with Bissouma. Probably Spurs, too. It would be great if he stays at Brighton until Graham Potter guides them to the title next season but it’s just not the normal way of things and it absolutely has to be challenged.

Consider that a lovely cushioned header for Gerrard and Aston Villa, who appear to have two priorities in the transfer market: making signings that teams in 17th, 11th and 14th have no right to; and making completely random signings specifically because no-one has reported on them beforehand. Danny Ings, Diego Carlos and Boubacar Kamara out of nowhere. Philippe Coutinho and at least £25m on each of Lucas Digne, Leon Bailey and Emiliano Buendia to parachute them into the general vicinity of a relegation battle. Bissouma dropping five places for a pay rise as Brighton double their initial outlay on a player with a year left on his contract makes no sense but neither have the last two paragraphs.

9) Romelu Lukaku to Inter Milan
The earliest online reference to Romelu Lukaku as ‘the new Drogba’ was in December 2009. It was within a headline’s quote marks despite no-one actually being quoted as saying any such thing but still. Twelve and a half years on, it seems safe to describe Lukaku as Drogba’s diametric opposite, in that his first Chelsea stint was eminently forgettable and his return a few seasons later has thus far been thoroughly disappointing. Hope springs eternal that a turnaround is possible but there is no point in persevering when trying to bed in a pair of shoes which simply don’t fit.

Those fractures caused by Lukaku’s revealing Sky Italia interview in December have not healed. Gianluca Di Marzio’s recent suggestion that he has “been sending public and private messages to Inter” in the months since, contacting “the directors and the coach, former teammates and the president” to manufacture a move, betray his rather obvious wish to head back to happier climes. Inter’s financial situation would necessitate a loan and Chelsea’s only reluctance to complete a deal would stem from a desire to be entirely absolved of Lukaku’s wages. Fortunately, monetary obstacles are always overcome easily in football and definitely don’t always result in transfers unnecessarily dragging out across months over relatively paltry fees.

8) Alessandro Bastoni to Spurs
“They will target several positions including goalkeeper, centre back, wing-back, central midfielder and a striker,” was the ‘David Moyes as Manchester United manager’ update from Sky Sports reporter Paul Gilmour earlier this week. As obvious a statement as it was, it helped underline the required rebuild Antonio Conte seems to be coaxing out of Daniel Levy. This is an opportunity the chairman has decided not to ignore.

The litmus test of this new Tottenham transfer era could be Alessandro Bastoni. There is no doubt that he is Conte’s preferred contender for the centre-half position after the pair worked together to great effect in Milan. But he will be difficult to procure as a content and fixed starter at a fellow Champions League club, who would demand around £50m to even come to the table. While some alternatives have been named, it does feel as though Spurs will keep their defensive powder dry, keep the Bastoni option ticking in the background and pursue other problem positions in the meantime.

7) Sven Botman to Newcastle
A lower-half Premier League team perhaps shouldn’t be competing directly with the Serie A champions for a £30m centre-half but that scenario becoming a genuine reality sums up more issues than there is time to document here. Milan and Newcastle are fighting for the opportunity to liberate Sven Botman from Lille and it is tough to call at this stage.

The Italian side seem marginal favourites to secure his signature but Newcastle, according to some murky reports, have come into a little bit of money. Eddie Howe laughs in the face of catenaccio and is now the most accomplished organiser of a defensive line, so Botman could be persuaded to weigh up his offers and seriously contemplate being the 6ft 5ins little to Dan Burn’s large.

6) Christian Eriksen
In the most existential transfer saga sport has ever witnessed, Christian Eriksen has essentially been challenged to prove whether or not loyalty is a malleable athletic concept. As a 30-year-old in the cliched peak years of performance, would you maximise both your earnings and opportunities at team and individual success by joining a member of the traditional elite? Or do you take the circumstances of your latter career into account and embrace fealty to those who gave a platform for this remarkable second wind? It would be impossible to begrudge Eriksen, whichever option he takes. Unless it is Manchester United.

5) Gabriel Jesus to Arsenal
Arsenal took until the final fortnight of last summer’s transfer window to lock in possibly their three most important signings, with the deadline-day capture of Takehiro Tomiyasu following the arrivals of Martin Odegaard and Aaron Ramsdale 11 days before. It was less than two weeks before the first game of the season when White finally joined for £50m. Those vital pieces helped give clarity to a once-jumbled jigsaw puzzle as the Gunners haggled but knew not to hurry if and when they could afford to wait.

The same game could take place over the future of Gabriel Jesus. Arsenal know the Brazilian will surely not stay at Manchester City to compete with Erling Haaland, Julian Alvarez and their assortment of dainty heavyweight wide forwards. He has earned a straightforward departure, provided it is mutually beneficial for player and club. And suitors are hardly lacking. But Arsenal are focused on their primary target, Jesus wants headline billing at his next club and a relationship between player and coach was built up over almost three years together at the Etihad. It will take a little time to sort the intricacies; don’t be surprised if it is confirmed shortly after another set of biased opening fixtures.

4) Raphinha to Barcelona
Junior Firpo underestimated both the Leeds fanbase and the football fan propensity to have a gaping void left during post-season late Saturday afternoons. It is unclear what reaction he foresaw when deciding to livestream his wedding but he might not have expected to be entirely upstaged by Raphinha, whose future dominated the responses over any well wishes and congratulations.

There is every chance that it worked in terms of turning the cosmos against the idea of Raphinha joining Barcelona who, for a debt-ridden mess, are proudly public in their pursuit of Chelsea’s whole defence, Robert Lewandowski and Mo Salah . The sums will stop adding up at some point yet Raphinha will remain on the radar. And the Brazilian can hardly be blamed for entertaining that interest. He has been diligent and a consummate professional for Leeds but there will be no extension of the contract which expires in 2024 and that is a looming cloud Barcelona will seek to take advantage of.

3) Jules Kounde to Chelsea
A 23-year-old centre-half with more than 200 career appearances for a world champion country and teams in two of Europe’s top five leagues cannot be trusted. That ain’t right. Jules Kounde has played more club games than Eric Bailly and is 26 behind Phil Jones, who are five and seven years his senior respectively and disrespectfully. The fella has played 40 matches or more in each of his four full campaigns as a professional. It’s ludicrous and upsetting.

Chelsea have been undeterred for what feels like an eternity, chasing Kounde for a couple of years without ever being able to extract him from Sevilla. They took so long that the Spanish side sold the other half of their central defensive partnership instead, with Diego Carlos heading to Aston Villa. It remains to be seen whether that impacts on any further Andalusian sales but Chelsea’s takeover, combined with the need to prevent Thiago Silva from single-handedly protecting Edouard Mendy three times a week, will intensify those lingering Kounde urges. There should be no collapse in talks this time, provided Chelsea are a little more meticulous.

We have to remember also that Kounde is still a young defender so he will make mistakes at times, it’s a reason why I’ve been pushing an experienced defender to replace Rudiger, it would be a risk to have too many young defenders next season. pic.twitter.com/UwMsqogzEe

2) Frenkie de Jong to Manchester United
After staring at a knackered, smoking engine and deciding that the solution was to purchase a new set of tyres and have the car valeted, Manchester United might finally be forced to address the initial issue this summer. They were not wrong to focus on other areas over the past few years, with centre-half, full-back and the wide forward positions given due attention of late. But it all felt inconsequential for as long as the central midfield was overlooked. Donny van de Beek soon felt like a cursory addition in that respect by the summer of 2020, and while his chance will come under former Ajax manager Erik ten Hag, the departures of Paul Pogba, Nemanja Matic, Juan Mata and Jesse Lingard will force a degree of transformation.

Examine the wreckage that remains: Fred, Scott McTominay, Van de Beek with a shattered spirit and returning loanees in Andreas Pereira and James Garner. Roy Keane would spontaneously combust at the thought. Manchester United therefore have the need and almost certainly the means to upgrade and it is in this position which their customary statement signing would fit best. Frenkie de Jong is just a believable enough yet probably ultimately unattainable target – a sort of contemporary version of Generation Z’s Thiago or Toni Kroos. The fun bit, their Marouane Fellaini counterpart, is yet to be decided. And it might be Marouane Fellaini.

1) Sadio Mane to Bayern Munich
The first week of June has barely been navigated yet Sadio Mane to Bayern Munich has already run the transfer saga gamut: rampant and potentially disruptive speculation; the unfulfilled promise of an official announcement as soon as a big match on the horizon is out of the way; misrepresented quotes leading to even more press conferences and interviews being derailed; the inevitable rejection of a paltry opening bid; the weird reaction from people who struggle to understand why a 30-year-old might wish for his final lucrative contract to be outside of a country to which he has already dedicated eight years of his career. Just imagine what incredibly gripping drama the next two months has in store. And that is ignoring the fact he will stay for another season and join Bayern as a free agent next summer after more than a year of suspenseless, soul-destroying tedium.