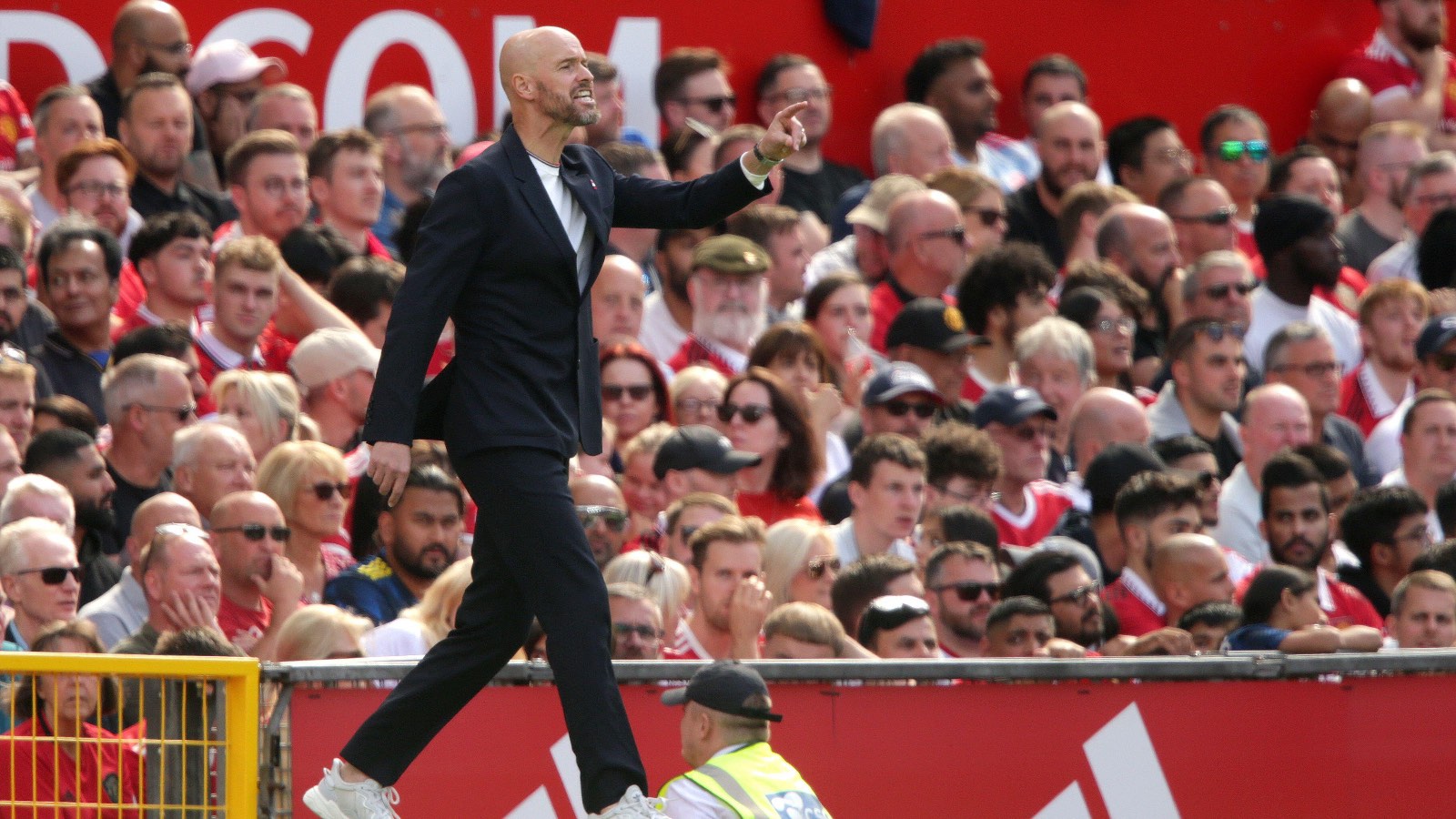 If Erik ten Hag can get Manchester United playing football as good as Brighton’s at Old Trafford on Sunday he will have done a very fine job.

If the new Manchester United boss didn’t know before how big a job he had on his hands, he does now.

Irritating cliche though that is, it’s hard to imagine Ten Hag watching his side completely outplayed at home by the ninth best team in England with anything other than a dawning realisation of just how much work there is to do, after a pre-season that appears to have achieved very little.

There were positives; his name was Christian Eriksen.

That’s a tad facetious. United were trying to press and win more duels, and there wasn’t the same lethargy as at the end of last season (low though that bar is).

But like an amateur golfer improving their swing, or a plastic surgery obsessive, any minor improvements at Manchester United (and they were minor) serve to highlight other problems.

United have at least four very good centre-backs and yet the latest highly-rated addition to that area of the pitch struggled just as much as the rest of them did last season.

Lisandro Martinez looked as shellshocked on the pitch as his manager did off it. He was caught in possession and out of position, and probably should have conceded a penalty for a shove in the back of Danny Welbeck, who ran him ragged all afternoon.

‘McFred’ was predictably trending on Twitter at half-time as the blame for the ease with which Brighton sliced United open was placed on the shoulders of Scott McTominay and Fred. There were groans from the Old Trafford faithful as Marcus Rashford’s Dele Alli-like demise continued as he spurned opportunities. Additions to improve the first XI and the squad undoubtedly need to be made.

But Ten Hag, despite the caveat of Rashford, that midfield pairing and the many others offered up by fans and the media, can’t completely shirk the blame for the 2-1 defeat.

Graham Potter set his side up with three centre-backs and what looked on the teamsheet to be wing-backs, who turned out to be wingers in the first half. It saw the Seagulls attack with six players while Moises Caicedo expertly protected the three defenders and built attacks from deep. It was an incredibly bold move which paid off spectacularly.

There was an extraordinary amount of space for Brighton to operate in, somehow both in front and behind the United defence. Full-backs Luke Shaw and Diogo Dalot didn’t know whether to mark Solly March and Adam Lallana as they roamed between the lines, or Pascal Gross and Leandro Trossard coming from wide. The United duo, like most of their teammates, existed in no man’s land. Ten Hag watched stunned from the sidelines, with no obvious change of tack or formation.

Both of Pascal Gross’ goals were excellent, and it’s easy to gloss over just how good Potter’s side were with all eyes firmly, and understandably, on Ten Hag and United. They so rarely make a pointless pass, always looking for the best option to progress and hurt the opposition. They preyed on United’s uncertainty with a clarity of thought Ten Hag will be hoping to engender in his players.

But that’s a long way off on this showing.

Roy Keane said both at half-time and after the game that we “shouldn’t be surprised” by United’s display, and maybe he’s right. But it’s also surely not unreasonable to expect more of an impact from supposedly one of the greatest tacticians in Europe. The reponse to a tongue-in-cheek tweet during the game asking whether United fans would take Potter as their manager over Ten Hag if they had the chance was universal in taking all responsibility for the shoddy display away from the new boss.

As is the case with new players arriving in the Premier League, it can take managers time to find their feet, and patience is the only way forward for United. But as Martinez struggled with the pace of the game on the pitch, Ten Hag failed to cope with the speed of decisions necessary off it.

Assuming top four is the goal, Ten Hag requires an incredible rate of improvement from his side, while he himself will have to quickly climb what is arguably, given the size of United and the ground they need to make up, the steepest learning curve in football.