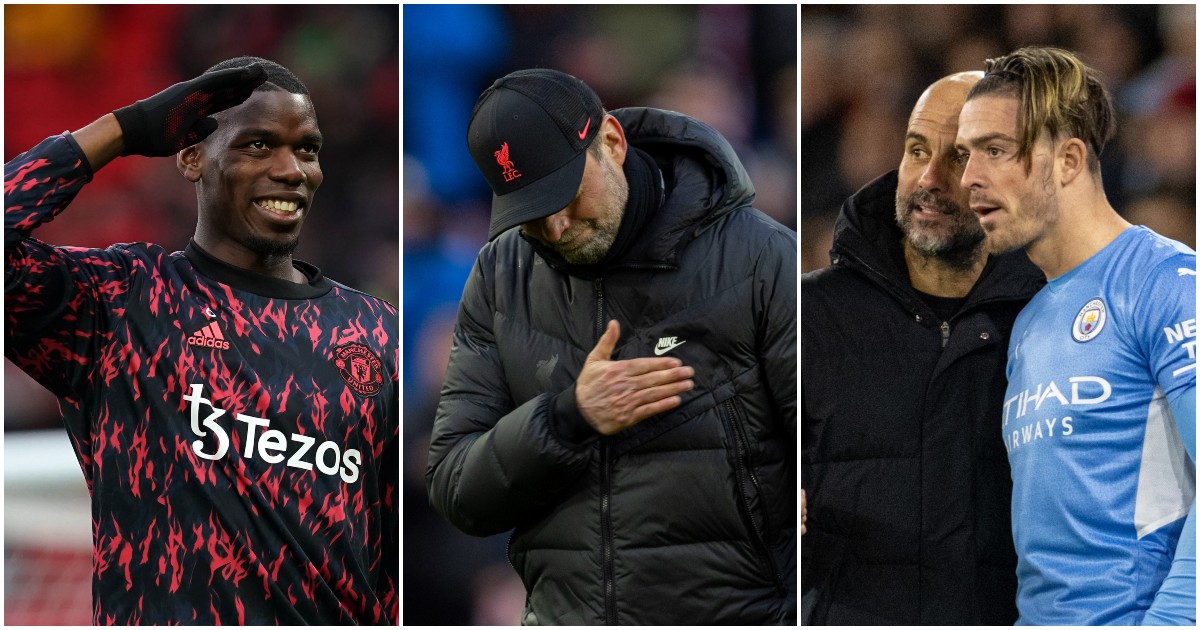 Some snap judgements were made after one game. A couple of them look decent. One Liverpool call was spot on. But lord there is some nonsense.

10) Trevoh Chalobah will be England’s next debutant
It was Patrick Bamford. Emile Smith Rowe followed a couple of months later and Aaron Ramsdale broke his duck a few days after that. Trevoh Chalobah started the season well and has played important games against Juventus, Liverpool and Manchester United, but has fallen off the radar somewhat to the extent he has started a single game in 2022. Conor Gallagher even beat him to an England cap in terms of Chelsea employees, with Adam Webster and Max Kilman among those who have surely edged ahead in Gareth Southgate’s mind. Chalobah is yet to even feature on the famous World Cup ladder.

9) Brighton will finish in the top half
Not the best time to review this one, in the harsh light of a home thrashing by Burnley that confirmed Brighton’s first consecutive Premier League defeats – both goalless – since last March. But Graham Potter has guided the Seagulls to ninth and only the top three have lost fewer games so far. That push for European qualification seems less possible than after that seven-game unbeaten run that stretched past Boxing Day and into February. But their position is relatively precarious: the points gap to Tottenham in eighth is the same as it is to 11th-placed Leicester, who both have two games in hand on a more stable, consistent and predictable Brighton side. Considering their finishes since returning to the top flight in 2017 have been between 15th and 17th, they will absolutely take that.

8) Burnley and Southampton will be relegated
It could be one but it absolutely will not be both. Southampton looked as though they would be dragged in after opening the season with a seven-game winless run, yet four draws in that time meant they never slipped into the relegation zone. Solid form from October onwards has guided them towards mid-table safety, with a comfortable cushion even to that bottom-half rabble glancing nervously at an improving bottom three. Among those are Burnley, whose games in hand continue to distort the outlook somewhat. Most prediction models would still tip the Clarets to finally return to the Championship, but none of them can properly quantify the survivalist alchemy of Sean Dyche.

If Burnley go down, I'll be honestly fascinated to see how Dyche does when he's inevitably parachuted into a struggling team at Christmas. He's built everything for him at Burnley so slowly.

7) Brentford and Watford will be fine
This is similarly in the balance. Roy Hodgson has salvaged a workable defence from the wreckage he inherited at a Watford side whose attack can compete with any outside the established elite. The Hornets are 18th, four points behind both Newcastle and Everton; none of those from 11th down are too far in the distance to consider themselves safe. That includes Brentford, who have only won four times since that opening weekend thrill ride against Arsenal. “I have enjoyed watching Brentford this season but I am worried for them,” said Gary Neville of the emerging relegation scene. “It would be sad to lose them as every time I watch them, I want to watch them play more as they give it a go.” Thomas Frank will be hoping Christian Eriksen can change their momentum.

6) Everton will qualify for Europe
For fu…

5) Liverpool don’t need more signings
Yep. Having that. It was particularly relevant in the context of last summer, when the usual transfer panic ensued as Manchester City and Chelsea made club-record signings, while Manchester United and Arsenal invested heavily. Liverpool headed to the market only to add Ibrahima Konate, safe in the knowledge that a squad decimated by injury in 2020/21 was more than capable of competing on four fronts if such misfortune could be avoided. That has come to pass; Jurgen Klopp has had some selection issues to contend with but did not even blink at the prospect of losing two of his best players to AFCON. The Luis Diaz signing was more of a luxury, brought forward a few months by Tottenham’s desperation, rather than Liverpool’s own need for external impetus. As much as he brings to the party, the Reds had already justified their summer stance.

4) Tottenham will finish in the top four
It’s quite tough to keep up at this stage, with thrilling 3-2 away victories secured deep into stoppage time sandwiching a three-game losing run that culminated with Antonio Conte giving Daniel Levy kittens. But Spurs have reached perhaps the ultimate apex of this season’s rollercoaster before the inevitable nadir of Wednesday’s 2-0 defeat at Turf Moor. The gap to fourth is seven points with three matches in hand, Harry Kane has wisely avoided his biannual muscle injury by saving himself and just playing poorly until late February and, most importantly of all, Eric Dier is back. Their remaining fixtures include just three top-half teams at home – West Ham, Brighton and an Arsenal game yet to be rearranged – as well as visits to Anfield, Old Trafford and then no sides currently higher than ninth. The biggest factor that counts against Tottenham is that they have no more gimmes against Manchester City.

3) Aston Villa and Jack Grealish will both be worse off
‘This is not to say Aston Villa will be relegated and Jack Grealish will be a catastrophically bad signing for Manchester City,’ it was pointed out. ‘But the grass will be greener for neither.’ And nothing in the subsequent months suggests otherwise. Grealish has two goals and two assists in 17 Premier League appearances; he had five of each at the same stage of his first season back in the top flight, then five and ten last campaign. Hell, he had two goals and three assists in one October 2020 meeting with Liverpool. But he has understandably struggled to recapture that magic during a remodelling phase under Pep Guardiola, whose Manchester City side have ploughed on regardless of whether the £100m forward is available or not. Grealish should eventually thrive after the usual adjustment period; Villa have plenty of new entertainers. But neither can yet claim to be in a happier union than before.

2) Paul Pogba will be named PFA Player of the Year
Here follows a list of players deemed more likely than Paul Pogba to be named PFA Player of the Year in terms of the latest betting odds: Timo Werner, Che Adams, Leon Bailey, Stuart Dallas and Pierre-Emerick Aubameyang. It is a little harsh; only two players have more Premier League assists than Pogba, who has started ten games all season. But it doesn’t feel as though Mo Salah’s closest competition for the award will come from Manchester United, never mind their French midfielder. Champions League glory in May will have to do.

1) Mikel Arteta will be the first manager to go
That first month of Arsenal’s season was bizarre. Stunned by Brentford, destroyed by Romelu Lukaku, ravaged by virus, humiliated by Manchester City, by which point it seemed almost certain that Mikel Arteta would make way for the next pretender. But a summer transfer window derided by many soon turned out to be more prophetic than pathetic as form and performances picked up. It seems obvious in hindsight but obviously Watford sacked their manager before anyone, while Arteta trucks on and everyone still tries to figure out how good he is.