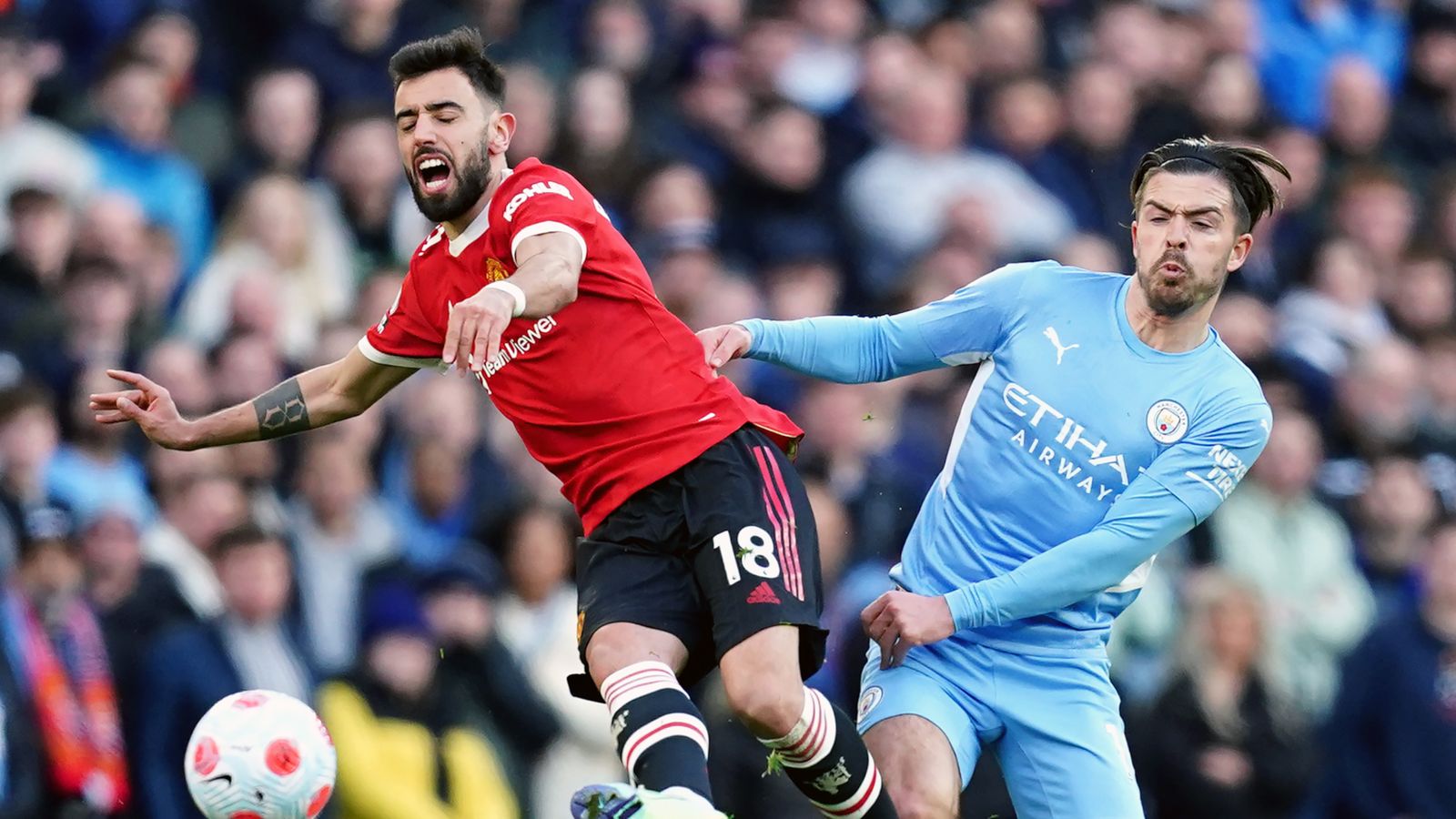 Manchester United could account for the entirety of this list of players who have regressed the most this season in comparison to last.

10) Emiliano Martinez (Aston Villa)
The permanent distraction of just how much Arsenal mistreated him has finally disturbed the previously solid foundations upon which Emiliano Martinez built his second phase as a goalkeeper. After perennial loan spells underpinned his formative years, the 29-year-old crammed an entire Gunners career into three summer 2020 months: he broke into the team due to injury during lockdown, impressed massively, won two cup finals at Wembley and parlayed that into a £17m transfer to become guaranteed first choice elsewhere.

Aston Villa benefited from that decision last season but this campaign has been a climbdown. Martinez has not been poor, just more middling in comparison to his previously high standards. His save percentage of 76.8% in 2020/21 was second only to Nick Pope’s 77%; it has crashed to 67.3% and the Argentina international ranks higher than just three other Premier League regulars in that respect. Tim Krul, Jordan Pickford and Illan Meslier can all point to extenuating circumstances but Villa are on course for a top-half finish despite Martinez’s stock falling below that of Jose Sa and Arsenal successor Aaron Ramsdale.

9) Jack Grealish (Manchester City)
“I’ve found it a lot more difficult than I thought I would, adapting to a different manager and teammates. At first I thought I’d have more of the ball, get more assists and goals but it doesn’t work like that at all. I’ve had nowhere near as much of the ball as I used to get at Villa.”

Since that charmingly frank interview in December, Jack Grealish has added just two more goals to his collection. His last assist remains a well-executed run and pass on the counter against Brighton last October. The numbers pale in comparison to those that were posted at Villa to tempt Manchester City into signing the first nine-figure British player. As he has belatedly recognised, there is added nuance to taking a big fish out of a small pond and placing them in an ocean; they cannot be expected to perform to the same standard or produce to a similar degree. But Grealish must be hoping his second season echoes those of Bernardo Silva, Riyad Mahrez, Joao Cancelo and others who needed a bedding-in period under Pep Guardiola, because the sense of him having taken a step back in terms of performance will linger.

8) Harry Kane (Tottenham)
Eight goals and three assists in nine games for club and country doth not remove the vague early-season stench of injury, managerial upheaval, tactical misguidance and existential crisis. Harry Kane has avoided the usual hamstring and ankle problems but the Nuno Espirito Santo experiment made for a patently and potently awful combination with that bungled Manchester City move and the striker’s form was understandably impacted.

Kane has been ushered back to the straight and narrow by Antonio Conte, revitalising his partnership with Heung-min Son and enjoying his football again. But the leading Premier League goalscorer and assist provider of last season is currently a distant joint-third for the former and 14th, level with Kiko Femenia, for the latter. Imagine only scoring at an average of a goal every other game and not every match and a half. Absolutely pathetic.

7) Tomas Soucek (West Ham)
The sight of Tomas Soucek lurking in the penalty area, inexplicably losing whichever defender was assigned to mark the 6ft 4ins Czech international and redirecting Michail Antonio’s cross into the Wolves net last month was simultaneously rare and familiar. It was something to which we had all grown accustomed not long ago, yet a sight far less common than it used to be.

David Moyes purposefully neutered his thoroughbred to provide a platform for their partner. “We can’t allow them both to make runs into the box,” he said in September of midfield pair Soucek and Declan Rice, “so we need to have a bit of understanding that one stays deeper than the other”. The Englishman has tried wholeheartedly to assume that mantle and Soucek’s sacrifice has not gone to waste in a Champions League qualification charge and run into the deeper stages of the Europa League knockouts. Moyes has also swapped their roles back at times. But the Czech’s attacking numbers have suffered, his expected and actual numbers both crashing season upon season.

6) Kelechi Iheanacho (Leicester)
Brendan Rodgers took his time to discover the answer but wasted little in largely ignoring it. An attacking succession plan was devised last season whereby Leicester need not rely solely on Jamie Vardy any longer. Kelechi Iheanacho was carefully placed next to the club’s talisman as a slightly deeper second striker, capable of playing both through and between the lines instead of focusing purely on runs on the shoulder of the last defender. It expanded their forward play, evolved it. Iheanacho ended the campaign with 12 Premier League goals, 11 of which came from March onwards, and Rodgers complemented that development with the signing of Patson Daka.

Yet Iheanacho has been a peripheral figure at best since. His 15 starts have been unevenly distributed and 13 Leicester players have featured more regularly. Considering Vardy, James Maddison and Harvey Barnes have all been absent through injury at various points, often concurrently, the seeming lack of trust in Iheanacho has been peculiar.

5) Bruno Fernandes (Manchester United)
The line of argument that Cristiano Ronaldo is not the Manchester United problem but certainly one of many issues can be diluted into one simple point: Bruno Fernandes has been utterly nullified. His overall record last season was 28 goals and 17 assists in 48 appearances. With a maximum of nine fixtures to come, that has become nine goals and 14 assists in 37 games. Save for a seminal final month or so, it has been a stark downturn.

A basic reduction in his role as chief Manchester United protagonist has removed the spotlight under which Fernandes thrived. Ronaldo is the story and his compatriot a mere sub-plot at best, diminishing his natural inclination for brilliance. There have been glimpses – the Leeds hat-trick, an Atletico assist and the performance away at Villa Park – but not enough to dispel the burgeoning idea that he could provide future coaches with a tactical problem rather than solutions.

They sold us a dream 👀

A hat-trick of goals and assists 🤯 pic.twitter.com/O6wASj0atA

4) Michael Keane (Everton)
Everton as a whole have regressed markedly but many of those individuals might justifiably shirk their portion of personal blame. Dominic Calvert-Lewin, Richarlison, Yerry Mina and Abdoulaye Doucoure have all slipped somewhat yet the injuries that have beset Goodison Park must be taken into account. No such excuse exists for Michael Keane, however, with evidence of his largely solid if uninspiring 2020/21 campaign lost to the raging dumpster fire that might still beckon his second Premier League relegation.

It is no badge of honour to have made the most appearances and played at least 467 more minutes than the closest outfield teammate as the most regular component of one of the Premier League’s worst defences. Keane has that dubious distinction and while both Rafael Benitez and Frank Lampard have trusted him as much as the many coaches that came before them, neither have proved capable of coaxing consistent reliability from the 29-year-old.

3) Miguel Almiron (Newcastle)
More than a year has passed since Miguel Almiron’s last Premier League goal; it is 56 appearances and counting from his last top-flight assist. Newcastle waited 13-and-a-half largely unlucky years to break their transfer record but the subject of that £20m move has already been rendered surplus to requirements – and the expected consequences of multi-million-pound investment into the squad is only partially to blame.

Almiron does not lack effort or commitment and could prove useful as an option but Newcastle have already outgrown him. A forward cannot hope to get by on a seasonal goal output that supporters can still claim to match as April approaches. The 28-year-old will be thanked for his service in the summer and moved to a more suitable home.

2) Jannik Vestergaard (Leicester)
It seemed like an excellent signing: an experienced player in a problem position for a relatively low fee without any protracted saga. Jannik Vestergaard was not going to move the needle at Leicester but the Southampton centre-half was effective consolidation of their spot as chief Champions League challengers.

The Foxes have been unsettled by defensive fitness problems throughout the season but that does not account for the sum total of Vestergaard’s futility. In his six Premier League starts, Leicester have kept no clean sheets and conceded 16 goals. Southampton, conversely, have been far more secure in the Dane’s absence, not even once losing 9-0.

1) Marcus Rashford (Manchester United)
In one version of the chaos timeline, Manchester United hero Marcus Rashford takes one less stride to the left, shortens the stutter in his run-up and, afforded more than a minute or so of the prior game to remove the nervous energy from his legs, tucks his penalty off the right side of the post and in. England lead Italy 3-2 in the Wembley shootout and Jordan Pickford’s glorious save from Jorginho is actually as crucial as we all mistakenly believed for a split-second.

It would be crass to suggest that miss has damaged Rashford; playing through shoulder, back and foot injuries for two years at an elite level was far more debilitating and the effects are still being felt. But something has changed in the 24-year-old, who once carried the weight of not only Manchester United but the entire nation’s expectation with gleaming pride, only for it now to come close to crushing him. The bare numbers show a player with 21 goals and 15 assists in 57 games at club level last season reduced to five goals and two assists in 26 appearances so far. Yet these issues run far deeper and something seems perhaps irretrievably broken.