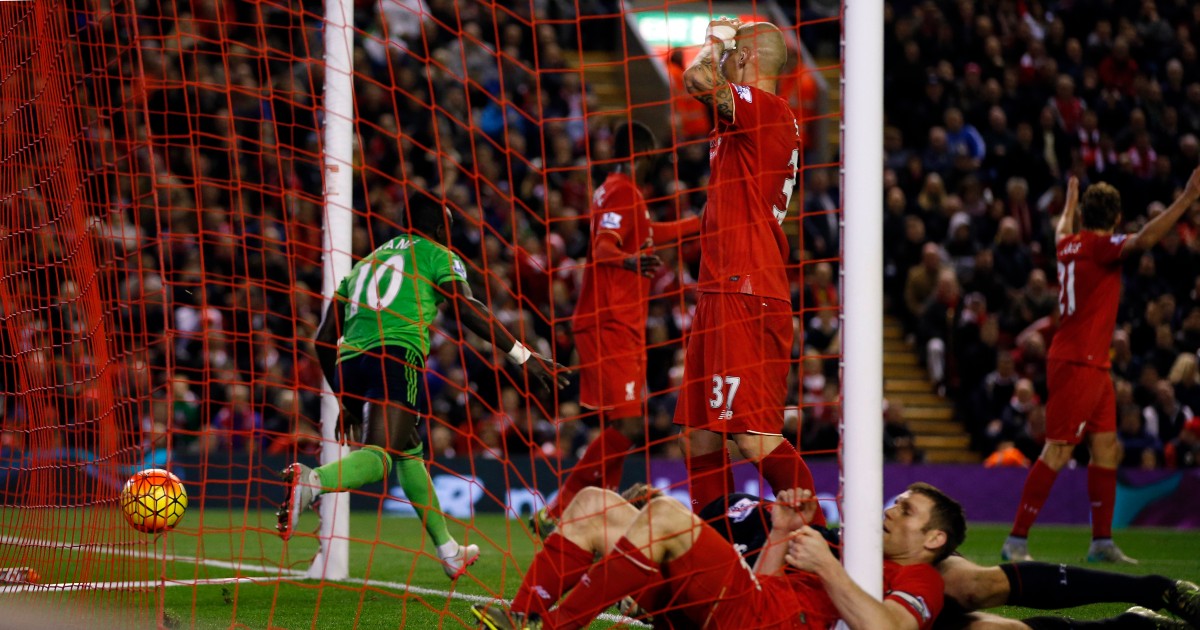 Nuno has worked with Adama Traore before but watching him torment the Tottenham defence was like a Mo Salah goal against Jose Mourinho.

Traore is at the top of Nuno’s transfer wish list but it would not be the first time a player has been targeted by a club they had recently impressed against.

10) Eduardo (Arsenal)
“I have known about him for a while, but his performances against us in last year’s Champions League really showed what a dangerous player he is,” said Arsene Wenger when unveiling his new signing in July 2007, little over a week since sanctioning the sale of Thierry Henry. Eduardo was the ostensible replacement for the club’s highest scorer ever and his own record certainly stood up to scrutiny despite the inevitable caveats: 68 goals in 76 games across the previous two seasons for Dinamo Zagreb was a fearsome streak.

As Wenger alluded to, Arsenal had witnessed it firsthand. Despite finishing as runners-up the campaign before, the Gunners had to labour through qualifying for the competition in August 2006. They were pitted against Zagreb, beating them 3-0 away in the first leg before hosting them a fortnight later. Eduardo opened the scoring with an excellent run and instinctive finish as the cameras soon cut to Wenger in deep and frustrated conversation with one of his coaches in the technical area. They were likely dissecting Kolo Toure’s mistake and Manuel Almunia’s risible glovesmanship, even if a mental note was made to check on the availability of that No.24 who did not give the defence a moment’s rest.

9) Paul Lambert (Borussia Dortmund)
There have been two occasions on which future employers became enamoured with Paul Lambert. The most recent was as a manager, when he took League One mid-table stragglers Colchester to Carrow Road and beat Norwich 7-1 in August 2009, before joining the Canaries down that particular mine ten days later. It was a trick the Scot had first practised as a player to unprecedented success.

The story goes that Lambert had been walking off the Westfalenstadion pitch when he asked teammate Billy Davies: “Can you imagine what it’s like to play here every other week?”. The midfielder only had to ponder that prospect for a little while longer as Borussia Dortmund signed him as a free agent in summer 1996, two years after they beat his Motherwell 3-0 in a UEFA Cup first-round tie and not 12 months before they won the Champions League. Lambert transitioned from playing alongside Rab Shannon and John Philliben to marking Zinedine Zidane out of the European Cup final remarkably quickly.

8) Danny Ings (Aston Villa)
As spectacular as the goal was the basic scenario is relatively ordinary by this stage: Danny Ings thrilled with his bicycle kick against Newcastle but scoring at Villa Park is already as natural to him as breathing. Three visits to the stadium with Burnley and Southampton returned four goals between 2014 and 2021, the striker never failing to score when he has played on that hallowed turf.

“Danny has done what he has done to ourselves and a lot of other clubs,” Dean Smith said after his summer signing’s weekend acrobatics. “It is great to see him doing that in a Villa shirt scoring a goal like that. He scored a 20-yarder into the top corner against us last season so we know the kind of goals he can score.” The five he has against Villa is second only to six netted against Everton and Tottenham throughout his career; Smith will be relieved not to have to worry about such Ings in the future.

7) Sadio Mane (Liverpool)
Jurgen Klopp prefers to see a prospective new signing up close and personal, such as when Takumi Minamino impressed in a Champions League group game at Anfield in October 2019 before making that his professional home on New Year’s Day 2020. Liverpool as a club also tend to like a more direct and personal check of the goods before buying, growing so bored of Christian Benteke semiannually dominating them that their only remaining defence was to bring him in.

Klopp and Liverpool were both united in their fascination with Sadio Mane in 2016, the former well before then. Borussia Dortmund were interested in the forward two years prior but the manager’s hunch led them elsewhere. Mane joined Southampton instead and played against Liverpool only once in his debut season: a 33-minute substitute cameo in a 2-0 defeat. But the Senegalese was perhaps motivated to turn on the style when Klopp succeeded Brendan Rodgers. He scored in a 1-1 draw at Anfield in the same month as Klopp was appointed, netting again in a Divock Origi-inspired 6-1 destruction at St Mary’s that December, before coming on at half-time in a game Liverpool were leading 2-0 in March and scoring twice to inspire a famous Saints comeback. Four months later he was on Merseyside in a more permanent capacity.

6) Dmytro Chygrynskiy (Barcelona)
Perhaps the single worst transfer of Pep Guardiola’s career, Dmytro Chygrynskiy joined Barcelona’s European champions for more than £20m in August 2009, started 12 games and returned to Shakhtar Donetsk at a fairly substantial loss less than a year later. A combination of injuries and an inability to adjust to the style and expectations quickly enough led to the downfall of the centre-half.

It was an undeniable Guardiola signing rather than a presidential vanity project. Chygrynskiy had actually featured against Barcelona in Guardiola’s first season as a senior manager, faring well in a 2-1 defeat in Donetsk until Lionel Messi scored twice in the final three minutes, then playing in a famous 3-2 away win at the Nou Camp as Guardiola suffered his first ever defeat in the Champions League proper. The coach was besotted. The Barcelona faithful never would be.

5) Heurelho Gomes (Tottenham)
In his four seasons at PSV, Heurelho Gomes enjoyed some extraordinary European journeys. His first campaign in the Netherlands was underpinned by a run to the Champions League semi-finals, before exits in the last 16 and quarter-finals of the competition over the next two years. The Brazilian’s last campaign brought group-stage heartache but enough UEFA Cup brilliance to define the rest of his career.

Tottenham were pitted against the Eredivisie giants in the last 16, losing the first leg 1-0 after Gomes thwarted Robbie Keane at White Hart Lane. Juande Ramos watched his side level the tie on aggregate in the return leg a week later but Gomes prevented the complete comeback, saving brilliantly from Darren Bent and Steed Malbranque, being beaten only by Dimitar Berbatov’s sensational volley before keeping out a Jermaine Jenas penalty in the subsequent shootout. “I am not the hero,” he said after the game, stuffing his cape back into his jersey. “No, the whole team are heroes.” Spurs signed Gomes three months later regardless. The Premier League would never be the same again.

4) Emmanuel Adebayor (Manchester City)
When Manchester City embarked on their first full summer backed by the riches of Sheikh Mansour, they knew they needed to make a statement. Robinho was a signing for the ego the previous August; something more practical and effective, if slightly less eye-catching, was required next. Cue Gareth Barry, Roque Santa Cruz and Stuart Taylor, a sociopath’s transfer wishlist when given unlimited funds. Or the final moral stand from manager Mark Hughes. Carlos Tevez joined soon after but Manchester City wanted to land blows to as many of their prospective rivals as possible.

Emmanuel Adebayor was not at the height of his powers and Robin van Persie had already essentially usurped him, opening the door for Arsenal to negotiate his release. A £25m offer helped grease the wheels as Manchester City, who the Togo international had scored four goals against in five games, pursued the composite parts of their new strikeforce. Few people remember but Adebayor did actually score against Arsenal in his first game facing them, opting for a sensible, measured and respectful muted celebration.

3) Mo Salah (Chelsea)
“First of all, he won’t score against Chelsea – which is a good thing,” was the opening salvo from Jose Mourinho after he delayed the dalliance between Mo Salah and Liverpool. Brendan Rodgers had identified the Egyptian as a target by January 2014 but Chelsea’s relentless hoarding of talent helped them steal a march on the £11m signing.

The Blues do have a certain history of signing players who impress against them, from Willian to Diego Costa and even Scott Parker. But Salah was a nakedly opportunistic target. His performances in games against the Blues during the 2013/14 Champions League group stage persuaded Chelsea to enter negotiations and swiftly conclude a deal. Salah scored the first goals of his career in the competition against the Premier League side, first in a stunning 2-1 Basel win at Stamford Bridge and then the only strike in a 1-0 victory back in Switzerland. Then in the same month that Kevin de Bruyne was sold, Salah arrived and Chelsea had definitely learned to be patient and harness a prodigious young player’s immense talent.

2) David Beckham (Real Madrid)
Few games have had quite as telling an impact on the modern game. Manchester United 4 Real Madrid 3 in the Champions League quarter-final second-leg at Old Trafford in 2003 ensnared Roman Abramovich, encapsulated the legacy of Ronaldo and gave David Beckham his last true Manchester United swansong. Still sporting the scar from the stray boot Sir Alex Ferguson had kicked at him in the aftermath of an FA Cup defeat to Arsenal two months prior, Beckham rose off the bench after the hour to put in the performance of a lifetime.

One sumptuous free-kick – the best of his Manchester United career – and a second goal did nothing to rescue Manchester United’s ailing hopes, but it caught Real Madrid’s attention. Beckham’s future had been in doubt for some time but the assumption was that Barcelona would sign him. But as the winger later remembered it, “all of a sudden Madrid’s players were coming up to me and having a chat while the football, this incredible match, was crackling on around us”. It was then that Roberto Carlos asked that fateful question: ‘Are you coming to play for us?’ After that game it felt inevitable.

1) Cristiano Ronaldo (Manchester United)
Gary Neville might consider himself fortunate to have been injured just this once. Ruled out of a pre-season friendly against Sporting Lisbon, he sat down to watch on MUTV and was left gobsmacked. “After the match I remember sending a text to my brother, saying ‘we need to sign him’ and apparently there was a lot of talk about him on the coach after the game,” he later recalled of seeing Cristiano Ronaldo for the first time. A jet-lagged John O’Shea, starting at right-back, was equally dumbfounded after trying to thwart the teenage winger. As manager Ferguson later told it, he insisted that ‘we’re not leaving this ground until we’ve got that boy signed’. The deal was done after Ronaldo inspired a 3-1 victory. He was a Manchester United player.

Having not done too badly at Old Trafford, history sort of repeated itself almost a decade and a half later. Juventus needed no introduction but they grew so tired of being bullied by Ronaldo – he scored ten goals against them in eight Champions League games, each at different stages of the competition – that they simply signed him. The European glory they expected him to be accompanied by has not arrived yet.