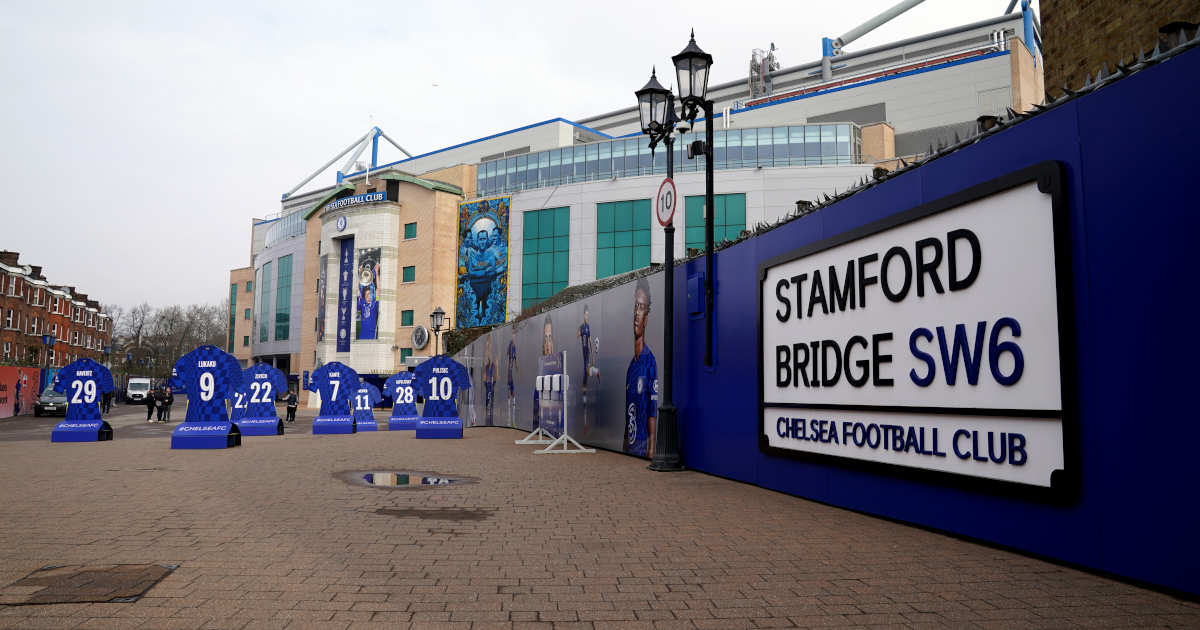 Chelsea are now up for sale, but this part of the Roman empire falling is likely to be complex, even if he doesn’t make money from it himself.

After 19 years, Roman Abramovich has formally put Chelsea up for sale. There’s a lot that we know and considerably more that we don’t know about the details of this, but here are ten pertinent questions as Chelsea supporters wake up to the prospect of a (potentially) very different future for their club.

1) Why is Abramovich selling now?
The obvious answer to this question is to wave your hands in the air in a ‘can’t you see everything that’s been going on?’ style, but there’s a bit more detail. No sanctions have been issued against him yet, and this has opened a window of opportunity for him to still cash out by selling the club. The decision to act now may have been taken because the Leader of the Opposition renewed his call in parliament for sanctions to be put in place against him. The government are the only people who can answer the question about why this hasn’t already happened, but it is worth noting that other countries in Europe have already started seizing the assets of some of his fellow oligarchs, including fellow Premier League fan Alisher Usmanov.

2) Can he sell now?
At the time of writing, there’s no legal reason why he can’t. This could, of course, change at very short notice (a lot of things have been changing at very short notice), but at present in a strict legal sense, yes, he can sell the club. Nothing has changed in that respect yet, though it may prove logistically complex, were he to actually intending to make any money back off the sale. Transferring money to him is already next-to-impossible because of sanctions already put in place. We assume.

3) But wasn’t he going to give the club away to its charitable trust?
That was the subject of a statement issued by Chelsea, but the feasibility of it happening was quickly reduced to practically zero. There was talk within 24 hours that the trustees of the charity had serious misgivings, and the Charity Commission subsequently wrote to the club with questions over what on earth was going on. The statement spoke of ‘stewardship and care’, but this phase has no legal standing, and that idea now seems to be dead in the water.

4) According the the last set of company accounts, Abramovich is owed £1.5bn; what happens to that debt?
According to Chelsea’s statement, Abramovich has said that, ‘I will not be asking for any loans to be repaid’. This can probably be interpreted in one of two ways; either Abramovich considers that he absolutely needs to sell now, or that a little bit of sophistry could be going on, because the amount owed to him could theoretically still be wrapped up into the sale price of the club, all of which leads us to…

5) How much are Chelsea worth?
Well, there’s a complicated question. In one sense, the answer could be ‘less than you might expect’. Chelsea, for example, don’t own Stamford Bridge. The freehold is owned by a non-profit organisation called Chelsea Pitch Owners (CPO), who also own the licence to the name ‘Chelsea Football Club’.

CPO is a highly influential organisation within the club. They blocked Abramovich’s attempts to buy the freehold in 2011 and attempts to move the club to the site of Battersea Power Station, and at the time of the European Super League fiasco in 2021, a strongly-worded statement from the CPO against the club’s decision in which they stated that they were ‘re-examining the current lease agreement’ was thought to be significant in the club’s decision to perform a volte face over joining.

But valuing a football club is an imprecise business. The players are assets, and their values can fluctuate wildly, while success or failure on the pitch can also impact on its value. Chelsea are the current World and European club champions of the game (and are still very much in this year’s Champions League), and that might increase its value.

When Abramovich was looking to sell in 2018, he reportedly had the club independently valued at £1.9bn but was then said to have rejected an offer from Britain’s richest man, Sir Jim Radcliffe, of £2.2bn. Forbes last year calculated the value of the club at £2.4bn, but these figures are pretty academic. With a football club, the answer to the question of ‘how much is it worth’ can only reasonably be answered with ‘as much as someone is prepared to pay for it’. You’ll see some very large numbers being thrown around over the next couple of weeks. Most of them will be blind guesses.

6) Who might be interested in buying the club?
A Premier League football club with regular Champions League access is sure to attract considerable interest from all over the world. Abramovich is reported to have offered the club to ‘at least four’ different groups, and the first to go public with his interest was the Swiss billionaire Hansjorg Wyss, who is reported to have partnered with Todd Boehly, part-owner of the LA Dodgers baseball team, to get a consortium together.

Wyss certainly isn’t cut from quite the same cloth as most Premier League club owners. Worth around £4.3bn, he has donated hundreds of millions of dollars to environmental charities and has more recently pledged money to politically progressive causes, with Forbes describing him as being ‘among the most philanthropic people in the world’. It seems unlikely that Sir Jim Radcliffe will revive his interest in buying the club, but there will likely be other interest too, particularly from America.

7) What’s this all this I’ve been reading about the profits from the sale going to the victims of the war in Ukraine, then?
Abramovich’s statement said the following:

‘I have instructed my team to set up a charitable foundation where all net proceeds from the sale will be donated. The foundation will be for the benefit of all victims of the war in Ukraine. This includes providing critical funds towards the urgent and immediate needs of victims, as well as supporting the long-term work of recovery.’

It’s not known exactly what form this might take, and guessing the motivations behind it is mere speculation (the wording is quite vague), but one plausible theory is that two matters are coming into play at the same time, here: firstly, the economic sanctions against both Abramovich and Russia in a more general sense may make him actually receiving any money impossible, and secondly he may consider that selling the club with no money going to himself could further delay or prevent sanctions against him personally altogether. His personal worth is estimated at just over £12bn anyway, so even losing every penny from Chelsea might be something he considers to be a worthwhile investment to make, if it protects everything else he owns.

8) What challenges might any new owners face?
The biggest medium-to-long term challenge that any new owners of Chelsea largely face is probably Stamford Bridge itself. The ownership of the stadium was a thorn in Abramovich’s side for a long time, but the CPO can at least say that they have protected it. But it does need work done on it. It currently holds 41,837 people, by far the smallest of a ‘big six’ club, and with little having been improved for quite a long time.

Old Trafford might be decrepit by modern standards, but it holds 75,000 people and this generates massive amounts of money for Manchester United. Stamford Bridge could not only do with being renovated, but it could also do with being expanded too, but this isn’t necessarily straightforward. Abramovich shelved plans to redevelop the stadium to hold 60,000 people in 2018, and reviving those would be expensive. It’s been suggested that this development would now cost £2.2bn.

9) What might happen to the other directors of the club?
It seems highly likely that a new owner for Chelsea would bring in a completely new roster of senior management, and it’s highly unlikely that the club’s current four key directors – chairman Bruce Buck, chief executive Guy Laurence and directors Eugene Tenenbaum and Marina Granovskaia would stay with the club. There’s nothing to suggest that either Thomas Tuchel or any of the players would be going anywhere as a result of this.

10) So, are Chelsea at risk, then?
Any sale of a football club carries a degree of inherent risk, but Chelsea are almost certainly not going to ‘do a Leeds‘, here. The club’s successes see to that. And if there is a risk, it’s unlikely to be as bad as things have been before for them. Chelsea spent much of the 1970s in financial ruin over their construction of the vast East Stand at Stamford Bridge, which resulted in them being sold to Ken Bates for £1 in 1982. They were also on the brink of insolvency when Abramovich got involved in 2003. No matter what happens next, it’s just about inconceivable that the club will find itself in anything like either of those positions again.