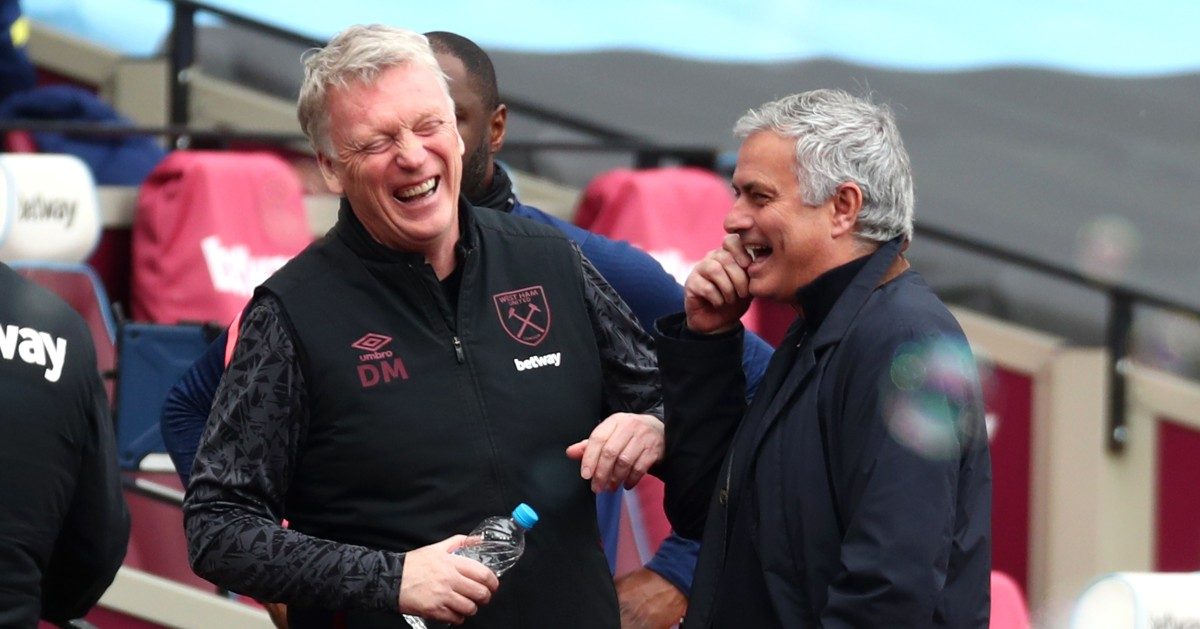 Tuesday marks one year since the last Premier League game with full attendance. West Ham and Liverpool would have fared differently with fans.

10) Aston Villa staying up
Dean Smith has spoken extensively about how Aston Villa used the lockdown to their advantage last season. They are a particularly interesting case as the only team to take part in both the final Premier League game before the enforced break and the first upon its return. The former seemingly spelled out their fate as a 4-0 thrashing at the hands of Leicester left them 19th and as close to Norwich in terms of points as they were Brighton.

It was their fifth straight defeat, including the League Cup final, with that run of form extending to 11 games without a victory by mid-July. Two wins and two draws from their last four matches kept them up by a point ahead of both Bournemouth and Watford, whose form collapsed without supporters. Above all else, Villa benefited from being able to go back to basics without feeling the need to entertain a live crowd: their games involved 3.21 goals from August to March but only 1.8 in June and July.

As the manager himself recently acknowledged: “I moved my coaching position because there were no fans and I was able to go up higher. I could see the whole picture and knew the players would still hear me.” And presumably he can hear Tyrone Mings.

9) The early 2020/21 goal fest
It is safe to presume Villa, as heartened as they were by a survival that allowed them to evolve into a far more balanced team that combined their new-found defensive resilience with an instinctive attacking flair, might not have put seven past champions Liverpool in ordinary circumstances. That baffling match came at the height of Premier League ludicrousness which conjured some peak Football Manager results: Manchester City 2-5 Leicester; West Ham 4-0 Wolves; seemingly every Leeds game finishing 4-3 to someone. Hell, it came a few hours after Manchester United 1-6 Tottenham.

It took 47 games for West Brom and Burnley to play out the first 0-0 of the campaign, since when there have been a further 24 goalless draws in 226 games – one every nine matches or so. The highest-scoring matchweek in Premier League history (44 goals) happened in late September but this last round of fixtures produced just 19 goals. Buzz Killington of Nerdville, xGshire, tried to tell us that everything would revert to the mean eventually. One day we’ll listen.

8) Defensive Jose Mourinho
“If the stats I was given are correct – 100 goals scored in the season, which for a very defensive team, a very negative team, is not bad,” said Mourinho after Hareth Kale helped Tottenham beat Crystal Palace 4-1. More than a third of those strikes have come against Maccabi Haifa, Marine, Wycombe, LASK, Ludogorets and Wolfsberger and they have played 427 games this season already, but they have scored ten more times than Manchester City and the MSM don’t want you to know that.

It does often feel as though Tottenham have reached that three-figure mark for goals in spite of Mourinho rather than because of him. It is doubtful that supporters would have excused what was being served up during the winter months for too long, particularly during that 13-game run from mid-December to late February when Tottenham scored more than once against only three teams: a malleable Leeds, relegation certainties Sheffield United and Sam Allardyce’s West Brom.

Even with all their enviable attacking talent, they have had fewer shots per game than Fulham and Wolves this season. That ‘early goal, defend, concede late equaliser in frustrating and avoidable draw’ routine would not have survived the first test screening.

7) Brentford’s collapse
Simple, really. Brentford outscored every other side last season in the Championship, with only Leeds conceding fewer and winning more games. An eight-match winning run that started in the last fixture before the break and carried them through to mid-July left them in control of their own automatic promotion fate. West Brom stuttered and spluttered to three wins in their final 11 games yet Thomas Frank’s side still contrived to finish below them and lose a disappointing play-off final to Fulham.

A victory in either of their final two matches would have done. A day after West Brom lost to Huddersfield in their penultimate fixture, Brentford travelled to struggling Stoke and gifted the Potters an unlikely victory. No matter, because QPR managed to hold West Brom to a draw at The Hawthorns on the final day as Brentford hosted bottom club Barnsley. Yet the sting was in the tail for the Bees, who lost 2-1 in a result that kept both sides in the division: Barnsley escaped relegation with three famous points and Brentford were consigned to the system devised by former chairman Martin Lange. He perhaps did not envisage his side losing in the play-offs a record nine times when he proposed them in the 1980s.

6) Frank Lampard being sacked
Roman Abramovich has not had to wait long for vindication. Chelsea remain unbeaten under Thomas Tuchel, who has vanquished Jose Mourinho, Jurgen Klopp, Carlo Ancelotti and Diego Simeone in the space of six weeks, helping the second-best squad in the Premier League realise something far closer to its potential in the process.

Chelsea might not have had the opportunity to appoint him and dispense with a club legend so unceremoniously if supporters were at Stamford Bridge. Frank Lampard’s underachievement with such an excellent set of players would likely have been punished eventually as there seemed to be no sign of him turning it around, but at the very least the decision would have been delayed by passionate fan chants and scrawled A4 banners of support.

5) Mikel Arteta being safe
The flip side to that is that some managers would have been in far more precarious positions if stadiums were full. Arsenal losing seven and winning just one of ten Premier League games from October 17 to December 19 might have put paid to the Mikel Arteta project. If not then his impeccable Scott Steiner impression would have forced the club to take proper and decisive action.

Some might suggest that Arteta has also benefited from both the fractious final days of Mesut Ozil being played out to no pantomime audience, with the coach also able to properly implement a style of passing out from the back which might have led to fire safety risks at the Emirates considering the potential fumes. But the Spaniard believes Arsenal have actually suffered, claiming in October that they “are unable to generate that synergy, that cohesion, that unity, that connection” as “there is something that you need and that is your people and your crowd”. Granit Xhaka surely doesn’t mind.

4) Manchester United’s unbeaten away run
The entire concept of home and away games has not been rendered completely moot, but Turf Moor is ostensibly no tougher a place to go than the AmEx Stadium in these times. Beyond travel, familiarity and the choice of changing room, it matters not what cavernous venue plays host to the latest knackered fare on offer.

Manchester United have made the absolute most of home advantage being neutered. After losing at West Ham, Newcastle, Bournemouth, Watford, Arsenal and Liverpool last season, they are unbeaten on the road in the Premier League since January 2020. Their current 22-game run without an away defeat is the third-longest in competition history behind a couple of Arsenal sequences in the early 2000s. With trips to Tottenham, Leeds, Aston Villa and Wolves remaining, there is a genuine chance that this Manchester United side becomes only the fourth in the 133-year history of top-flight English football to go an entire league campaign unbeaten away, while simultaneously finishing about ten points clear of the eventual champions.

3) Sheffield United being awful
There was always a chance that Sheffield United would drop off. The only team in Premier League history to finish in the top half with a leading scorer on six goals or fewer were slave to those fine margins: 14 of their games were decided by one goal in 2019/20, compared to 18 already this season. The only difference is that they won nine of those matches in the former and just four so far in the latter.

But this has been something else. A European push has become a side bound for the Championship from the opening months onward and while injuries have had an undeniable impact, Chris Wilder recently pinpointed a more immeasureable difference.

“I can rattle off half a dozen negative football clubs in the top two divisions that players didn’t enjoy playing in front of and supporters didn’t enjoy watching,” he said. “Our players love playing in front of the supporters at Bramall Lane and I’m sure they enjoyed our performances. I believe they played a huge part in turning losses into draws and draws into wins last season.” It is difficult to argue in relation to particular teams.

2) West Ham thriving
Imagine the reception in September when West Ham had made one first-team signing at the start of the season – that being the permanent capture of a January loanee – while selling one of their most promising youth players and retaining the managerial expertise of David Moyes as reward for finishing 16th and escaping relegation by five points. Mark Noble sorted out a pitch invader and Davids Gold and Sullivan had to be escorted from the London Stadium when a 3-0 defeat to Burnley left them in the same position and three points clear of the drop zone under the same manager in March 2018.

No team and no coach has profited more from that lack of visible and audible pressure during matches. West Ham are not the most fluid side to watch yet they are playing with more figurative freedom than anyone, Moyes simply being allowed to operate as he does so effectively without a historically exacting fanbase questioning his every decision. This is no West Ham Way but it has them in fifth and dreaming of the Champions League.

Not since 2001/02 have they reached double figures for home wins in a Premier League season. Beat at least two of Arsenal, Leicester, Chelsea, Everton or Southampton at the London Stadium by the end of the campaign and it would genuinely be one of Moyes’ best achievements. Only Manchester City have a better home record so far, which irrefutably would not be the case with supporters present.

1) Liverpool lose six at home
Since Jurgen Klopp pointedly celebrated the stoppage-time snatching of a 2-2 draw against West Brom in December 2015, his Liverpool side have developed a more symbiotic relationship with the home supporters. So long as the requisite effort was provided by the players, the fans would return that energy with interest. In turn, the team would feed off it and find that necessary extra gear to succeed.

The seeds that were planted then were cultivated against Borussia Dortmund, Manchester City, Roma, Everton, Manchester United and Barcelona in the months and years that followed. Burnley tore the roots up in January and the dust of a collapsed fortress Anfield are yet to settle.

Klopp has lost more Premier League home games in the last 47 days (6) than he did from his appointment as Liverpool manager in October 2015 to the end of December 2020. As tiresome as This Means More had become, perhaps it really did.