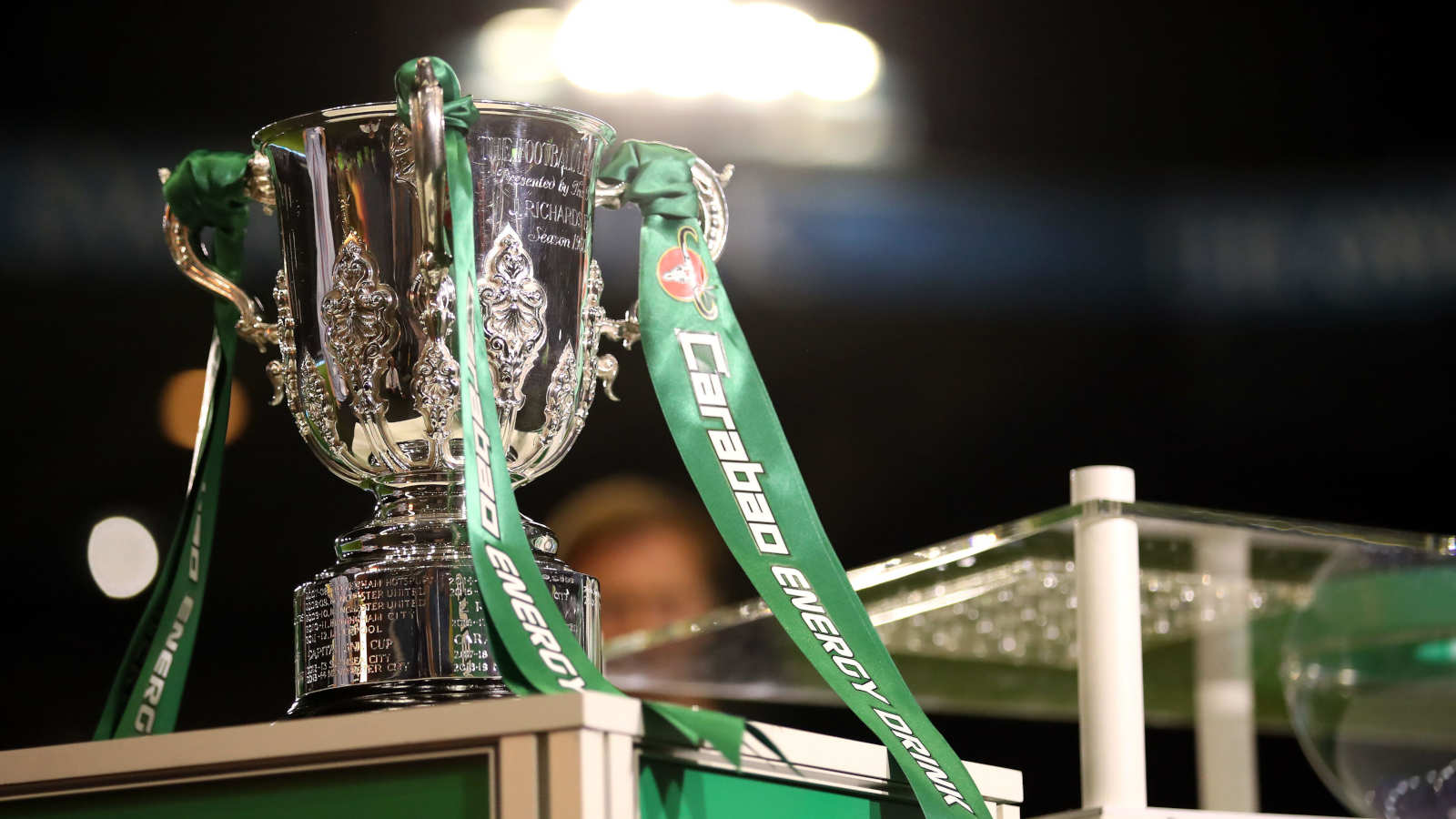 The Carabao Cup feels like a tournament that football in England can’t really afford when the fixture list is almost terminally congested.

There’s a chance that you might have missed this, but the second round of the Carabao Cup was played this week. This hasn’t been for a lack of media coverage; matches have been shown live on Sky Sports, highlights on ITV, and there have been reports in the newspapers. But this season’s European qualifiers weren’t playing – they’re exempt until the next round – and it was hardly as though the other Premier League clubs being in the competition made it that exciting, either.

Crawley beat ‘Fulham’, Leicester City required a penalty shoot-out after only drawing 0-0 with EFL returnees Stockport County and a couple of other teams beat opposition from a division above, but broadly speaking this wasn’t a week of football to make the hairs on the back of your neck stand on end.

The Football League/EFL/Carabao Cup has been the runt of the English silverware litter since its inception in 1960, and that it came to exist at all was due to a perception of stormy waters ahead, By the end of the 1950s, Football League crowds were falling quite precipitously from a high reached in 1950 during the post-war boom. Many clubs had also installed floodlights during that decade, opening up dozens of new potential dates in the calendar for more matches.

The Football League had initially planned this competition in conjunction with a reorganisation to five divisions of 20 clubs, a supposed rebalancing of the game which never came to fruition after clubs voted it down, with Division Threes North & South being replaced by Divisions Three & Four instead, but the proposed cup competition stayed.

The League Cup wasn’t initially that popular. It was a two-legged tournament from start to finish – the two-legged semi-finals still held each year are the last hangover from that – and some of the bigger First Division clubs, including Manchester United, Arsenal and Spurs, simply refused to take part.

When the final was moved to Wembley for the 1967 final the competition’s standing rose. It also helped that its first three years at Wembley featured two huge surprises, with Third Division clubs QPR and Swindon Town beating First Division West Bromwich Albion and Arsenal at Wembley, in 1967 and 1969 respectively. The offer of a European place to its winners didn’t do any harm, either.

Now labouring under the name of its eighth sponsor, the Carabao Cup still exists as a monument to football’s power struggles of the past. The League had boomed and was on the slide, but the FA Cup had retained its popularity, and this rivalry, which stretched back as far as the FA only reluctantly allowed professionalism and with a number of caveats in 1885, was the unwritten subtext to all of this.

Hardaker is often to have said that, ‘The FA Cup is football’s Ascot, the League Cup its equivalent of Derby Day at Epsom’. The FA ultimately won that battle in 1992, when they gave their blessing – and, initially, name – to the Premier League, but it was a pyrrhic victory. Having served their purpose, the FA’s involvement in their competition was quickly jettisoned. Everybody knows where the real power lies.

Bearing all of this in mind, there seems little to be misty-eyed about when talking about the League Cup. That’s not to say that the feelings of supporters of clubs who’ve won it are invalid – Swindon Town supporters have a moment that justifiably will live with them forever – or that it’s a waste of time entering it while it does exist.

It’s just that, in a football schedule that is literally groaning under the strains placed upon it by the pandemic and some ridiculous World Cup scheduling, there’s going to have to come a point at which a valve is turned to release the pressure, and it’s more difficult to make a case to keep the Carabao Cup than it is to put it out to pasture.

Every other competition has a clear and obvious reason for existing. The FA Cup is much-maligned, but remains the oldest football competition in the world, a piece of our shared heritage that we should hold onto in an increasingly fractured-looking world. The EFL Trophy, for all its many faults (a rant for another day), at least offers the supporters of two clubs from the bottom two divisions of the EFL a day out at Wembley. The FA Trophy and Vase do the same for non-league clubs.

But the League Cup? Well, it’s a piece of silverware, and that’s always welcome, while a case could be made that, at 62 years old, it does have something of a tradition of its own. And while the Europa Conference League place on offer to its winners can’t be considered one of football’s golden tickets, it might be most welcome to those clubs who wouldn’t otherwise qualify.

The amount that the winners of the Europa Conference League receive varies slightly from year to year, but last season Roma made just over £16.5m in prize money plus, of course, the gate receipts from all those home matches. This may still be small beer in comparison with the £100m Premier League clubs get from their TV deal, but it’s still an amount worth playing for.

But it does feel as though there is at least the potential for the game’s punishing schedule to reach some sort of breaking point. It is not normal, for example, that Liverpool should have nine injuries before August is even over. 63 games last season, two weeks’ worth of Nations League matches, a first pre-season match in Bangkok a month later, then on to Singapore, Germany and Austria makes it unsurprising, too.

Now there’s a case to be made that Liverpool’s injury status may be a little self-inflicted, but they don’t do those pre-season tours for no reason. They’re not idiots. Exact numbers are hard to come by as Liverpool don’t publish theirs, but it’s likely that they make more than the winners of the Europa Conference League do, from two or three matches.

One reflex reaction to the matter of fixture congestion is to complain that clubs should cancel these foreign tours, but this misses the point. These friendlies have a purpose, a reason for existing. They clearly bring in a lot of money and help clubs in marketing themselves overseas. We might not all agree with these reasons, but that doesn’t mean they don’t exist. Just like the FA Cup and all those other tournaments, there is a purpose for them being there.

It is regrettable that it is too late to put a hold on the competition for a season. The World Cup has been dropped into the middle of the schedule, and the opportunity could have been taken to give the Carabao Cup a rest for a season, with a view to retiring it altogether. But no, the football must fill every moment of the schedule. And should injuries from all of this follow, doubtless some will standing around scratching their heads wondering, ‘how on earth did all this happen?’, when the warning signs were there all along.