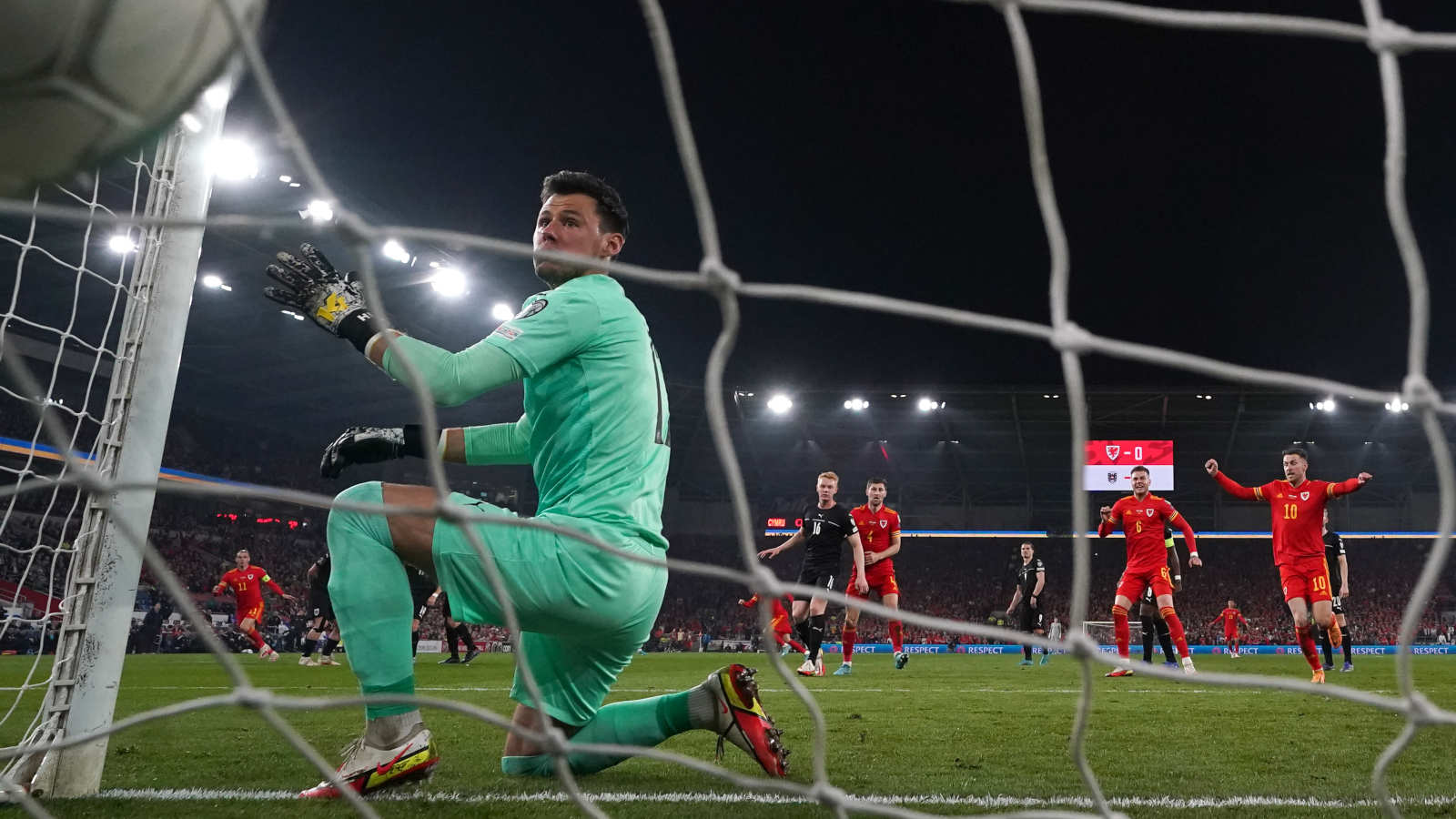 Gareth Bale fired two heavenly goals to send Wales to a World Cup play-off final, on an evening when an old master showed his class.

The story of Wales and the World Cup is littered with what ifs. Anfield 1977, and Joe Jordan’s punch. Cardiff Arms Park 1993, and Paul Bodin’s penalty rattling the Romania crossbar. And it’s easy to see how that sort of incident could impact upon the psyche of a team. Every time you get close to qualification, those moments start flickering across television screens again, names from the past, destined to haunt the present.

The clock has kept on ticking since their last qualification in 1958, 64 years now, and although their heroics at the Euro 2016 will live long in the memory and their Euro 2020 performance was primarily undone by a Denmark team that was a force of nature, it’s the World Cup finals that have continued to remain tantalisingly out of reach. Last time around, they were edged out of a play-off place by Ireland in their qualifying group, a huge disappointment.

But the optimism that blossomed in France six years ago has never really been extinguished. The Wales national football team remains in a clearly better place than it was for years. Gareth Bale and Aaron Ramsey, the heartbeat of the team, may be coming towards the end of their playing careers, and this match might have been their final chance to play in a World Cup for their country. But new players, such as Neco Williams and Harry Wilson of Fulham, are also coming through. The future looks bright.

On the one hand, this match was all or nothing. There were no second legs here, no away goals, no get-outs. By hook, crook, normal time, extra-time or penalties, this was going to be resolved tonight. But on the other, winning would only be half the story, and no-one even knows when the second half of this story will be told. 400 miles north of Cardiff, in Glasgow, Scotland were due to be playing their play-off semi-final against Ukraine, but circumstances have overtaken that match for now, so Scotland were playing Poland in a friendly match instead. But Wales went into the match knowing that winning would only edge them halfway to the finals.

For more than 20 minutes a feeling of skittishness haunted Wales. Austria dominated possession, and almost took the lead after just four minutes when Christoph Baumgartner was released through the middle by Marcel Sabitzer, cutting through the Welsh central defence like a hot knife through butter, but under pressure from the Williams, Baumgartner’s finish evaded the touch of goalkeeper Wayne Hennessey but, as a whole country held its breath, thudded out off the crossbar and harmlessly away. Otherwise things were understandably scrappy, but of the two teams Austria seemed to settle into their rhythm quicker. The atmosphere inside the stadium, which had been febrile at kick-off, quietened, as Wales sat back, looking content to try to hit Austria on the break.

But this all turned on its head midway through the half, and there was a hint of inevitability about the fact that it should be the talisman whose place in the team was being discussed earlier in the week should step up and prove exactly why his name simply had to be on the team-sheet. From the moment that Harry Wilson was bumped off the ball on the right hand side of the Austrian penalty area, everybody inside the stadium knew that Gareth Bale would want the free-kick.

With the ball in his hand, everybody could see the tightness of the angle and how small the window would be through which he’d have to thread it. And when he stepped up, there was something almost pre-ordained about the perfection of his contact with the ball, sending it spinning over the wall, curling away from the goalkeeper and grazing the underside of the crossbar before bulging the net. Of course it was going it. It was Gareth Bale, on his 101st cap for Wales. What on earth else was ever going to happen?

The goal proved to be the perfect emollient for Welsh nerves. As the half continued to progress, they continued to settle into the game, and even came close to doubling their lead when one of their breaks came good. Dan James and Harry Wilson forced a two-on-one through sheer force of will, and Wilson released Aaron Ramsey on the right, only for his superb shot to be tipped just wide by the Austrian goalkeeper Heinz Lindner. The half-time whistle was greeted by a huge, guttural raw from the home crowd. They were halfway towards being halfway there.

If Austria were hoping to regain some of their earlier momentum at the start of the second half, their optimism lasted for six minutes. From a short corner worked by Ramsey and James, Ben Davies touched the ball back to Bale, who sent a delectable rising short wide of the goalkeeper and inside the far post. A wall of noise washed over The Cardiff City Stadium. Wales had a foot in the next round, with forty minutes left to play.

But perhaps Wales wouldn’t be Wales without a nerve-shredding ending. After 64 – that number again – minutes, Sabitzer, who was Austria’s best performer throughout, tried a speculative low shot from the edge of the penalty area which deflected off Davies’ leg, span up and over Hennessey, and bounced over the line to bring Austria right back into the match. An atmosphere that had finally allowed itself to be lustily confident with Bale’s second curdled and became skittish. Austria pressed hard in search of an equaliser, and gaps started to appear as the Welsh defence creaked.

The urgency of the Austrian need for a goal pushed them forward, but it did leave gaps at the back, and twice Daniel James broke through, one time bringing an excellent save from Lindner, another dragging the ball across the face of goal and wide. But for all the pressure that Austria put Wales under, they didn’t create many clear-cut chances themselves. In stopppage time, Sabitzer had a shot blocked and Michael Gregoritsch saw his follow-up saved by Hennessey. The biggest cheer of the four extra minutes came when Bale, clutching his hamstring, left the pitch, his work for the evening very much done.

What happens next, is anybody’s guess. Wales will play somebody for a place in the finals, but it remains to be seen whether Ukraine will be able to fulfil their play-off semi-final against Scotland or not. Scotland’s manager Steve Clarke is unsure of whether that game will be able to take place, and the sad truth is that if Ukraine are unable to play this game at that point, they may have to be eliminated from the competition without kicking a ball.

But Wales won’t be worrying about that at the moment. Gareth Bale’s brilliance saw them through to the final, and for all the tension of the last 25 minutes of the game, the truth is that Austria seldom directly threatened the Wales goal. It was a performance of maturity throughout the team, and had Daniel James taken his chances, they would have been through by a considerably more comfortable margin. As it is, Welsh fans can start looking forward to June and the new most important match in the history of Welsh football. Just don’t start thinking about Joe Jordan.