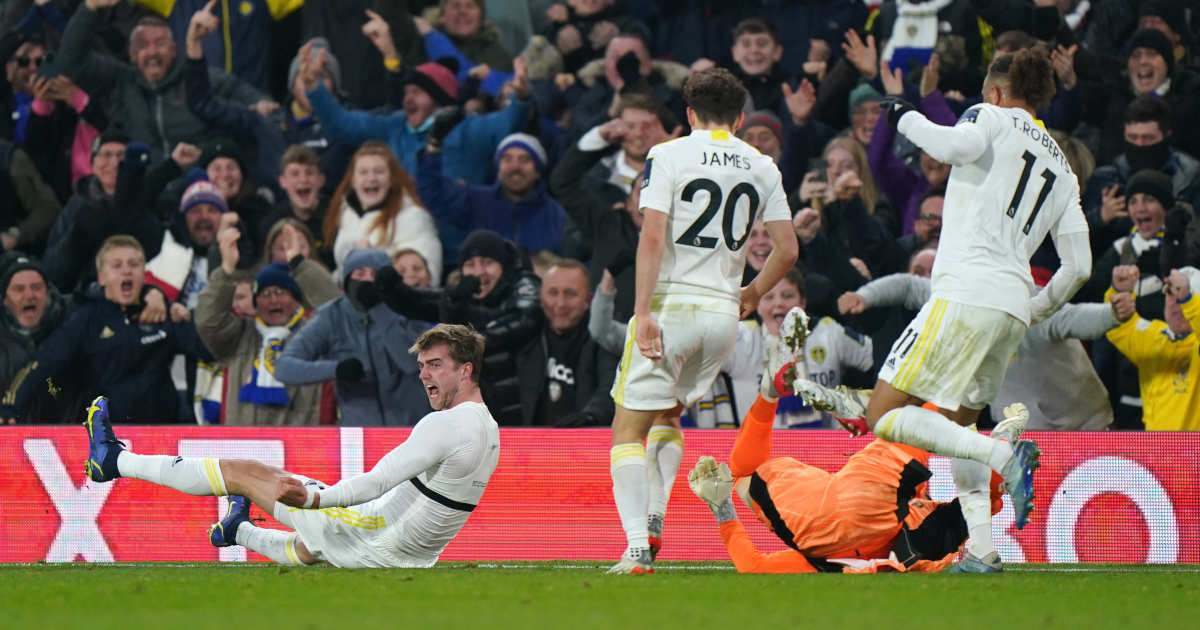 Leeds United CEO Angus Kinnear attracted derision for his comments about the Crouch report, but they’re not surprising, considering how the club’s value has grown.

Small wonder the CEO of Leeds United wants football to stay exactly the way things are right now – off the pitch, at least. Angus Kinnear’s comments in the Leeds United programme before their match against Crystal Palace have been roundly condemned. Comparing the possibility of an independent regulator to one of the most brutally unsuccessful socio-political experiments of the twentieth century wasn’t quite the gimme that he assumed it would be.

‘Football is a private sector business and has flourished that way. Enforcing upon football a philosophy akin to Maoist collective agriculturalism (which students of ‘The Great Leap Forward’ will know culminated in the greatest famine in history) will not make the English game fairer, it will kill the competition which is its very lifeblood.’

Kinnear didn’t bother to inform anyone why a slightly more equitable distribution of football’s vast riches would be akin to the senseless ideologically-driven slaughter of tens of millions of people, of course, or even how it would ‘kill the competition which is its very lifeblood’. And he certainly doesn’t seem to have realised that comparing 30-45 million deaths by starvation, execution, torture, forced labour and suicide with an attempt to make the Premier League share some of its financial resources with the rest of the game might have been a little, well, distasteful.

At least we now have some idea why Kinnear should have been getting so jumpy about all of this, with the news that Leeds could be set to be taken over by 49ers Enterprises, the investment wing of the San Francisco 49ers NFL franchise. This organisation has been involved at Elland Road since not long after Andrea Radrizzani purchased Leeds for £45m in 2017, with their initial 10% shareholding in the club having since swollen to 44%.

Any sale of the club would also finally return ownership of Elland Road and the club’s Thorp Arch training ground back under the club’s direct control for the first time since 2004. Radrizzani triggered a buy-back clause upon taking ownership of the club at a reported cost of £20m, but the two properties have remained under the ownership of a separate company. Completing this takeover would return them under the same ownership as the club itself.

Since promotion to the Premier League the value of Leeds United has grown to more than £400m, with this sale suggested to be worth as much as £475m. With a ten-fold profit to be made for just over four years’ involvement in the club, it’s not surprising that one of its directors should be angered by the possibility of anything negatively affecting that valuation. The buyout has a deadline of January 2024. Should an independent regulator be written into statute, it’s widely expected that they’d be in place by then, unless Premier League clubs’ lobbying to get the matter kicked into the long grass until after the next general election is successful.

But again, the owners and senior directors of Premier League football clubs are proving why the game needs regulation through these comments, and in the programme notes for the Brentford match, Kinnear was back for round two. ‘Prominent commentators claimed my opinions on wealth redistribution would not have been the same if Leeds United were still in the Championship, but they couldn’t be more wrong,’ he said, before adding that ‘the proof of this is that when we were members of the EFL, we were not focusing on hand-outs or redistribution but, among a small number of other clubs, were challenging what we believed to be a woefully undervalued EFL media deal’. Well, Andrea Radrizzani seemed pretty focused on parachute payments in 2017, for example.

Kinnear went on to add that ‘the notion that it might not be such a good idea to partially hand over the keys of our national game to the same government that has just blown £37 billion on Track & Trace is worthy of consideration, not outrage’, which would be a semblance of a coherent argument were it not for the fact that the independence of an ‘independent regulator’ is right there in the name. The collapse of Northern Rock, for example, led to tighter regulation of the financial sector rather than anyone saying ‘well, in that case we probably shouldn’t bother trying to regulate anything in the financial sector’, and Kinnear, we assume, is not so stupid to have failed to grasp this.

He knows fully well that there is a reason why Andrea Radrizzani was able to purchase Leeds United for £45m in 2017 and potentially sell it for ten times that amount four-and-a-half years later, but he doesn’t see the problem with this precisely because he is one of the people who benefits. That one promotion can cause such a fluctuation in the value of a football club is not a good thing; it’s a symptom of a wholly dysfunctional marketplace if a club can increase its value so dramatically as a result of one promotion, and it should also be remembered that before picking up four points from their last two matches thanks to two very late goals, Leeds were in 17th place in the Premier League table, only one above falling back into the Championship themselves. What would the club’s value be if they were to be relegated back into that division at the end of this season?

From 2004 to 2017, Leeds United were the absolute poster boys for the dysfunction at the heart of English club football. The whims of an owner who believed that Leeds could achieve perpetual Champions League football kicked off a chain of events that led the club to administration, and then to League One, as a succession of bad owners failed to revitalise them. Andrea Radrizzani has revived Leeds United, but it is important to remember that this size of return on investment is absolutely not normal, and that, as members of the Premier League now, it is very much in Leeds United’s interests to keep the hopelessly lop-sided world finances exactly the way they are.