Thiago looks set to join Liverpool for £25million. What a bloody brilliant signing... 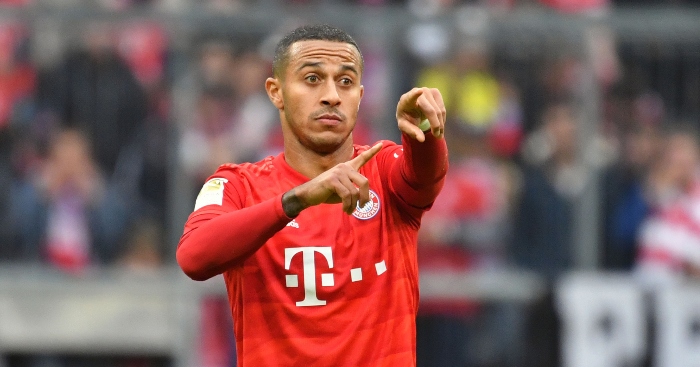 £25million. That’s £2million less than Leeds’ new striker, £3million less than Aston Villa paid for Ollie Watkins; Chelsea could have bought eight Thiago Alcantaras with their summer outlay. Who needs imagination when you can pull off such an obviously brilliant signing?

Thiago is a wonderful footballer. And whether or not Liverpool actually needed another dimension to add to a title-winning midfield, the Spaniard provides that different option: a technician to add to the abundant energy; a cool head on the functional shoulders.

Jamie Carragher had been calling for Liverpool to add to their squad, to add a new lease of life, and he believes Thiago fits the bill.

“Liverpool have got five or six midfield players – they rotate well because they need energy in that position – but a lot of the players are pretty similar. Thiago would be something different.”

Liverpool essentially have runners in midfield. They are skilful, of course they are, but they serve primarily as a mechanism to win possession, as engines to wear down the opposition. The football they play is relentless and admirable; it’s knackering, even to watch. But it’s not beautiful.

Thiago offers an aesthetic that was not exactly lacking – they clearly didn’t miss it – but wasn’t there. He can take the ball under pressure, recycle it better than anyone and his range and speed of passing, along with its progressive nature, now gives Liverpool a different facet to their game; another point of attack or a bona fide Plan B.

Flashback to a Masterclass pass from Thiago and the finish from Josh 😍 pic.twitter.com/qdMS8o6gja

Liverpool attack from wide. Whether it’s passes down the flanks or in the channels, or crosses from Trent Alexander-Arnold and Andy Robertson, that is where they will hurt you. Stop that supply line and you tame Jurgen Klopp’s side. That has proved nigh-on impossible, but that is the theory, and it has – very occasionally – worked.

Klopp often has his full-backs drilling cross-field balls to each other, opening up space for one or the other to cross. But if opposition defenders and midfielders are well-drilled enough, sit deep and slide across the pitch at speed and in unison, Liverpool can find it difficult to break through.

A ball at the feet of a central midfielder was unlikely to directly lead to a chance. Of course it sometimes would, they certainly have enough talent, but it would be worth hedging your bets to ensure others were kept quiet. The front three and the full-backs particularly, require far more attention than those in central midfield. Time for Georginio Wijnaldum on the ball can be dangerous, whereas space for Alexander-Arnold – for example – is fatal.

Thiago now makes the conundrum of facing Liverpool difficult in theory, as well as in reality. Time for him on the ball means, firstly, you won’t see it for 90 minutes, and also offers the chance of suffering through a supply line from the middle of the pitch, as well as from wide. Balls can be switched from one wing to another, or fed into Thiago, sitting deep and picking passes through, over or round the lines. There’s no limit to what he can do with the ball at his feet.

Manchester United and Chelsea fans will claim their acquisitions are better. Donny van de Beek and Kai Havertz offer the chance of prolonged quality, given their age. But neither of them – at this stage – are likely to have anywhere near the immediate impact of Thiago. At 29, he arguably still has his best years ahead of him and has the experience and sort of game that’s more easily transferable to the Premier League, particularly in a team that’s already so dominant.

Thiago will hit the ground running, or strolling, as is his wont, keeping the ball and picking apart defences as he goes.

Liverpool could do with another one or two before the deadline – their squad is still thin. But a couple of further bodies and they may just win the transfer window as well as another Premier League title. Wouldn’t that be a slap in the face for the idiots who doubted them…