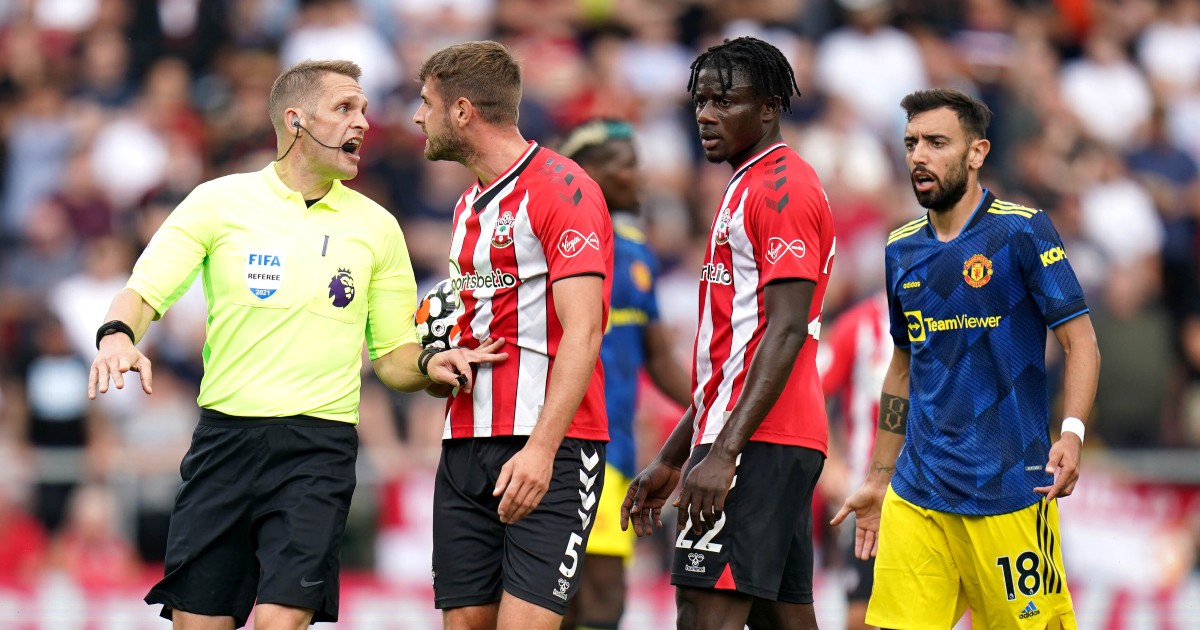 When it comes to offside decisions and fouls, the lines have either become thicker or more blurred. Jurgen Klopp is not the only one shocked.

Have you spotted the thicker lines yet?

Mike Riley, head of the PGMOL, is keen to tell everyone about them being applied to offsides this season. How thick is, should or can a line be and what is the thickness based on? We’re not told. They’re just thicker.

In reality this is little more than a confected excuse for resurrecting an old-fashioned concept we used to call ‘looks about on, that’ which had been in effect since about 1863 and had served the game very well. So we’re trying to get back to that. Trying to get back to a time before VAR. Trying to turn VAR into VAR-lite. Good. This is progress.

The outcome of these undefined but thicker lines is to ensure some of the sort of super-narrow offside decisions that drove everyone mad will not now be made. But try telling that to Callum Wilson. The Newcastle United striker was awarded a penalty against Aston Villa before being judged offside and the penalty was cancelled. The thicker lines seemed absent when Wilson’s toes were deemed to have strayed.

He had gained zero advantage by the front 10% of his foot being ahead of the last defender and it certainly didn’t inspire the keeper to attempt to decapitate him. It was an offside, impossible to call in real time, ‘looked on’ and yet called off, denying an important penalty for Newcastle.

The thicker lines were not thick enough, apparently.

And yet, VAR’s officiousness did not overturn the referee’s handball decision against Jamaal Lascelles, a handball which was inadvertent and what we used to call accidental. The sort of handball that was supposed to have stopped being called handball, in fact. Referee David Coote obviously hadn’t got that memo. He looked nervous, weak and afraid to trust his own eyes. Indeed he didn’t have to. If he got anything wrong someone would tell him in his ear. That was clearly his policy. That doesn’t lead to better on-field decisions, it leads to worse ones. When you’ve got a get out of jail free card, you’re going to take it every time and likely to concentrate less knowing if you make a wrong decision, it would be VAR that would get the blame. Hence the poor call for handball. Whose fault actually is it? The referee or the VAR? Or both?

It is also noticeable that at the same time the lines are supposed to be thicker, what is and isn’t a foul has been changed so that you can now clatter into someone with great gusto and get a free pass. Mike Dean let some challenges go on Saturday that last season would’ve been a foul and a yellow card. Given the rules haven’t changed, how are players supposed to be able to judge what you can get away with and what you can’t? Most of us want a less prissy, more robust game with tackles that win the ball but take the man while doing it usually not penalised, but you can’t just introduce such a change to refereeing on the quiet, by whispers and assumptions. Jurgen Klopp and Ole Gunnar Solskjaer are already moaning about the increased physicality, more, I think because it is happening by stealth and they were not prepared for it.

Because fans are new to being back in the stadiums, maybe they can put up with some of this refereeing nonsense for a while. There’s no doubt that the joy of just watching live football overrides pretty much everything at the moment and it is so bloody fantastic to have everything back to normal. To an extent, because it is new again, even the bonkers VAR decisions are entertaining or funny, as we laugh about how great it is to be back. This will fade with time, become more aggravating with repetition and more unacceptable as a result.

Just throwing the whole VAR system out when so much has been invested in it in terms of credibility and even emotion, was probably too brave an act to expect – even though it would be universally welcomed – but a long-term fade-out is much more likely. Riley’s thicker lines policy was the first stepping stone in that direction even though it has not been universally or evenly applied. Originally the system did not offer this sort of vagueness but the exact opposite: accuracy. So the system has backed away from its original intention and selling point. It will back off further yet to stop spoiling the game.

VAR was brought in to clear up controversy and yet it made even more, inserted a joyless coitus interruptus clause into the scoring of any goal, slowed everything down and made no-one happier, not even those who thought it would.

Once it has been dialled down, there can be no dialling it back up again. And even though no-one is going to admit this, the fuss we have kicked up over the last couple years has caused this rethink or retreat to happen.

If we hear that ‘VAR is working much better this season,’ what they really mean is it’s being used much less, slowly returning the game to what it was before the VAR nightmare was ever dreamed of, which is all we’ve ever wanted.