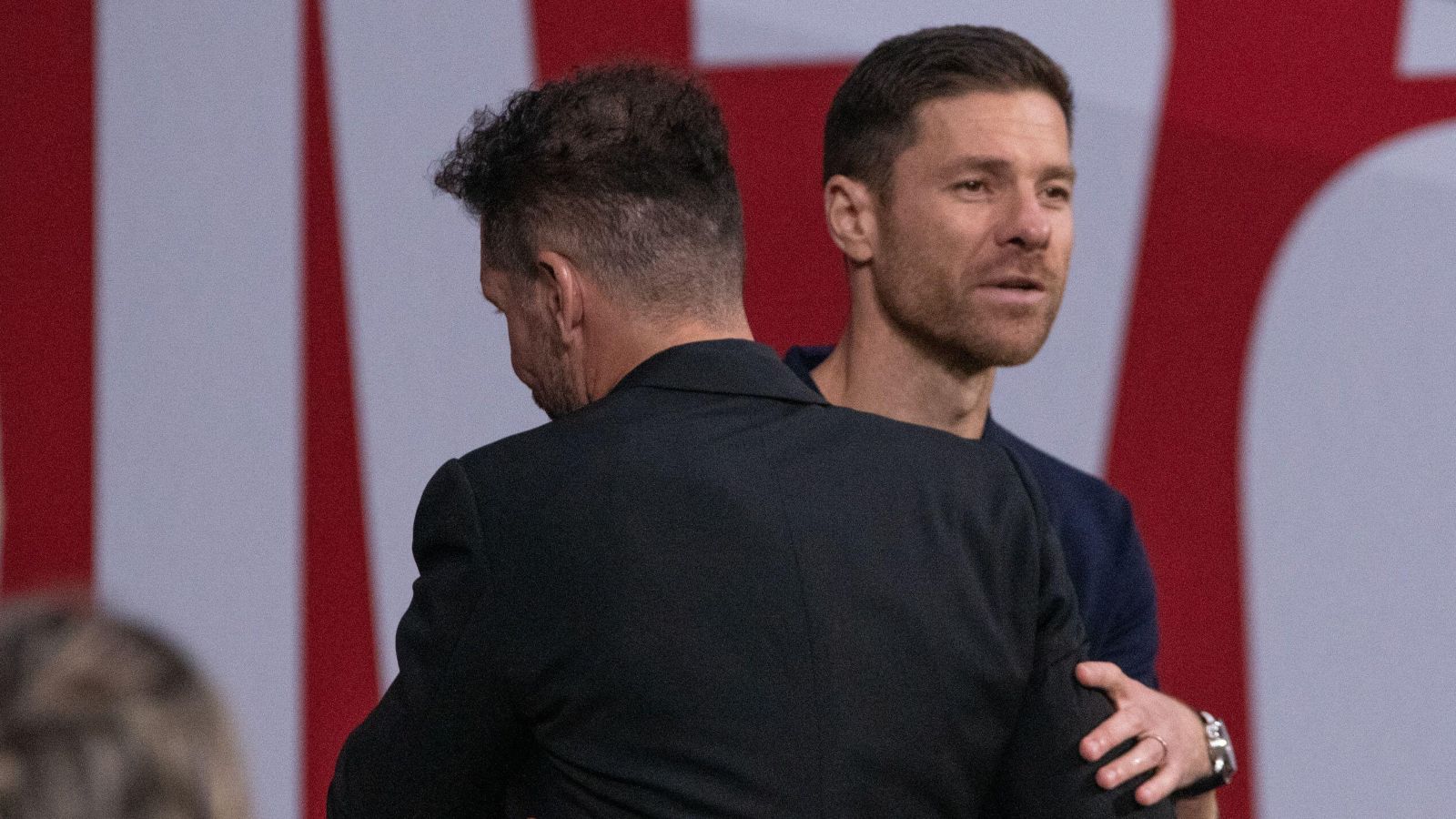 It is broadly fine to be staunchly Jurgen Klopp Out if you absolutely must, but the main candidates to replace him at Liverpool are laughable.

These are the 10 favourites to become the next permanent Liverpool manager ranked by best odds available at oddschecker.com. The names themselves are definitely not a reflection of our actual thoughts.

10) Brendan Rodgers
Liverpool sacked Brendan Rodgers so long ago that when the live Sky Sports studio reaction of tactile pundits Thierry Henry and Jamie Carragher went viral, the innumerable clips were published on Vine. It was a simpler time, when Tancredi Palmeri and Andy Tate shaped the narrative of the entire sport.

The decision to part with Rodgers was made in a haze of transfer committee scepticism and on the back of five 1-1 draws in his last six games; Liverpool managed to score first in each, which is a trait they would not mind rediscovering over seven years later, but the red writing had been scrawled on the wall since an underwhelming 2014/15 season culminated in a 6-1 thrashing at Stoke.

Jurgen Klopp dismissed the idea that Rodgers’ demise was about results when he discussed the situation in October 2019. “For the public, when a manager gets the sack, they think he lost his football brain or something. That is not how it happened,” he said. “Whatever it was I do not know, but it was not his quality as a coach. But of course, expectations and relationships, whatever, between who and who, if that does not work anymore the club has to make a decision.”

The German will hope such a time is not imminent now but Rodgers is unlikely to be at the front of the queue of replacements either way.

9) Graham Potter
In the multiverse of Premier League managerial madness, there are alternative timelines in which each of the Big Six gave Graham Potter his first seat at the top table.

It’s not exactly going to plan at Chelsea thus far, but it does feel as though they simply blinked first in dragging away Potter, who surely featured somewhere on the succession plans of the aforementioned. And probably Newcastle, too. He would have fit Liverpool after a couple more years on the south coast but it is not to be.

8) Antonio Conte
Unlike Virgil van Dijk, Conte has never lost at Anfield. But that is roughly where Antonio Conte’s suitably to the Liverpool job begins and ends. The Italian would completely and irreparably break Thiago, turn Nathaniel Phillips into a prospective England captain and tear his hair implants out watching Darwin Nunez. It would be unadulterated fun but the two players Liverpool have signed from Juventus this century are Arthur Melo and Christian Poulsen so it just wouldn’t work.

7) Diego Simeone
Perhaps the most incompatible choice possible, considering the sheer volume of p*ss the Argentinean boiled by daring to beat Liverpool at Anfield in March 2020.

“I don’t understand with the quality they have the football they play. They could play proper football. It doesn’t feel right,” moaned Jurgen Klopp. “They’ve celebrated as if they’ve won the tie after the game,” said Andy Robertson after Atletico won the first leg of their last-16 clash, before proceeding to win the tie. “Putting loads of men behind the ball – great players at that – what’s genius about that?” asked Michael Owen.

It was an utterly nonsensical reaction that will sadly preclude Simeone parking a home bus in front of the Kop and creating a media furore every week when he refuses to shake everyone’s hand. Shame.

6) Xabi Alonso
A whole 10 games into his senior managerial career – with a record of four wins, three draws, three defeats, 18 goals scored and 15 conceded – Xabi Alonso is the current sixth-favourite to become the next permanent Liverpool manager. Mind you, the actual James Milner is 12th behind this sorry lot and Rafael Benitez – and you don’t have to go too much further to find David Moyes and Jose Mourinho. The paucity of options is stark.

Well an ex-Rangers coach once seemed destined for the role before slipping on his stepping stone so you never know.

Was Henrik Larsson throwing his weight behind the 57-year-old? Had Packie Bonner backed the surprise candidate? Or did Paul Slane, he of a solitary substitute appearance for Celtic in 2012, give Postecoglou his clickbaity blessing.

The latter of the three, of course. And as phenomenal a job as Postecoglou has done in Glasgow, it would be quite something for Liverpool to replace Klopp with a manager two years older and currently in only his second post outside of Greece and Australia.

4) Julian Nagelsmann
It would all feel a bit Andre Villas-Boas, wouldn’t it? There would be a ludicrous release clause to pay, general cynicism and distrust over his fashion sense and obsession with nerdy tactics and such, and probably a humbling, Welcome To The Premier League defeat to someone like Bournemouth.

Throw in the fact that both James Milner and Adrian are older than Julian Nagelsmann and you have a recipe for disaster despite it making more than a semblance of sense. He probably fancies supercharging his CV with some Bundesligas before heading elsewhere anyway.

3) Steven Gerrard
The equivalent of an entire season of disappointing, distinctly unclear Premier League management has only dropped prodigal son Steven Gerrard to third in the market. It felt like he merely had to do an adequate job at Aston Villa to stay ahead of the pack but there will need to be a revision and a rebuild at some point lower in the ladder to regain that footing.

Gerrard has a Premier League win percentage of 32% as a manager. A selection of top-flight coaches, all of whom were in charge for more games, who have a better record includes: Javi Gracia, Howard Kendall, David Pleat, Roy Hodgson, Alan Curbishley and Dean Smith. None of them Know The Club or have the requisite DNA, mind. Still, if Gerrard is to be next Liverpool manager then it stands to reason that Klopp has ridden out the current storm and hung around for a good few years.

2) Thomas Tuchel
An unlikely and surely unique hat-trick awaits Thomas Tuchel. Having already followed in the footsteps of his compatriot at Mainz and Borussia Dortmund, the prospect of history repeating itself with Liverpool is tantalising.

“Our owners are rather calm and expect from me to sort the situation and not thinking that somebody else should sort it,” Klopp said in September at the difference between his job security at Liverpool and that which Tuchel did not enjoy at Chelsea under Todd Boehly. But things have deteriorated since on Merseyside and minds might really start to wander to one of the few managers who would not represent a significant downgrade on the current incumbent and is temptingly available.

Whether it would work or not is unknown; Tuchel doesn’t seem like a particularly natural long-term fit under any boardroom hierarchy, despite the relative guarantee of short-term success. But based on this field he should keep himself free for the next few months just in case. Don’t, for instance, go jumping at the Tottenham job should that come up, even if it is the manifest destiny for all former Chelsea managers.

1) Pep Lijnders
Who better than the author of a self-described “counter-pressing bible” to replace the man he has worked alongside for four remarkable years? The timing of Pep Lijnders in releasing a 400-plus page book entitled ‘Intensity’ at the precise point Liverpool appeared to have lost theirs has not been lost on the fans, but the suspicion lingers that if Klopp were to personally choose his successor, it would be his right-hand man.

Lijnders certainly knows the structure and current philosophy; it would be something of a return to the Boot Room and probably Mean More than any other managerial appointment in history. It almost doesn’t matter that his only previous experience in senior management was the five months he spent in charge of NEC in the Dutch second division almost five years ago, although it does matter a bit.

Long story short: Klopp out all you will, but do bear in mind that someone has to actually replace him and right now the options are stark.