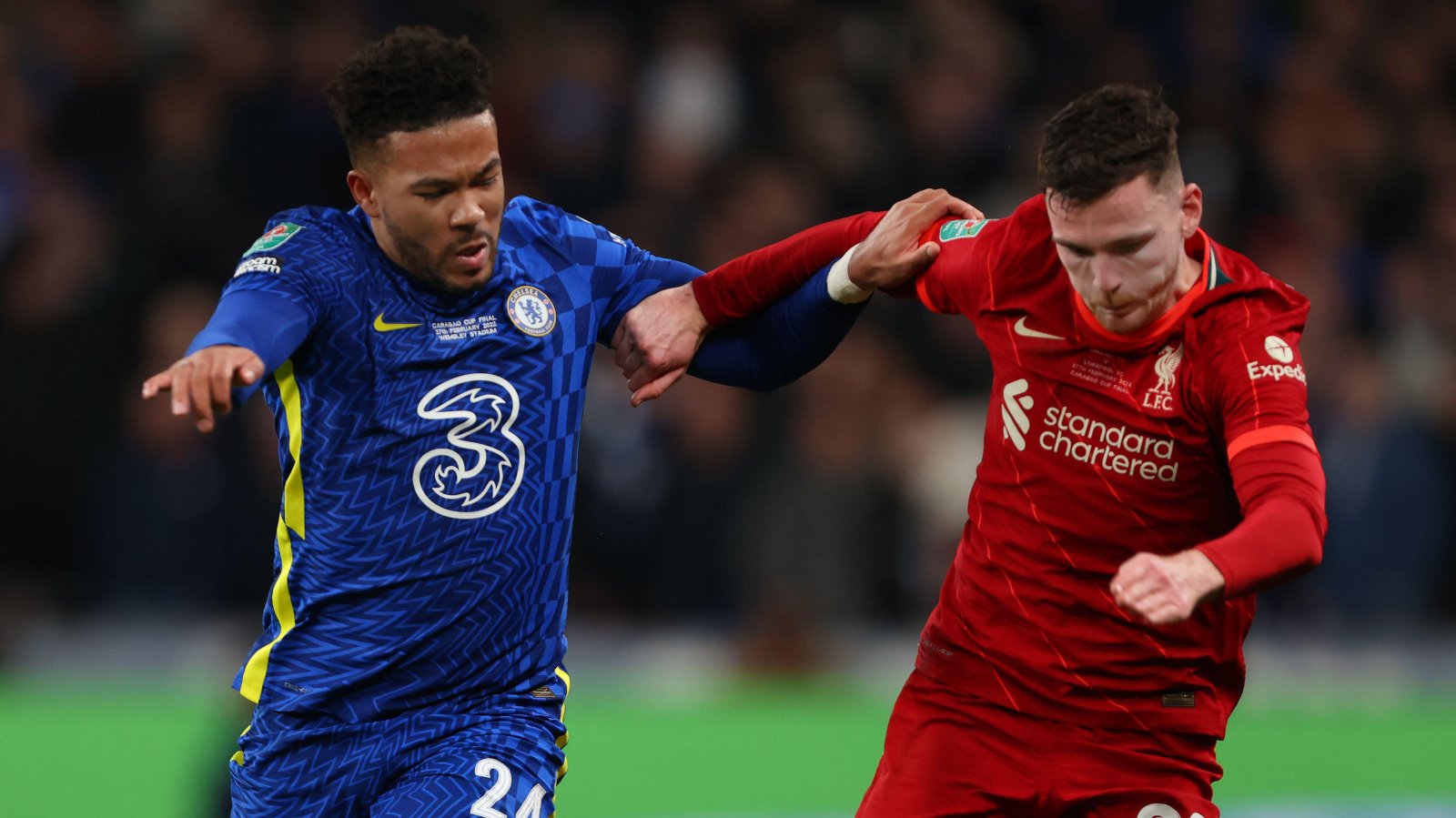 Manchester City and Liverpool have a couple of full-back representatives each, while at least two more of these ten are on their radars.

10) Matty Cash
No outfielder played more often in the Premier League this season than Matty Cash, who missed a combined 40 minutes in being substituted early against Everton in September, Wolves in October and Watford in February, but was otherwise the closest thing to a constant in a mixed Aston Villa campaign. The right-back was named the club’s Player of the Season after scoring more Premier League goals and matching the assist production of 2020 winner Jack Grealish. His final-day rendition of Jamie Mackie almost robbed the former Villa captain of the title, too.

Had Cash been told in the summer that he would become a full international attracting £40m interest from Atletico Madrid under the management of Steven Gerrard this season, the 24-year-old would have feared for his safety and demanded that you were removed from the premises. But he is headed to the World Cup as Poland’s new right-back as just reward for his model consistency.

9) Rayan Ait-Nouri
It was Nuno Espirito Santo who brought Rayan Ait-Nouri to the Premier League, loaning the French youth international in from Angers and not being put off by his last appearance for the Ligue Un club: a 6-1 defeat to Paris Saint-Germain. Despite starting just 18 games in his first campaign, Wolves were sufficiently impressed and ensured Bruno Lage would permanently inherit the defender on a five-year deal worth £9.8m.

By December, the suggestion was that Wolves would have to resist attention in the 20-year-old from Liverpool, Manchester City and Spurs, with half of any sale proceeds due to Angers as part of the initial deal. Ait-Nouri certainly earned those admirers with some standout performances, dislodging Marcal from the starting line-up after two frustrating months and rarely surrendering that place outside of injury and rotation requirements.

8) Tino Livramento
A quick scan of the previous winners of Chelsea’s Academy Player of the Year award underlined the task that Tino Livramento encountered in establishing himself as a first-team fixture. Dominic Solanke joined Liverpool within a couple of years. Fikayo Tomori was farmed out for experience in the Championship. Mason Mount’s reward was a season of work experience with Vitesse. Reece James received a four-year contract and a breakout year at Wigan. Conor Gallagher had a pair of second-tier loans. Billy Gilmour was promoted to the Chelsea first team. Four exceptional Cobham alumni spent this season as regular starters in the Premier League, one was firing Bournemouth into that division and another established himself as a Milanese icon.

2022 Academy Player of the Year award winner Harvey Vale has an even more overbearing shadow from which to emerge following Livramento’s debut senior campaign. The teenager could have stayed at Stamford Bridge and waited patiently for his chance but instead branched out and trusted his talents. So, too, did Ralph Hasenhuttl, who leaned on the Englishman extensively until his knee issues surfaced in December before being exacerbated in April. The forlorn hope is that he can return in 2023 at something close to his potential.

7) Kyle Walker
Roy Keane explained that Sadio Mane had managed to win a penalty for Liverpool against Manchester City in November 2020 “because he’s up against an idiot”. He added, of Kyle Walker, that “this guy is 30 years of age, an international player, he’s a car crash,” and now you’re going to re-read that in his voice and absolutely hear it.

After another draw against the same side in October, Keane pulled those punches ever so slightly. “I’ve been critical of him in the past,” he admitted. “He makes too many mistakes and he relies on his pace to get him out of trouble but he’s had a very good career. I can be quite critical with defenders, especially when it’s a head job.” Matron.

“That’s what irritates me,” he continued. “The concentration – but big player for Man City and England so the kid’s doing something right.” Keane then named the 31-year-old kid in his all-time Premier League XI in February. This is what the world’s greatest chest control can do to a man.

6) Tyrick Mitchell
Quite what they are feeding full-backs in the Crystal Palace youth system is a mystery but after selling £50m worth of magic Aaron Wan-Bissaka beans to Manchester United purely on the basis of his slide tackling, the Eagles might consider trying similar with Tyrick Mitchell. The 22-year-old has been an absolute menace at left-back for Patrick Vieira, making the most defensive-third tackles (74) of any player in Europe’s top five leagues and, crucially, taking the fourth-most throw-ins (366).

The line bears repeating, and not just because of the need to fill out a word count: Crystal Palace’s left-hand side is in safe hands for as long as Wilfried Zaha organises the party at the front to Mitchell’s business at the back. With his foot also in the England door, the 22-year-old has already exceeded sensible career expectations.

5) Andy Robertson
“The best full-back in the league by a mile,” Gary Neville believes. “This is not Mr. Steady,” he continued, a sentiment this author finds particularly offensive, “eight and nines out of 10 every week. In terms of attacking and defensive content, I think put both together he’s the best by a mile.”

There is not a strong case for the prosecution. Three goals and 10 assists mark him out as one of the best full-backs going forward. And honestly I’ve already spent far too long trying to find a specific statistic that proves Andy Robertson is a good defender when actually just the statement itself should suffice. He is a good defender. Really good. But then he spent two seasons playing for Steve Bruce so it adds up.

4) Marc Cucurella
Since Brighton’s promotion to the Premier League in 2017, the left side of their defence has been manned by Gaetan Bong, Markus Suttner, Bernardo, Solly March and Dan Burn. Until Marc Cucurella came along, the position never felt truly assured and the team subsequently lacked balance.

Graham Potter has sourced a solution which might only last a season. Manchester City and Chelsea are both monitoring Cucurella’s situation and could test Brighton’s resolve with a summer approach. The 23-year-old has taken to the Premier League seamlessly, leading the Seagulls for both chances created in open play (40) and successful tackles (93). The public aim is to return to Barcelona eventually but he seems predestined to spend plenty more years in England first.

3) Reece James
Over the course of just 22 starts, Reece James crowned an injury-disrupted season as the Premier League’s highest-scoring defender, with more assists than every player bar Mason Mount, Jarrod Bowen, Harvey Barnes, Robertson, Trent Alexander-Arnold and Mo Salah. Those hamstring and muscle problems had an obvious impact on James’ campaign individually, yet the effect it must have had on Chelsea’s season is worth considering.

The tiresome and really quite weird desperation to compare and contrast English right-backs always detracts from the brilliance of the players in question. James, a right-back who can thrive as a wing-back, central midfielder and apparently even a floating No. 10, is the primary case in point. That degree of versatile genius should not be normalised or trivialised.

2) Trent Alexander-Arnold
The other side of that interminable ‘but which one is better?’ coin. Stalls have long been set out on Alexander-Arnold and they are absolutely not for moving. Some choose to concentrate on his attacking magnificence, as evidenced by him becoming the fourth defender to assist 12 or more goals in a single Premier League season, having also been two of the previous three. Others like to focus on his supposed inability to defend, which is rather contradicted by him winning possession more often than any other Liverpool player.

He is essentially being judged on the wrong metrics as a unique player who cannot be classified in typical ways. Alexander-Arnold has not reimagined the right-back position but has absolutely broadened its horizons. The deep-lying wide playmaker is not necessarily a particularly fluid role – underlined by his ongoing struggles with England – but few players are quite as important to Liverpool.

1) Joao Cancelo
A shaky final week of the season only emphasised how difficult his part in this Manchester City team is and how phenomenally he played it for the preceding months. Joao Cancelo, from full-back, had the most touches in the attacking third of any player in Europe’s top five leagues and that really is not a particularly normal thing to have happened.

Guardiola admitted to making “mistakes” with Cancelo early in their coalition but that transitional period is a distant memory. The Portuguese arrived as an awkward right-back and might currently be the world’s best on the left, even though he spends the majority of his time playing centrally. Never change, Pep.