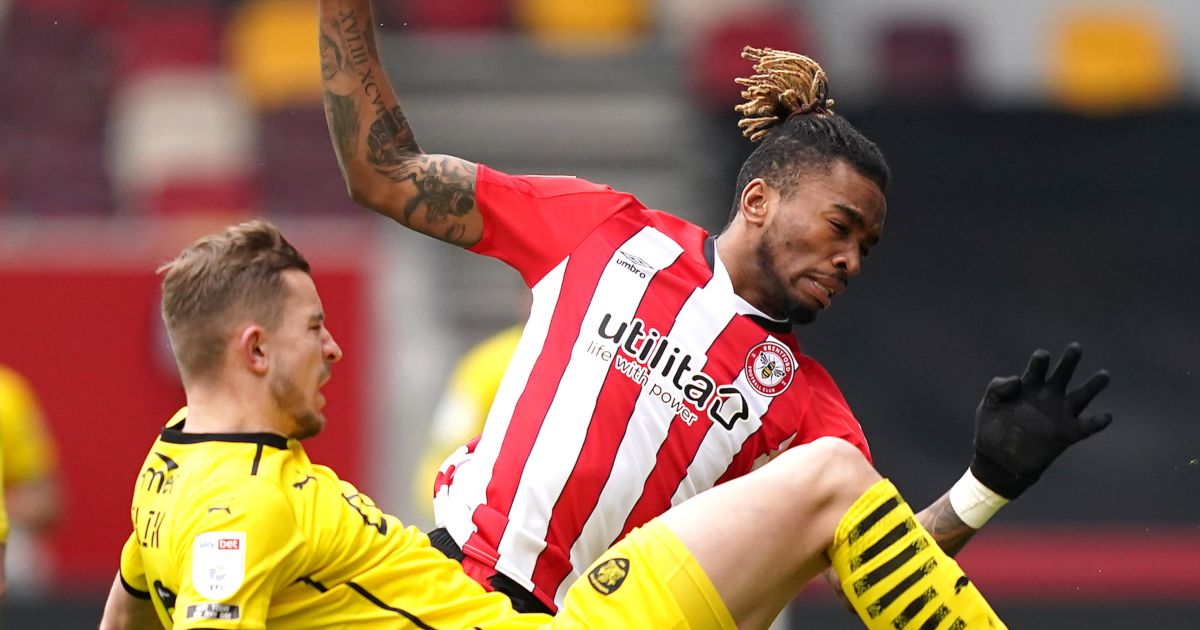 Norwich are the only club with more than one representative in the top ten Championship players of the season. Some huge names miss out.

Nine of last season’s top ten Championship players featured in the Premier League this campaign. This dectet will hope not to be the equivalent of Jed Wallace, one of many unfortunate to miss out here.

10) Josh Laurent (Reading)
Lucas Joao’s star burned bright but fizzled out around January, Michael Olise seems destined for bigger stages and Ovie Ejaria has the Liverpool link on his side. But in terms of relentlessly excellent consistency it is difficult to argue against Josh Laurent recently being named Reading’s Player of the Season.

It has come against all expectations. A 26-year-old free transfer from Shrewsbury should not take to his first season at this level so seamlessly but Laurent has stepped up in the injury absence of John Swift to make light work of a difficult role. His positional sense and efficient passing facilitates the more vibrant attacking talents ahead of him. Those fine performances against Liverpool in last campaign’s FA Cup were no coincidence. Reading can only hope the spotlight continues to focus on those who benefit from Laurent’s quiet brilliance.

9) Arnaut Danjuma (Bournemouth)
After signing in August 2019, it took Arnaut Danjuma until July 2020 to win his first game with Bournemouth. The winger spent most of last season sidelined with separate hamstring and foot injuries, restricting him to slightly more minutes than Andrew Surman. And that aforementioned victory, the only one he experienced all campaign, only came when he was substituted at half-time against Leicester with the Cherries 1-0 down before scoring four unanswered goals in the second half, with direct replacement Junior Stanislas netting the equaliser.

Which is all to say that Danjuma did not enter the Championship on a wave of momentum, yet the Dutchman has managed a sprint finish from a standing start. It could be recency bias with his last 13 appearances conjuring nine of his 15 goals and five of his seven assists but equally Bournemouth would not have made the play-offs without such late inspiration. Coping with another mid-season lay-off gives him the edge over the excellent Dominic Solanke, too. “I still feel there’s a huge part of me that wants to prove myself in the Premier League,” Danjuma said recently, and no-one would be more responsible for taking his club there for the chance.

8) Marc Guehi (Swansea)
The recent news that Marc Guehi had signed a 12-month contract extension at Chelsea was roughly as unsurprising as the subsequent claim that one-fifth of the Premier League was watching his performances for Swansea intently. Crystal Palace, Southampton, West Ham and Newcastle will have to join the queue for a player in Gareth Southgate’s sixth England XI and the same stands for Borussia Monchengladbach. Chelsea believe they can get £20m for the centre-half; that might be a modest assessment considering Guehi’s talent.

Steve Cooper has been the perfect manager to guide the 20-year-old through at Swansea, translating their success together at the 2017 U17 World Cup into a phenomenal club union. Guehi is the foundation upon which such a resolute defence was constructed and he has three viable routes to reach the Premier League next season: promotion through the play-offs; a deserved transfer; or Thomas Tuchel appreciating the quality of one of Chelsea’s returning loan army. There might be stronger, faster and more technically proficient centre-halves in the Championship but none are close to as rounded and complete as Guehi. 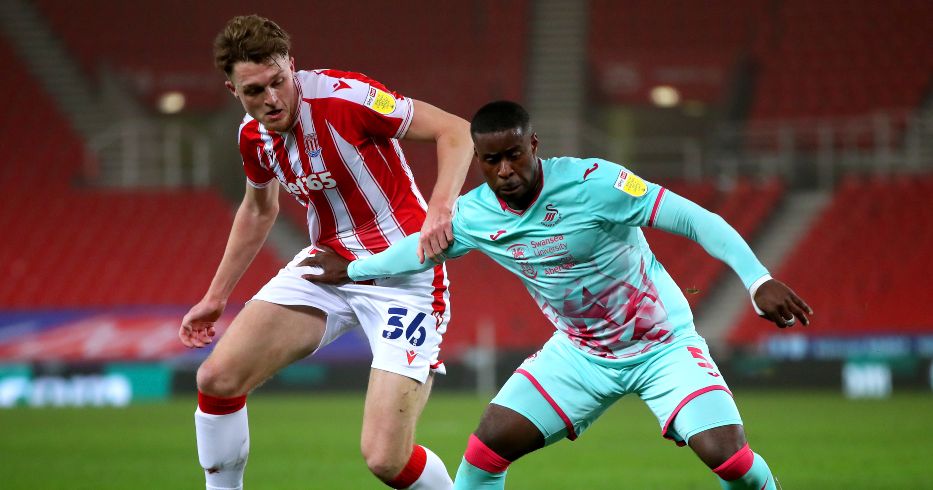 7) Teemu Pukki (Norwich)
His output actually fell narrowly short of his previous efforts in the Championship, when 29 goals helped Norwich to the title in 2019. But 26 strikes two years later is no small contribution from a striker whose instincts are as sharp as ever at 31 and whose impact is no less important. The Canaries remained unbeaten in every game in which the Finland international scored.

Pukki has solidified his reputation as one of the finest second-tier scorers in history. David Nugent’s marker of 121 career Championship goals seems an unlikely bar for him to clear but that was achieved in 415 games; Pukki has netted 55 times in 84 matches for Norwich and his rate of scoring every 132 minutes in the division is bettered only by Dwight Gayle (128) since the turn of the millennium. Gayle has had five cracks at beating Pukki’s 11 Premier League goals in a single season to no avail. The former Brondby forward will hope to raise that very same bar for Norwich next campaign and only a fool would bet against it.

6) Kieffer Moore (Cardiff)
“All it does is accentuate the fact someone might come in for Kieffer Moore if he gets too many mentions,” Mick McCarthy joked earlier this month. “I want them to be a success, because I’ll deal with whatever it is, if he is a success and he ends up being worth £20m then so be it, great.” It is a sentiment likely shared by Cardiff, who spent just £2m to sign the forward from relegated Wigan in the summer.

Moore managed ten goals for the Latics and doubled that return in a better environment. It was actually Neil Harris who oversaw his arrival and squeezed eight goals out of the 28-year-old in 20 matches, before McCarthy took over and pushed his former Ipswich forward to 12 strikes in 22. Moore’s influence is perhaps best underlined by Cardiff’s results during his brief spell out injured in December, when the Bluebirds beat Birmingham but lost to Brentford, Wycombe and then Norwich twice. He is the first Cardiff player to reach 20 league goals in a season since Peter Whittingham in 2010, and in this city in particular that is some fine company to keep.

5) Francisco Sierralta (Watford)
It was Ismaila Sarr who accepted the Watford Player of the Year award from Sir Elton John but runners-up Kiko Femenia and Francisco Sierralta pushed him mightily close. Most expected a reported Manchester United and Liverpool transfer target, the club’s record signing at £40m in August 2019, to look entirely out of place against the likes of Bristol City, against whom Sarr scored twice and assisted three goals in February. Femenia, meanwhile, was one of the unheralded regulars of their recent Premier League stay. But Sierralta has been a revelation since being recycled by the Pozzo network last September.

The 24-year-old had never played more than 17 league games in a season and spent the past three campaigns floating mainly around Serie B with Parma and Empoli on loan from Udinese. Despite all common wisdom that experience is one of the keys in the Championship, Sierralta has proven one of the most effective centre-halves around. Watford conceded a goal every 169.8 minutes while he was on the pitch, made all the more remarkable by the fact he had only played three minutes until December 19 while settling into a new country during a global pandemic after a change of manager. That switch from Vladimir Ivic to Xisco Munoz certainly helped unlock the Chilean, who soon established himself at the heart of one of the toughest Championship defences in history. Watford conceded only 30 goals, the lowest amount in the second tier since West Brom (29) in 2001/02. 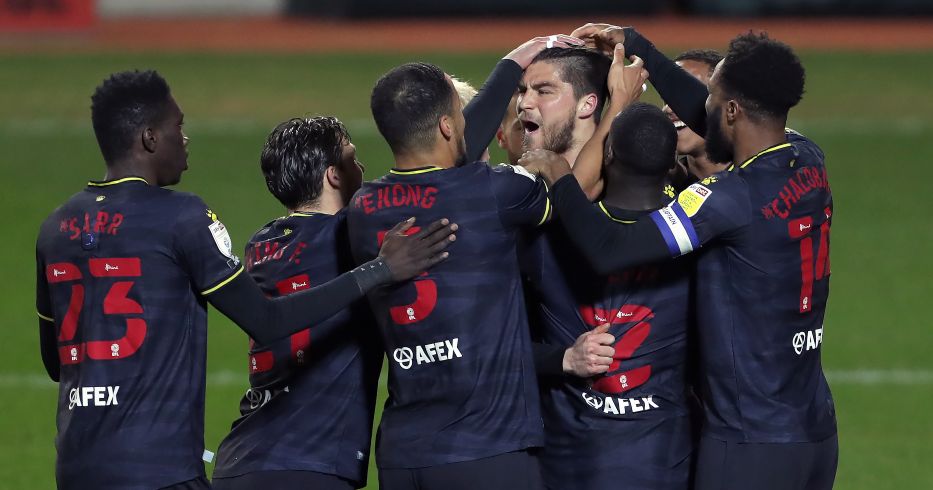 4) Michal Helik (Barnsley)
Then there is Michal Helik, who had never played outside the Polish Ekstraklasa before excelling as a £750,000 Barnsley signing this campaign. Mads Andersen has been sensational alongside him and the fantastic Alex Mowatt was named Players’ Player of the Season but Helik, who played more minutes than everyone bar those two, received the fans’ award for a reason.

It was not a particular successful start. Helik was sent off on his debut and failed to win any of his first six matches. His first victory coincided with Valerien Ismael’s opening game as manager and since then the centre-half has been almost ever-present during Barnsley’s rise toward a play-off place. An international call-up came in March as Helik fared well enough against England, while his five Championship goals included both efforts in a 2-1 victory over Huddersfield, openers against Bristol City and Bournemouth and the crucial winner at home to Millwall.

3) Adam Armstrong (Blackburn)
At first you assume Adam Armstrong must be at his assumed peak of around 28, so long has the forward been around. Yet when you examine the ninth season of his first-team career you find a 24-year-old operating on an entirely different level to what many have come to expect. Armstrong’s four full Championship campaigns have now delivered six, one, five, 16 and 28 goals: he doubled his previous total over 146 games in just 40 appearances this season.

It is a ludicrous rate that incorporated three hat-tricks, four braces and at least one strike in every Blackburn win in which he featured aside from the victory over Middlesbrough in January and April’s defeat of Derby, when he captained the side and assisted Harvey Elliott’s winner. Four players in the bottom half registered double figures for Championship goals in 2020/21 but Nick Powell (12), Michael Smith (10) and Nahki Wells (10) barely outscored the irrepressible Armstrong combined.

2) Ivan Toney (Brentford)
For eight years Glenn Murray was the measuring stick, his 30 goals for Crystal Palace in 2012/13 the marker against which every second-tier forward was judged. It remained the highest tally for a single Championship season until Ivan Toney equalled and then surpassed it in Brentford’s final two fixtures. The 25-year-old scored against every side he faced but Birmingham, Huddersfield, Cardiff and Bournemouth in as dominant a campaign as you will ever see.

Brentford lost the only game Toney missed: 2-0 to Coventry in February. His longest goal drought was five games, a run ended emphatically by a hat-trick and an assist against Wycombe in January. He scored in every month, from the relative barren spells in September and April (both one) to the veritable explosion that was October (eight). After 40 goals in 76 games for Peterborough in League One between 2018 and 2020, this will surely be the only full season Toney ever spends in the Championship. Everton, Leicester and Arsenal sure hope so.

1) Emiliano Buendia (Norwich)
There was a point last season when it felt as though Daniel Farke and Emiliano Buendia might not enjoy a lasting union. The Argentinean had been one of the best players for Norwich in the Premier League but suffered a couple of spells out of the starting line-up, with the manager outlining “a few topics that he has to improve” as part of his “hard love” approach to an undeniably skilled player. It was not until this campaign that the fruits of such labour could be properly savoured, but coach, player and club have certainly enjoyed the feast.

Only six players have scored more goals; none have more assists. He has created comfortably the most chances (122), with Millwall’s Jed Wallace a distant second (85). Yet Buendia has combined that with more defensive responsibility, his 93 tackles beaten by only four players. This Norwich success has been a team effort, from Tim Krul to Grant Hanley, Max Aarons, Oliver Skipp, Todd Cantwell and all those in between. Buendia has maintained his individual brilliance while increasing his part in the collective. He and Norwich will be better for it in their latest crack at the top flight. 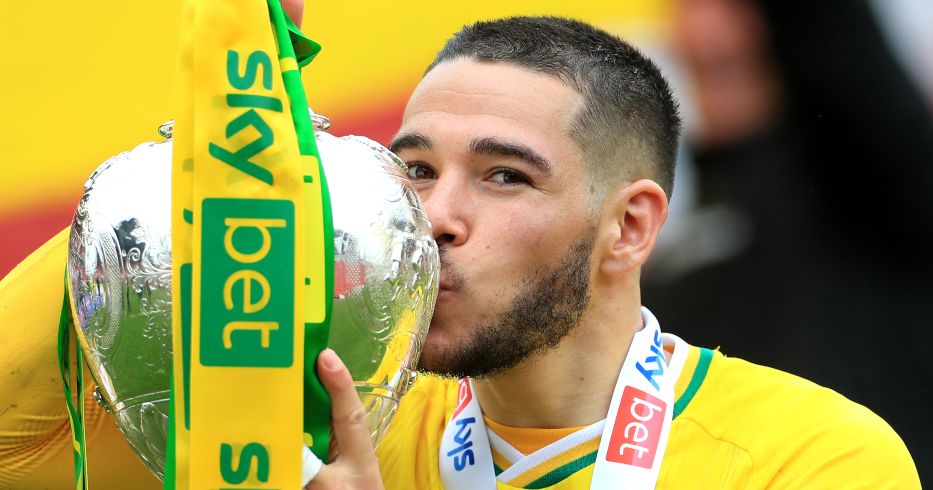