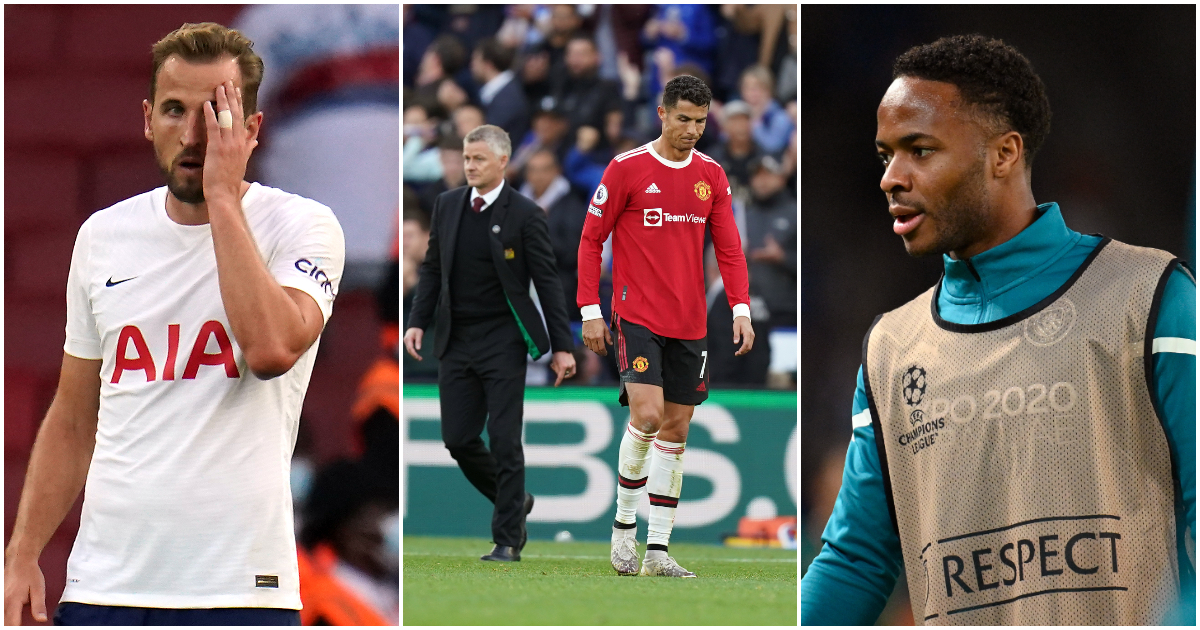 The Premier League season is eight games in and it is time to look at who has let us down. Romelu Lukaku, for a start. And sodding Arsenal.

10) Joe Willock
In time the £25m spaffed away on Arsenal reserve Willock by Newcastle might look endearing and quaint. It also made a fair bit of sense at the time because Willock was excellent on loan at St James’ last season as relegation was averted with plenty to spare, an achievement that Newcastle would very much like to replicate this season but very well might not. That is in some part down to the form of Willock which has – without wishing to get too technical about it – gone all to sh*t. After eight goals in just 980 minutes of Premier League action for Newcastle last season, he has zero goal involvements so far this time around.

9) Jannik Vestergaard
The rock of what was admittedly an often quite dreadful Southampton defence, it was still reasonable to think that the step up to a better team with Leicester was one Vestergaard could make. We’re not asking for Virgil van Dijk levels here, but it should have been better than this. His six starts for Leicester have produced three draws – all 2-2 – and three defeats. He’s been on the field for precisely 30 minutes across Leicester’s three wins this season.

8) Mohamed Salah
In some games this season he has failed to score a world-class goal-of-the-season contender. Against Burnley, who are rubbish, he didn’t even score a goal at all. Worrying times indeed for a player who spent the last international break in the confusing position of being told he is both indisputably the best player in the world and also underrated.

7) Norwich
Caveats abound for a promoted side asked to kick off their campaign against Liverpool, Manchester City, Leicester and Arsenal but we’re four games further in now with still no sign of a win and the only points coming from a pair of goalless draws against Burnley and Brighton. They’ve got Chelsea next, so that’s fine. And the simple fact is we’ve been here before with Norwich, a team who seem to get promoted every other season and yet fail to learn anything from their previous top-flight sojourns. Their wretchedness this season is unforgivable for two reasons: one, it makes it more likely Newcastle will survive when a Newcastle relegation this season is objectively the funniest possible outcome to anything ever, and also it makes Jamie O’Hara think he has a point with his bizarre BAN NORWICH rants on the talksport.

6) Romelu Lukaku
Being Chelsea’s striker seems to be weirdly difficult. Maybe it’s not entirely the fault of offside’s Timo Werner. Even at the eye-watering price Chelsea paid, Lukaku looked a no-brainer as the focal point the Blues’ attack had so conspicuously lacked last season. Then he bullied the heck out of Arsenal and we all got very excited but it turned out that might have had more to do with Arsenal. It’s now four Premier League games without a goal or a notable performance since a double against Villa.

5) Harry Kane
That Kane can be disappointing while netting his 10th goal of the season for club and country midway through October says much about the absurd consistency of his contributions, but while the Newcastle game – which also featured a trademark assist for partner-in-goals Heung-min Son – was a welcome return to form, not all (or even any) other teams will be quite so welcoming. That game brought Kane’s first goal and assist of the Premier League season and while history tells us that will likely lead to a further flurry, the familiar early-season funk was longer and deeper this year after his bungled attempt to escape Daniel Levy’s clutches in the summer.

4) Arsenal
Two years of Trusting the Process under Mikel Arteta and not only does there still not appear any definitive destination for this journey, it’s no longer even particularly clear what the process actually is. The eye-catching finish to last season once the pressure was off has been exposed as just another illusion. Arsenal are just existing. There is no clear plan and their only wins this season have been against the seemingly doomed pair of Norwich and Burnley and a Spurs side who have been mainly awful and responded to the pressure of a north London Derby by eschewing midfield altogether. A scrambled home draw against Palace left thoughts turning inevitably to whether Arsenal even had the right former player in charge.

3) Raheem Sterling
Brilliant for England in the summer but now back to being a bit-part for Manchester City and his international form has gone through the floor as well. Sterling moping because he wants to leave City, Kane moping because he wanted to join them. Simplistic, but there it is. Does look more and more like a move away from City is the only solution to this funk.

2) Leeds
Whether or not second-season syndrome is an actual thing, what is for sure is that Leeds just aren’t having fun any more. Their first campaign back in the top flight had its traumatic moments, but they were just all part of Bielsa’s wild ride and taken in stride by a giddily happy fanbase. This season has been nearly all traumatic moments and the cracks are starting to show. They were missing a host of players at the weekend, including their three most important in Kalvin Phillips, Patrick Bamford and Raphinha, but the performance at a struggling Southampton was still miserably bereft. The first rumblings of #BielsaOut have begun and while that may be only a minority and online football fandom is absolutely unhinged, it’s still a startling position to be in given the vast reserves of goodwill built up over the last three years.

1) Manchester United
In many ways the worst thing that could happen for Ole Gunnar Solskjaer was to find himself in possession of a Manchester United squad plenty good enough to challenge for the title. While central midfield remains a problem, he now has such a squad and is already making a vast mess of it. United’s whole strategy has already been reduced to muddling through and hoping that one or more of their great many very clever players will do something very clever to pull a result out of their collective arse. Disastrously for United, it is currently working at a rate just about sufficient to keep Solskjaer employed but nowhere near a rate to sustain a challenge for the big prizes. Solskjaer himself doesn’t qualify as a disappointment because he’s performing exactly as expected. Jadon Sancho could perhaps be counted as an individual disappointment after struggling to make any impact since his move from Dortmund – but his issues still feel like just a smaller part of the wider United malaise. There are 15 teams who should be ashamed right now, finding themselves as they do below Nuno’s sleepy Spurs in the Premier League table, but nowhere should the sense of embarrassment at that fact be more keenly felt than Old Trafford.