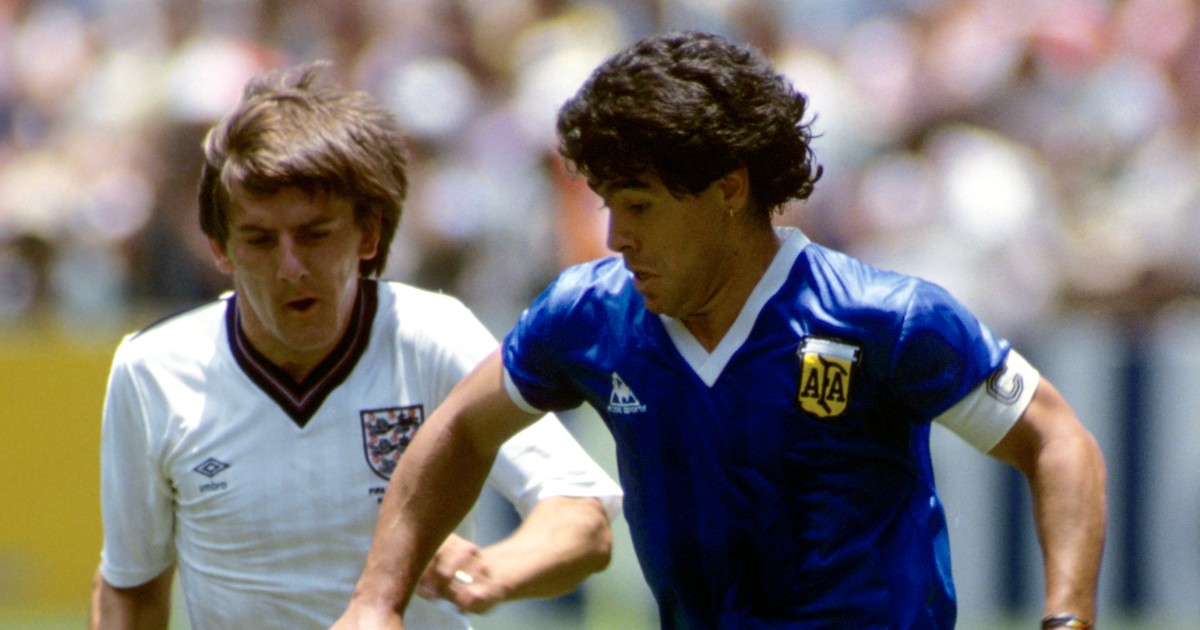 Jack Grealish is the supposed England saviour not being given a chance at the Euros. Some do take time to play their way into a tournament.

10) Glenn Hoddle
As is the rite of passage for any English player with a semblance of personality who is able to carry the ball five yards without stumbling over his own feet, Grealish has been more readily compared to Paul Gascoigne, but Glenn Hoddle is his natural parallel. Their styles bear a greater resemblance and both were subjects of an international tournament public clamour to which their respective managers seemed reticent to yield.

It was during the 1982 World Cup when Hoddle was adored by most but largely ignored by Ron Greenwood, who preferred the more modest stylings of Tony Woodcock. England won their opening game against France but found Euro 1980 bronze medallists Czechoslovakia a tougher nut to crack. Hoddle got the call to replace Bryan Robson at half-time and he helped unlock the game to secure a 2-0 victory. His reward was a start in the group-stage dead-rubber against Kuwait but an effortlessly cool performance worked against him: Hoddle did not appear again as England were knocked out of the tournament unbeaten and having conceded only once. Goalless draws with West Germany and Spain sealed their fate. If only Greenwood had an elite game-changer at his disposal.

9) Gary Neville
“Back in 1998, there was a lot of confidence coming out of Euro ’96, so there was optimism going into the tournament about us winning it,” Gary Neville said in 2018. “We started with a win against Tunisia – I was dropped, but nobody remembers that because David Beckham and Michael Owen had been dropped too!”

Neither Beckham nor Owen, of course, had even made their England debut until after Euro ’96, a tournament at which Neville played every minute of each game until missing the semi-final defeat through suspension. Beckham had started two of six World Cup ’98 build-up friendlies while Owen only broke into the side four months before heading to France. Hindsight suggests otherwise but Neville, the nation’s established right-back and a Premier League-winning Manchester United regular, was the most surprising omission.

He watched that Tunisia win from the sidelines as Gareth Southgate took his place as the right-sided centre-half in a back three. Injury let Neville back in for the next game and he did not miss a second thereafter. He ended up in his natural position in England’s final game after Beckham’s red card against Argentina, the pundit later noting he and his fellow defenders “could see the desperation on their faces as they gradually ran out of ideas” despite their man advantage. Two set-pieces undid England before they exited on penalties, with Neville the planned next taker if David Batty had converted.

8) Peter Beardsley
He could have snuffed out the fire before it engulfed England. All it required was a swift snap at the ankles or a simple body check; nothing Diego Maradona had not grown accustomed to receiving long before then. But instead Peter Beardsley was the first victim of the greatest ever World Cup goal, a static bystander dangling a lazy leg and jogging after a tornado.

That is an unfair reflection of a strong tournament in 1986 for the forward, the only England player to score in Mexico and not defecate on the pitch four years later – to our knowledge. Beardsley was a late substitute in the opening defeat to Portugal before missing a Morocco stalemate altogether three days later. Bobby Robson afforded him an opportunity from the start in a must-win game against Poland and Beardsley played a part in all three goals, assisting Gary Lineker’s hat-trick strike. An effort of his own in the last 16 against Paraguay was just reward for an excellent fortnight as Beardsley, who had five caps before that summer, proved his international worth.

7) Mark Wright
Two years had passed since his previous competitive appearance for England, a 3-1 defeat to Netherlands at Euro 1988, when Mark Wright found himself back in the international fold. The Derby defender was picked over Tony Adams to go to Italia ’90 as Robson chose experience, although it soon became apparent why else Wright might have been taken. After a disappointing 1-1 draw with Ireland to open their campaign, England switched up their system and used the 26-year-old as a sweeper due to his comfort on the ball.

Wright returned for England in much the same way he left: facing Netherlands. But this time he helped earn a 0-0 draw against Marco van Basten, Ruud Gullit and friends. He then scored the only goal of the game against Egypt to help the Three Lions top the group and book a last-16 tie with Belgium, who were beaten to nil in dramatic fashion. Wright kept his place for the quarter-final win over Cameroon and semi-final heartbreak at the hands of West Germany. Roma and Fiorentina were so impressed they wanted to keep him in Italy, according to the man himself.

6) Nicky Butt
The Pele quote – “Butt is the player who has been consistent with his good marking, pressure and passing” – would ordinarily suffice here, but then an African country never did win the World Cup before 2000, Brazil managed to just about advance from their group in 2002 and Nii Lamptey is no longer even the best ever player with that surname; predictions, much like most things when Viagra is involved, are hard.

Butt later suggested the Brazilian “was talking crap” in any event but the midfielder was a valuable squad member in Japan and South Korea. England stuttered from the start again by drawing with Sweden but Sven-Goran Eriksson felt a change was necessary against Argentina. He made one: Butt came in for Darius Vassell as Owen Hargreaves moved to the left of midfield to accommodate a Manchester United spine with Paul Scholes. Butt excelled in the holding role as England recorded three successive clean sheets, although even he was unable to stop Seaman making a mess of that in the quarter-final when Pele’s boys triumphed.

5) Owen Hargreaves
It was in the build-up to the 2006 World Cup that Hargreaves, a member of England’s squad at the previous two major tournaments, was suggested by The Sun to have ‘the public persona of a mass murderer’. The Daily Express joked that the Champions League winner might be helpful in Germany as a ‘tour guide’. Despicable and tiresome, in that order. But most did agree that his place should perhaps have gone to a striker, with Peter Crouch the only fit senior centre-forward in the party.

Hargreaves never really offered a public response to such scathing criticism, allowing his performances to do the talking. And they spoke loudly of an incredibly underrated player who played seven substitute minutes of the first game against Paraguay, sat on the bench throughout a 2-0 win over Trinidad and Tobago and then did not miss a minute of the tournament thereafter. He was solid against Sweden and as an auxiliary right-back versus Ecuador, but that quarter-final with Portugal was phenomenal. The fans that had been indoctrinated to reject Hargreaves were singing his name by the end while Matt Dickinson of The Times pointed out that he ‘cannot be expected to play like Superman every week’. The only one of four England players to score their penalty in the shootout defeat was, of course, the one playing his club football in Germany.

4) Martin Peters
Alf Ramsey took one game to decide that England could thrive without ordinary width at the 1966 World Cup. An insipid draw with Uruguay led the hosts to make two changes for the visit of Mexico as Terry Paine and Martin Peters replaced Alan Ball and John Connelly. A 2-0 victory meant the system survived all the way to the final, as did tireless and versatile creator Peters.

The West Ham midfielder had only made his England debut that May, tallying three caps heading into the tournament and lifting the Jules Rimet trophy after his eighth. He crossed for Geoff Hurst to score the winner in the quarter-final against Argentina, then put England ahead late on in the final with West Germany, playing the entirety of extra-time as football eventually staggered home in one piece.

3) David Platt
Six players outscored David Platt at Italia ’90, which the Aston Villa midfielder would have presumably welcomed when he found that England would kick off the tournament without him. In fact he did not start any of their first four games, missing the opener against Ireland altogether before building up his substitute appearances to a match-winning crescendo against Belgium.

That memorable volley earned Robson’s trust and Platt, who replaced Steve McMahon with a quarter of an hour remaining of normal time in the last 16, repaid the faith of that change being made permanent from the start of the quarter-final. He opened the scoring with a header against Cameroon and repeated the feat against West Germany in the final four, only for that extra-time effort to be ruled out for an incredibly close offside. Platt, who nullified Lothar Matthaus in that game, netted in the shootout and then once more against the hosts in a third-place play-off, scrapping his way into the side and wasting no time when he got there.

2) Michael Owen
A three-way share of the Premier League Golden Boot with Dion Dublin and Chris Sutton, neither of whom made the England squad, was not enough to guarantee Michael Owen a place in the starting line-up at the 1998 World Cup. Hoddle trusted Alan Shearer and Teddy Sheringham against Tunisia and gave Owen just five minutes to impress. The teenager was called upon earlier when his nation trailed in the second group game with Romania, Owen equalising seven minutes after his late introduction, only for Dan Petrescu to score the winner in stoppage time.

England needed to beat Colombia to advance and did precisely that, Owen starting in a 2-0 victory and proving a particular nuisance without scoring. It was certainly enough to stay in the side against Argentina in the last 16, much to Roberto Ayala’s chagrin. A star was born in Saint-Etienne that evening. Tremendous, by the way.

1) Geoff Hurst
Perhaps Grealish has already featured too much, too soon at Euro 2020. The man who fired England to their own trophy did not play in said tournament until they were already three games deep. Geoff Hurst made up for lost time by scoring against Argentina in the quarter-final, setting up Bobby Charlton’s semi-final winner over Portugal and claiming the only men’s World Cup final hat-trick in history to sink West Germany.

Jimmy Greaves and Roger Hunt started the tournament in attacking tandem but the former succumbed to a leg injury in the last group fixture. Hurst, with five caps to that point, was drafted in and fared so well that even when a generational goalscorer recovered in time for the final, manager Ramsey resisted the change. Few could argue it was the wrong decision.