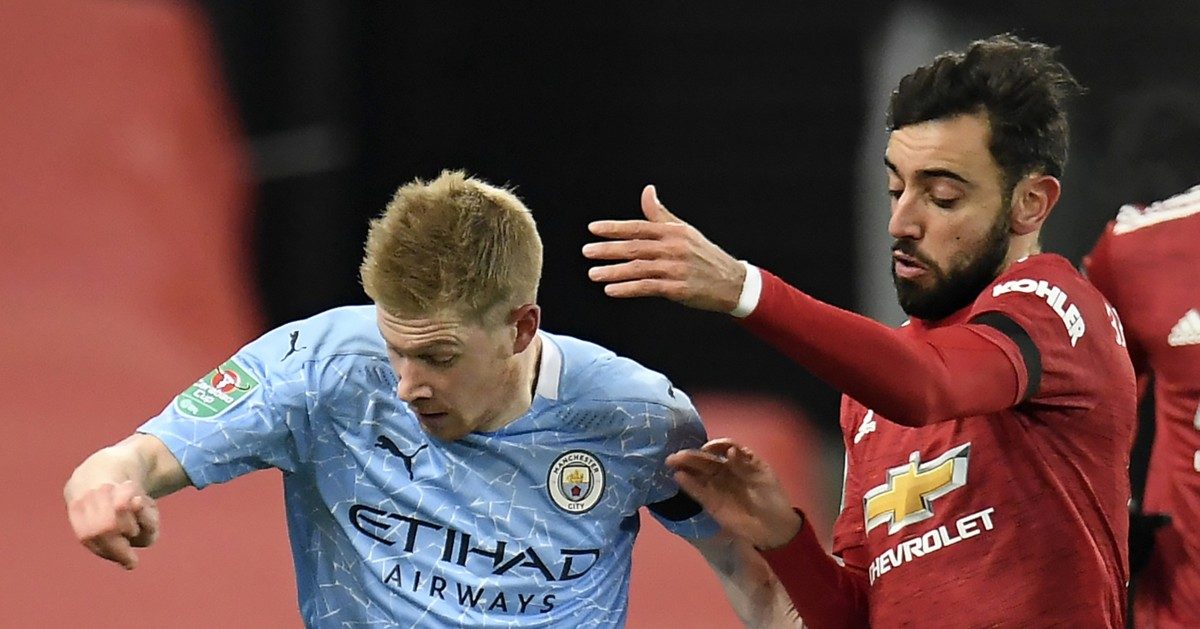 Bruno Fernandes and Kevin de Bruyne are among the ten most valuable players going to Euro 2020 this summer in an England-heavy list.

All valuations are taken from Transfermarkt so send your complaints there but actually don’t because they are lovely.

10) Marcus Rashford
It feels like talk of Marcus Rashford’s value in the transfer market might only ever be hypothetical. The 23-year-old is a valued product of Manchester United’s famed academy, a leader on and off the pitch and an established senior player whose experience belies his relatively callow years. No player has made more appearances for the club under either Jose Mourinho (125) or Ole Gunnar Solskjaer (128) and regardless of the identity of the manager at Old Trafford over the next decade, Rashford is likely to play a crucial part.

“They’ve got, through the ranks there, he’s a £100m striker now and he could become a £150m striker,” Gary Neville said of an “absolutely top class” forward in March 2019. That was a matter of days after his tie-winning Champions League goal against Paris Saint-Germain at the Parc des Princes, with Rashford’s worth to the club rising markedly after outscoring all but six players during the 2019/20 Premier League season. This campaign has not quite reached those heights and it seems unlikely that any suitable clubs would be willing to part with the probable nine-figure sum necessary to prise him away.

9) Raheem Sterling
“It’s one of those things,” Raheem Sterling said when asked by Spanish newspaper AS about reported interest from Real Madrid. “Right now I’m at City and I’m really happy. But I say Real Madrid are a fantastic club, when you see the white shirt you know exactly what the club stands for, it’s massive,” he said, with one such top draped over his right shoulder.

“But at the same time, I have a contract with City now and I have to respect this,” Sterling continued, remembering the blue City shirt on his left arm. Five days later it was Sterling who completed a memorable Champions League comeback at the Bernabeu by winning a penalty for Kevin de Bruyne to convert. His stock might never have been higher, a 31-goal season underlining his emergence as an elite forward with a prolific edge to match. That reputation has taken a hit after managing less than half that tally in 2020/21; Real Madrid to Arsenal or Tottenham is quite the drop-off in terms of potential suitors over 18 months for a player who is no longer even his own club’s most valuable English left-winger.

8) Joshua Kimmich
The proud owner of a single Germany cap by the time Euro 2016 rolled around, there was no shame in being ignorant of Joshua Kimmich’s burgeoning talents five years ago. He thrived at right-back for Joachim Low in France but should have the opportunity to properly showcase his excellence in central midfield this summer. The 26-year-old assisted Kingsley Coman’s Champions League final-winning goal a year ago and assumed custody of Thiago’s number six shirt at Bayern Munich a few months later. It is safe to say he deals well with pressure.

With 16 trophies in an expanding collection that includes a Bundesliga title in all six of his seasons as a professional, Kimmich is making those early and obvious comparisons to Philipp Lahm look positively prophetic: the prodigious right-back who became a phenomenal central midfielder for club and country and is world class in both positions, who spent all of his career at the Allianz Arena aside from two campaigns as a novice. Much like former captain Lahm, it is difficult to envisage Kimmich ever being given a reason to leave before retirement. 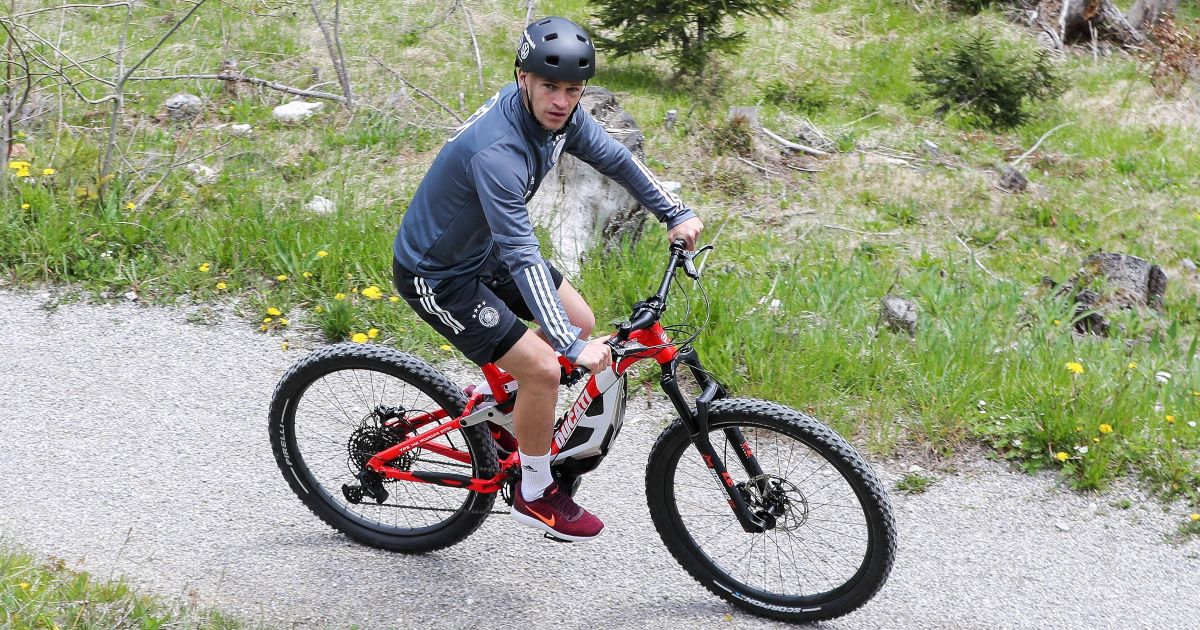 7) Bruno Fernandes
Barely one-quarter of the way into his initial five-and-a-half-year contract at Manchester United, Bruno Fernandes can expect to at least double his wages upon signing an impending new deal at Old Trafford. That is a fair reflection of his success in making the club roughly twice as good as they were before he joined. Ole Gunnar Solskjaer oversaw a 2-0 home defeat to Burnley that left his side fifth and some way off Champions League qualification a week before signing Fernandes in January 2020; only Manchester City (116) have picked up more Premier League points than Manchester United (102) since his arrival.

“He’s got the thing that United have really needed in the last few years with his ability to make a pass in the final third,” was Sir Alex Ferguson’s recent assessment of the 26-year-old, who won more Premier League Player of the Month awards in 2020 than Gareth Bale, Mo Salah, Cesc Fabregas, Ryan Giggs and Gianfranco Zola in their entire careers. If you think the fans don’t like the Glazers now then imagine what the reaction would be if they even contemplated selling Fernandes.

6) Frenkie de Jong
“Messi is untouchable and non-transferable. He knows it, we all know it,” said Barcelona chief Josep Maria Bartomeu in August 2020. “But there are various non-transferable players like Ter Stegen, Lenglet, Semedo, De Jong, Griezmann, Dembele, players we are counting on in the future.”

That list has grown to incorporate Ronald Araujo, Oscar Mingueza, Pedri, Ilaix Moriba and Ansu Fati, with Joan Laporta retaining presidential faith in Ter Stegen, Messi and De Jong. It is an illustrious group for the Dutch midfielder to grace and a position he justified after his second season in Spain turned out to be a considerable improvement on his first. The five-year contract he signed to move to the Nou Camp in 2019 was extended in October with a healthy release clause of €400m, or about a third of Barcelona’s quite literally gross debt.

5) Kevin De Bruyne
It came as a surprise to learn that Kevin de Bruyne had negotiated the most lucrative contract in Premier League history by himself, so synonymous is he with assisting others instead. The Belgian surely did not have to be too persuasive when it came to convincing Manchester City of his stature, but ten team trophies, three Player of the Season awards for the club and consecutive Players’ Player of the Year awards presumably helped.

In 262 appearances for the club De Bruyne has scored 67 goals and assisted 107 more from a variety of positions, often a little deeper than other attacking midfielders, with a fairly serious knee injury in between and under the intense scrutiny of a player who supposedly failed at Chelsea. “There’s players you see and you think, yeah, I just don’t see this. I don’t see £50-odd million for this player,” said Paul Merson in summer 2015. It’s tough to argue just over half a decade later. 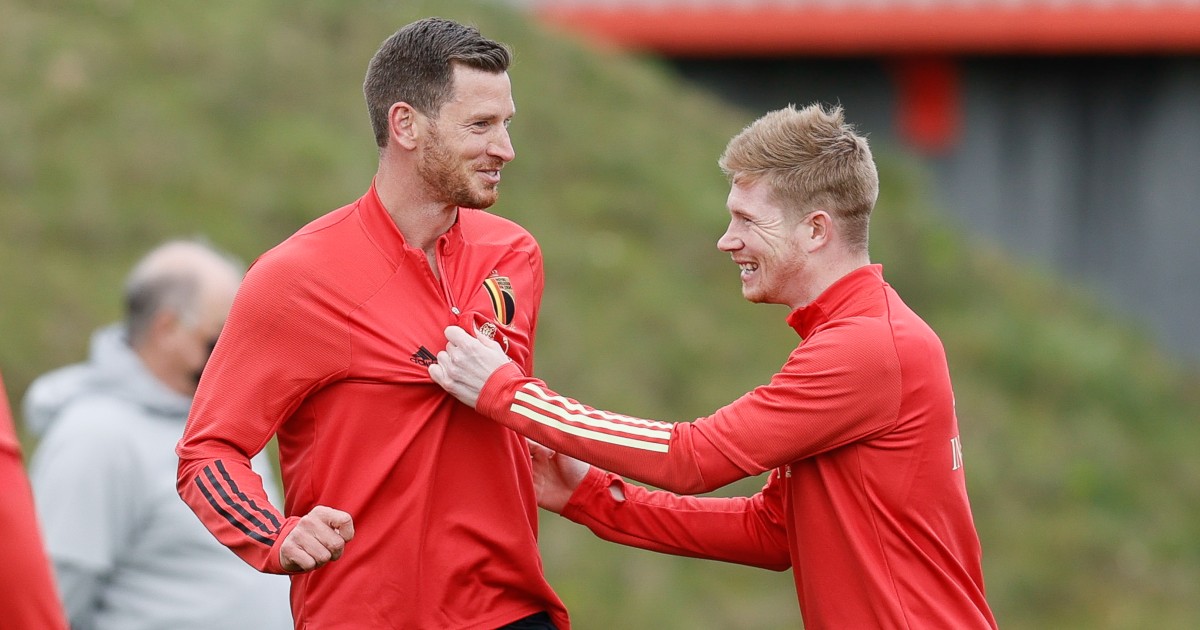 4) Romelu Lukaku
The accepted wisdom is that any sacrifice Inter Milan are forced to make for financial safety in this transfer window will not involve Romelu Lukaku. This is the car boot sale episode in many a sitcom and the Belgian forward is the item everyone bids for but is never sold for sentimental reasons, although he means far more to this club than dewy-eyed nostalgia.

Italy was the perfect destination for Lukaku after a Manchester United spell that thrilled initially but quickly grew stale. He scored 16 and 12 goals in his two Premier League seasons at Old Trafford, compared to 23 and 24 in a couple of campaigns at the San Siro. A first league title of his career since being crowned Belgian champions with Anderlecht in 2010 is unlikely to be the note he leaves on: he sounds happy and the money required to tempt Lukaku and Inter into a move is rarely reserved for 28-year-olds in a sport obsessed with finding the next big things instead of appreciating the actual big thing.

3) Jadon Sancho
When it comes to Jadon Sancho it seems like a rare case of a player being more valuable to the club interested in signing him than he is to his current employers. The 21-year-old has already fulfilled the objectives Borussia Dortmund would have outlined for him from the start: to further reiterate that the first-team pathway is clear for those who wish to work for it; and to prove that the prospects of young English talents might be better served with them than in their native country, at least in the relatively short term. But to Manchester United, Sancho is the marketable face capable of filling a problem position while bringing European, international and trophy-winning experience.

That is a temptation too enticing to pass up. The current financial climate, as well as a contract that expires in two years, means any eventual fee that sees Sancho leave Dortmund on mutually beneficial terms will not quite match the reality of a sensational player with up to a decade left at the highest level. An initial £80m might one day resemble something of a steal, with up to £20m in add-ons a justifiable by-product of any success.

2) Harry Kane
There are doubts over those ligaments and tendons. There are reservations when it comes to resale value. There is trepidation as to whether the one-season wondrousness has simply extended into seven campaigns and will soon run out. But with three years remaining on his contract under a famously exacting negotiator at a club whose own value seems to depreciate by the week, Harry Kane is the closest thing the Premier League has to a goal guarantor and Tottenham would be loathe to lose him.

Two possible scenarios lead to his exit but neither seem particularly likely. Unless a club – and probably not a Premier League one at that – comes in with an offer of at least £150m, or Kane forces his way out by any means necessary, he will spend another year at his least favourite north London club. And for Tottenham that is perfectly reasonable; the Europa Conference League can surely satisfy the striker’s thirst for trophies?

1) Kylian Mbappe
Any football observatory that lists the ten most valuable players in world football without mentioning Kylian Mbappe is not deserving of the moniker. The same stands for Phil Foden, to be fair. But even taking the solitary year remaining on his Paris Saint-Germain deal into account, a 22-year-old world champion with 27 goals in 45 Champions League games who happens to be the first player since 1992 to win the Ligue Un Golden Boot in three consecutive seasons is worth more than anyone when he is already contracted to a club with limitless funds.

“I will be clear, Mbappe is going to stay in Paris,” PSG president Nasser Al-Khelaifi told L’Equipe this week. “We will never sell him and he will never leave on a free,” he continued in quite the promise to supporters. But there is a semblance of truth to it: at the first sign of Mbappe wanting to leave it is quite the Joker card to be able to double his already stratospheric wages in exchange for an assured 30 goals a season that, at his rate of development, could soon become 50.

He turns 23 around Christmas and is already the third-highest scorer in PSG’s history, sitting 19th all-time for France. If Mbappe matches his four World Cup 2018 goals this summer he will leap above Raymond Kopa and Eric Cantona into 13th, with the very real prospect of becoming only the second player after Gerd Muller to score in World Cup and European Championship finals enough of a carrot to inspire his country to yet more international glory. 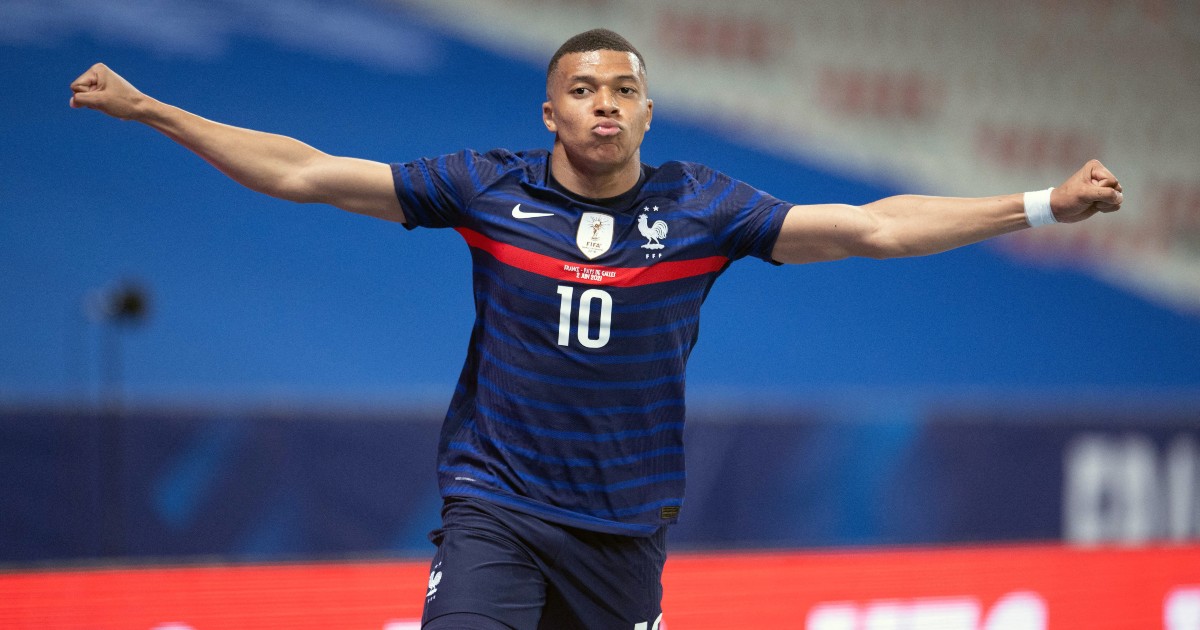