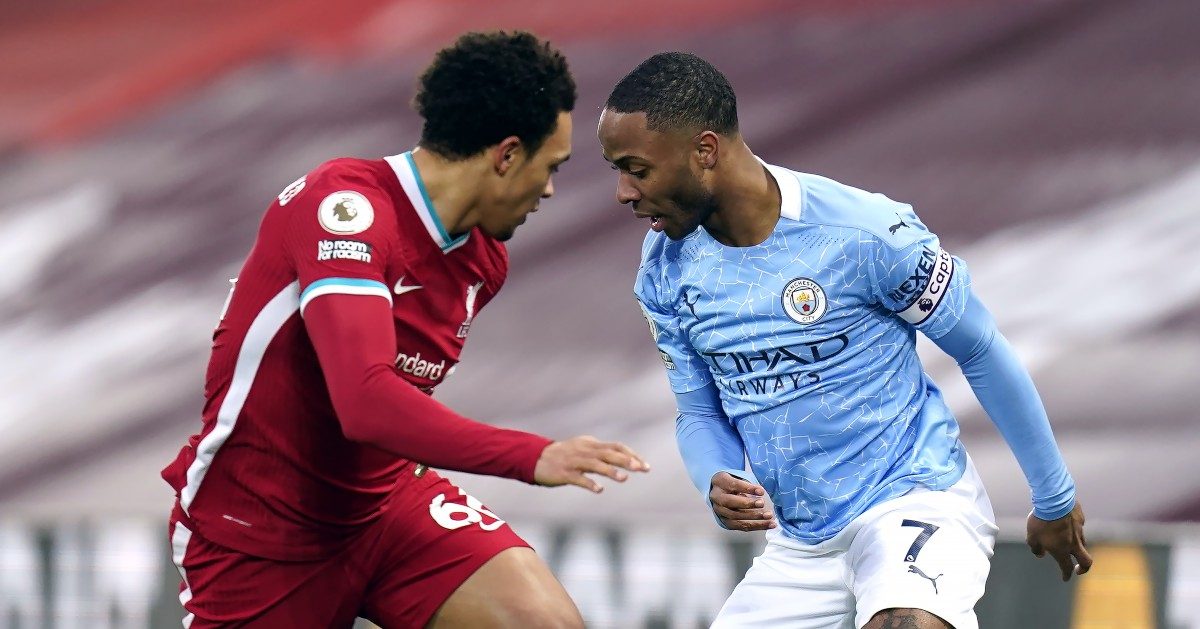 England tried Trent Alexander-Arnold in midfield and it did not go well. Liverpool have switched a player’s position to their detriment before.

10) Victor Anichebe in midfield for West Brom
Tony Pulis had a mixed record in domestic cup competitions. He reached Wembley with Stoke in 2011 but never ventured beyond the quarter-finals of the FA Cup or League Cup otherwise, falling at the first possible hurdle in nine out of 28 attempts. In some instances that was down to misfortune. But other short cup journeys were by design.

The Welshman went into the 2015/16 season with West Brom having taken over as manager the previous New Year’s Day. His remit was to secure survival in his first full campaign. Two defeats and a draw in his opening three Premier League games might have swayed Pulis’s decision to stop spinning his League Cup plate as soon as possible.

The Baggies beat League One side Port Vale on penalties after a 0-0 draw in the second round but were pitted against Premier League opposition in Norwich next. A winnable fixture though that was, Pulis made ten changes and introduced Victor Anichebe in holding midfield. “When we’ve done games in training we’ve played him in the pocket and he’s done exceptionally well,” the manager said of a player who “ran out of steam” and was removed after 76 minutes of a 3-0 defeat. Anichebe started four more games all season before being released, never again finding that pocket.

9) Rio Ferdinand in midfield for Manchester United
Some experiments only belatedly backfire, albeit in a far more spectacular way. One commanding midfield performance in a comfortable FA Cup win over Wolves in January 2006 convinced Paul Ince that Rio Ferdinand “could do that holding role for England”. The player himself expressed a willingness to reprise the part he had excelled in throughout his youth if Manchester United’s selection issues in midfield continued, with numerous players unavailable. “If the manager calls upon me to do that job again, I will,” he noted.

Said manager echoed the sentiment. “It is possible I could play them in there on Wednesday because both did very well,” Sir Alex Ferguson said of Ferdinand and Wayne Rooney’s unlikely midfield partnership. The Manchester United boss did pick both to face Blackburn at Ewood Park, but Rooney moved up front while Ferdinand’s midfield bubble was irrevocably popped. He was at direct fault for David Bentley’s second goal and his light jog somehow failed to prevent the midfielder’s hat-trick strike in a 4-3 home win. A straight red card and subsequent tantrum for going straight through Robbie Savage marked the end of his stint in the middle as Ferdinand immediately dropped back into more familiar climes.

8) Alan Smith in midfield for Manchester United
Darren Fletcher was paired with Ferdinand for that Rovers debacle but Manchester United’s midfield ranks were otherwise indisposed. Paul Scholes was struggling with blurred vision and Roy Keane’s heated departure brought an already threadbare squad to its knees. More out of desperation than anything, Alan Smith was pitched as the fiery captain’s successor but the reinvention of the Leeds striker as a scrappy enforcer always felt a little laboured.

“Roy sees characteristics in Alan that he saw in himself as a young player, which could help Alan develop into a very good player in that position,” said Ferguson when introducing his new anchor. By November 2005, Keane eviscerated his apprentice in an infamous MUTV interview for “wandering around as if he is lost” in a 4-1 defeat to Middlesbrough. “He doesn’t know what he is doing,” lamented the Irishman of Smith, who Ferguson later confirmed he would “convert back into being a forward” for the next season. The broken leg suffered against Liverpool did not help and the passion was never lacking but Smith was on a hiding to nothing.

7) Heung-min Son at wing-back for Tottenham
“Sometimes you need to rest some players but I think the team played well,” Mauricio Pochettino said, before attention turned to the man he chose to replace Ben Davies as his temporary left wing-back. “Son played in a position in which we tried to be more offensive, we tried to stop in different ways.”

Son most certainly was crying after starting the 2017 FA Cup semi-final at Wembley at the deep end against runaway Premier League leaders Chelsea. The prospect of cancelling out Victor Moses might not sound too daunting in 2021 but four years ago the Nigerian was at the peak of his powers and made the most of the circumstances. He won a penalty from the South Korean’s atrocious challenge on the stroke of half-time to give Chelsea the lead, the Blues powering to a 4-2 win late on. Son has since transformed into an elite-level forward but not even Jose Mourinho sought to utilise him in such a defensive role again.

6) Lucas Torreira as a No. 10 for Arsenal
Arsenal seem to have more examples of square pegs being stuffed in round holes than any other club. Pierre-Emerick Aubameyang has wasted months being deployed as a wide forward in a squad that has also boasted Sead Kolasinac at centre-back and Granit Xhaka at left-back. Mesut Ozil, Jack Wilshere and Kieran Gibbs have had spells on the wing, along with Arsene Wenger’s ‘pass master’ Emmanuel Eboue. And four words are all you need to generate a shudder from any Gunner: ‘lone striker Andrei Arshavin’.

But the most awkward fit of all was Lucas Torreira, No. 10. Unai Emery was uninterested in Ozil as his chief midfield creator and instead shuffled his Uruguayan destroyer further forward because he was “very intelligent tactically” – Torreira, not Emery – and could press the opposition in more dangerous positions. It was pure coincidence that Arsenal dispensed with their head coach within a couple of months of those test screenings receiving negative reviews.

5) Carl Cort as a left-winger for Wolves
The sight of 6ft 3in left-winger Carl Cort crossing to 5ft 8in centre-forward Tomasz Frankowski will never leave some Wolves fans. The Pole without a goal, signed by a certain former England manager in January 2006, failed to score in 16 league appearances before having his contract mutually terminated in summer 2007. The strange inversion of that little and large strike partnership likely did not help and represents a relative low point for a club that once suffered successive relegations to League One. Even during their insipid 2020/21 struggles, Wolves correspondent for The Athletic, Tim Spiers, only went as far as to say they were producing ‘their dullest football since Glenn Hoddle played Carl Cort as a left winger’.

4) Stewart Downing at left-back for Liverpool
It once seemed as though Brendan Rodgers was more focused on people believing he was a great thinker rather than him actually being one. “It’s not just about training players, it’s about educating players. You train dogs,” and all that. He has developed into a phenomenal coach but not long ago the Northern Irishman was often caught out trying to play 4D chess with a couple of dominoes at Liverpool.

His reimagining of Stewart Downing as a jobbing left-back rather shockingly never caught on. He later described that period at Liverpool as “obviously difficult” and the lowest point of his career, but that trial started in bizarre fashion. Rodgers gave Downing his first start in the position on his return to Swansea as opposing manager in November 2012, inexplicably slotting Jose Enrique in as the more advanced left winger. So impressed was the manager with that 0-0 draw that he kept the combination in place against Tottenham a week later; Liverpool lost 2-1. Downing as left-back did not stop there, mind, as the overcapped England international was tormented along with the rest of the defence by Aston Villa at Anfield in December. He left the club by August.

3) Raheem Sterling at wing-back for Liverpool
“There is no point putting a player into a position he doesn’t want to play,” Rodgers once said when discussing Downing’s remodelling as a left-back. History repeated itself three years later when Raheem Sterling told BBC Sport in an interview not sanctioned by Liverpool that he felt his prodigious talents had been “sacrificed to play in a more defensive position” and he “trains every day to play up front”. Yet wing-back was where he could be found for much of the previous month, on either side to accommodate for an injury to Jordon Ibe.

Pep Guardiola has never copied that tactic. The whole scenario played a part in Sterling’s ugly Liverpool departure, with claim and counter-claim emanating from agent Aidy Ward, Rodgers and a handful of former Reds, all of whom lined up to criticise him for leaving in pursuit of Manchester City’s money but definitely not the eight trophies and various opportunities to play further forward.

2) Gary Pallister at left-back for England
An exemplary defender though he was, Gary Pallister had his limitations. Jostein Flo, to be precise. The Manchester United centre-half could generally wrestle with the best of them and had a surprising turn of pace for a burlier player, but something about Norway spooked him and Graham Taylor in June 1993. The mere idea of Egil Olsen using the towering Flo as a winger that could drift central to compete for long balls was enough to panic England into taking drastic action.

Pallister was chosen to be his shadow, crowbarred into an unfamiliar left-back position and charged with marking Flo throughout. But the future Sheffield United forward proved too much to handle and Norway secured a 2-0 victory that had repercussions for the World Cup qualification hopes of both. Taylor did not make it past that unsuccessful campaign, The Impossible Job coming to an end at the feet of Ronald Koeman and arm of Dennis Bergkamp.

1) David Beckham as quarterback for England
Steven Gerrard, Frank Lampard, Joe Cole and David Beckham turned out not to be the best midfield shield for a defence. That was the quartet Sven Goran Eriksson picked for England’s heaviest defeat in two decades: a 4-1 friendly loss to Denmark in August 2005.

“If I want to play a diamond with a specialist sitting player, one of those four has to go,” the manager said in the aftermath, mentioning Owen Hargreaves, Phil Neville, Scott Parker and Nicky Butt as possible deputies before tracking back somewhat: “But what I could do is keep the same players and force Lampard or Gerrard to stay back as a holding player.”

Yet Eriksson inexplicably opted for the unspoken rogue option of captain Beckham as the deepest-lying midfielder for subsequent World Cup qualifying games against Wales and Northern Ireland. A 1-0 win over the former and defeat by the same scoreline to the latter meant the plot was soon abandoned but it did lead to suspicions that Beckham himself had swayed a few tactical decisions with the enamoured manager. Maybe central midfield is not actually that easy to just slot into.