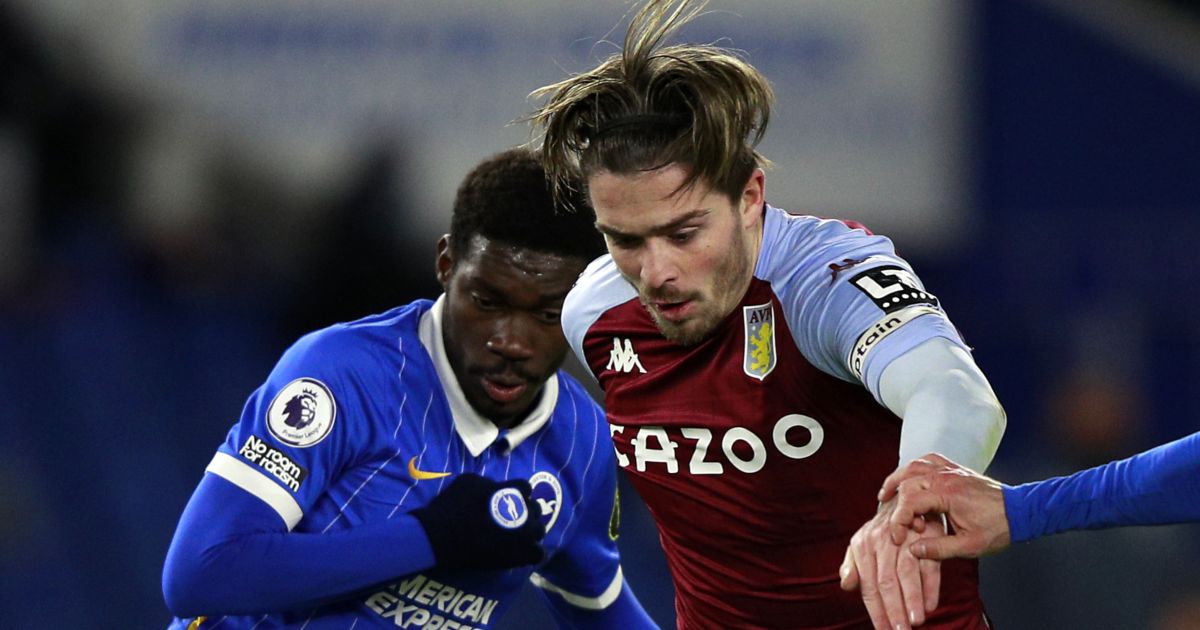 Jack Grealish is in medal position but has more competition than usual when it comes to the best Premier League players outside the Big Six. This lot scoff at the European Super League.

10) Dominic Calvert-Lewin
It is a symptom of how high Dominic Calvert-Lewin raised his own bar that this season might be regarded only as a qualified success. The highest-scoring campaign of the 24-year-old’s career to date promised so much more in those early months on both a personal and collective level.

As Everton have fallen from Premier League title outsiders to European hopefuls and now perennial shooters of their own feet, Calvert-Lewin shone incredibly bright before flickering slightly. His tally of 14 goals is undoubtedly impressive, with only Harry Kane (17) netting more non-penalty strikes in the league. But half Calvert-Lewin’s return came in that five-game burst to start the season. Even then, it has been a breakout year in terms of leading the line for a club with ambitions and a future as potentially grand as his own.

9) Wesley Fofana
Five centre-halves aged 20 or under have started at least 15 games in Europe’s top five leagues this season; such players are not particularly common. William Saliba has thrived in the comfort of his native France, much as Ethan Ampadu has benefited from familiar Premier League surroundings. Jonathan Panzo has booked his place in England’s foreign-based Euro 2020 squad from the bottom of Ligue Un, while Benoit Badiashile is excelling in his third season at Monaco. But Wesley Fofana has trumped them all with a debut campaign in a new country that has belied his callow years.

Leicester have cracked the transfer market code. They will surely double their initial £30m outlay on Fofana when a European Super League club panics at being consigned to last place by a 5-0 defeat to the Real Madrid Buccaneers in week five of the Summer Showdown live on Netflix. The Frenchman has already been linked with the usual suspects and after settling in so ridiculously smoothly at the King Power Stadium, it isn’t difficult to see why. The Foxes squeezed another year out of Harry Maguire and only a fool would not expect them to do the same with a happy player who has more than four years left on his contract.

8) Yves Bissouma
The Brighton thought experiment is almost over, for better or worse. Until this season it seemed as though xG would go the way of The Leftorium or One True Voice as concepts ahead of their time that were destined to go unappreciated. But the Seagulls have embarked on an admirable mission to prove its worth through their own increasingly absurd but completely explainable failings.

Nine teams have lost more games. Eleven have conceded more goals. Five have scored fewer. Yet Brighton have never been more than a couple of wins above the relegation zone. 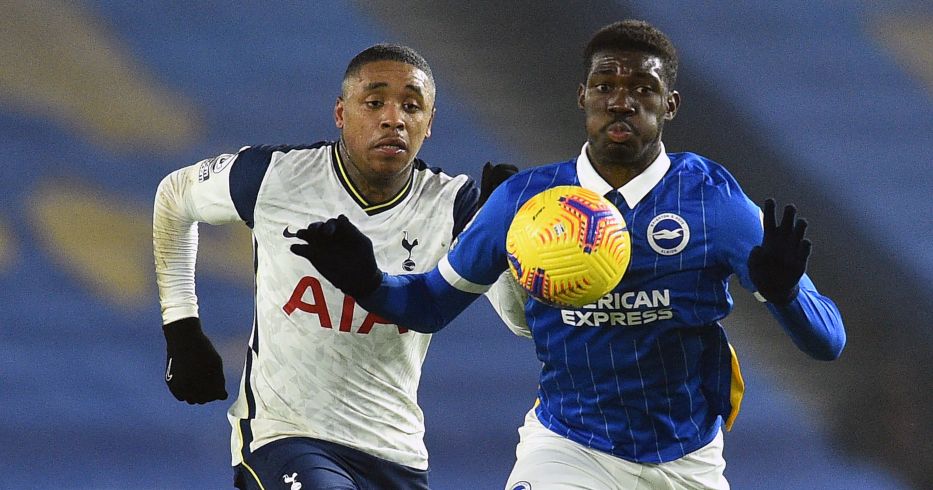 Perhaps most indicative of their struggles is that it is tough to pick a standout player on the surface. Neal Maupay has eight goals but should have had so many more. Pascal Gross has provided the most assists with just six. Tariq Lamptey was a prime candidate before an injury that left the defence without an eye-catching star. But in Yves Bissouma they have an auction-worthy gem. He is almost Brighton’s antithesis: the numbers and statistics are not particularly striking but to watch him is to see a player wasted in the bottom half.

7) Tomas Soucek
No player has featured for more Premier League minutes this season, which is quite the feat considering Tomas Soucek has actually been sent off. That overturned red card in the seventh minute of stoppage time against Fulham in February is perhaps the only negative mark against his name since joining West Ham in January 2020.

That initial loan move was made permanent almost anxiously quick to put Soucek in between Marouane Fellaini I and Jarrod Bowen on the list of most expensive David Moyes signings. He has combined the elite elbows and consummate chest control of the former with the supreme work ethic and latent goal threat of the latter to form the ultimate West Ham player: the sort that impresses enough to get a move before struggling elsewhere.

6) Emiliano Martinez
Eight games remain for Emiliano Martinez to close the gap. The Argentinean has 14 clean sheets in 30 matches this season, behind only Edouard Mendy (14 in 26) and Ederson (17 in 31) when it comes to those coveted Premier League Golden Gloves. But the Aston Villa custodian might justifiably suggest he has to do more work for the same reward: he has made 107 saves to the Chelsea keeper’s 45 and the Brazilian goaltender’s 49, with Martinez’s save percentage of 78.4% the highest in the division.

It has been a fine first full season between the posts at 28 for a player who has used injury to a teammate as a launching pad for his career. The butterfly effect caused by Bernd Leno’s summer knee injury has granted Martinez an opportunity he was determined not to waste, whether it has presented itself in north London or the West Midlands. While he has not been the sole difference, it took Villa 18 games last campaign to concede as many league goals as they have in 30 matches in 2020/21.

5) Harvey Barnes
It is no bad thing but Harvey Barnes carries with him the unmistakable stench of 5000/1 Leicester. He made his debut as a second-half substitute for Danny Drinkwater under Claudio Ranieri yet the skilful and adept counter-attacker still feels fresh at just 21. After being loaned out by Craig Shakespeare and rarely featuring during Claude Puel’s reign, Barnes has developed wonderfully through the guidance of Brendan Rodgers.

Before his recent injury the winger had racked up nine goals and four assists in 22 Premier League starts. The common belief is that Kelechi Iheanacho has helped shoulder the burden that started to weigh heavily on Jamie Vardy but Barnes was fulfilling that role with accomplished serenity long before then. A European Championship squad spot might genuinely have beckoned before his body – and later his decisions off the field – let him down.

4) Declan Rice
“Where he needs to improve, where do you want me to start?” asked Roy Keane, whose work with Declan Rice during their respective times with the Irish national team presumably put the pundit in good stead to judge. The West Ham vice-captain has twisted that answer on its head in the subsequent 18 months; it would be tough to find a particular aspect he needs to work on now.

Their lack of stability since his injury absence is no coincidence. Rice is the fulcrum of a team swimming in deeper waters than was first intended but neither he nor they look particularly out of place at this level. His “positional play” has been solid enough to return the third-most interceptions of any Premier League player this season, while an 87.9% pass-success rate seems decent for someone who is “sloppy in possession”.

3) Jack Grealish
Even with one of the best defensive records in the top flight, Aston Villa have not quite proven irrefutably that they are blessed with dimensions beyond Jack Grealish. Taking their talisman and captain out of the side does not have the same negative transformative effect of, say, removing Wilfried Zaha from the Crystal Palace line-up. But Grealish’s importance is evident in the obvious and understandable stumble Villa have suffered since he was sidelined.

The sample is fairly limited but the proof is stark enough: Villa have won two of their eight Premier League games without Grealish this season compared to 11 of 22 with him. They score almost twice as many goals when he plays (1.64 per game to 0.875 per game). If you extrapolate their points per game with him (1.64) over the entire season then Villa would finish on 62 points; do the same to their PPG without him (1) and last campaign’s relegation battle would have been repeated. The 25-year-old has not featured since mid-February and still has more key passes than every player bar Bruno Fernandes, who has played 765 more minutes.

2) Wilfred Ndidi
Leicester will not mind if Wilfred Ndidi exists outside of the framework. Their model is to find rough diamonds, buy at relatively low prices and spend a few years polishing them up enough to catch the eye of the elite. The Foxes have sold one first-team player for at least £30m every summer since 2016 and it has helped sustain their steady rise towards a trapdoor that is about to be slammed shut on their fingers. Yet Ndidi seems to have slipped through the cracks and developed an affinity for where he has landed.

For his first season and a half in the Premier League the midfielder was a clear but unrefined talent, a little awkward and limited on the ball. Each campaign since has been a giant stride forward to his current status as one of the most effective defensive midfielders in Europe. Leicester have struggled with injuries this season but none more so than Ndidi’s. Five of their nine defeats (55%) so far came in the 12 matches of 31 (38.7%) he has missed.

1) Patrick Bamford
The marker set by Andy Cole will surely forever be in the distance but Patrick Bamford has otherwise registered one of the best scoring seasons from a promoted player in Premier League history. With six games remaining the striker has drawn level with Marlon Harewood on 14 goals and has Grant Holt (15), Rickie Lambert (15), Odion Ighalo (16) and Yakubu Aiyegbeni (16) fixed in his sights. Combine that with seven assists and Harry Kane is starting to feel a little uncomfortable about the level of budget imitation.

All the more remarkable is that this has come with his sixth different Premier League club. Bamford scored a solitary goal in the competition across 27 games for Chelsea, Crystal Palace, Norwich, Burnley and Middlesbrough from 2012 to 2018. Marcelo Bielsa has unlocked the 27-year-old’s potential in quite spectacular fashion, starting him as the most energetic side in the league’s attacking spearhead in every game so far. England may look elsewhere but Leeds are reaping the benefits. 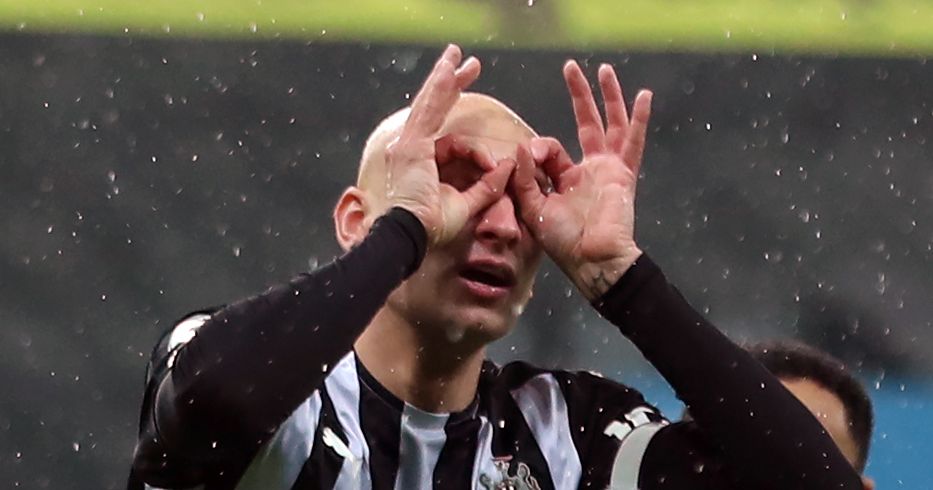