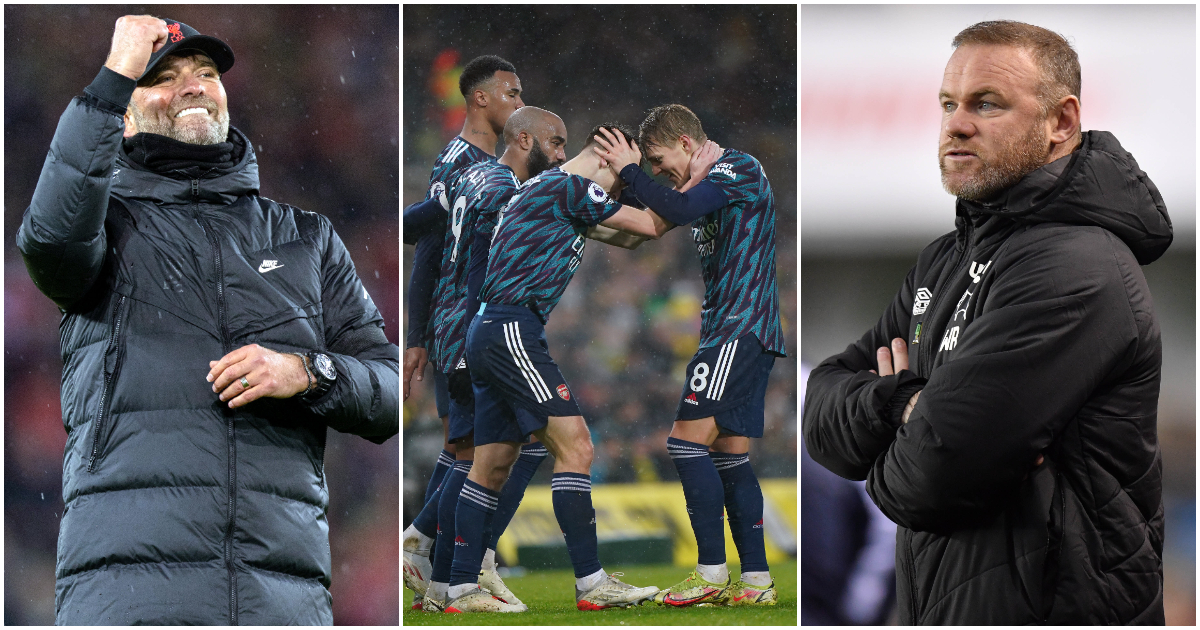 As is traditional at this time of year we’ve made ourselves hostage to fortune by actually writing down a bunch of stuff that will definitely happen over the next 12 months, assuming the seas don’t boil and the earth isn’t put out of its misery. Which can’t entirely be ruled out to be fair. Marvel at our prophetic powers/laugh at our wrongheaded foolishness…

10) Burnley are relegated
I mean, really this shouldn’t be much of a prediction for a team with 11 points after 17 games, but they are currently only two points shy of 17th-placed Watford who look like they may well be able to go for a second managerial change of the season (a prediction that we can’t include on the basis that it is less a prediction and more a simple statement of fact that just doesn’t happen to have actually taken place yet in our reductive and simplistic linear concept of time). But even if they catch Watford, Burnley will also have to stay ahead of Newcastle. They may have games in hand, but that could prove more hindrance than help as a dinky squad tries to cope with fixture pile-ups with which they are ill-equipped to cope.

9) Jurgen Klopp finally lifts a domestic cup in England
A quirk of Klopp’s enormously successful time at Liverpool is the fact he has never lifted a domestic cup in his seven years at Anfield. They’ve not even won a Community Shield under Klopp having lost the 2020 edition to Arsenal on penalties. It’s an extension of a trend that was already beginning before Klopp’s arrival. You have to go back to 2006 for Liverpool’s last FA Cup win, which is pretty extraordinary really given how good they’ve been and for how long now, while the League Cup has eluded them for a decade. This season feels like a fine chance to put that right. Liverpool look pretty likely to swiftly find themselves in the “Proper Tilt At The Cup” sweetspot of safely on course for the top four but with no real prospect of a sustained title challenge, and they’ve already – just about – made their way to an admittedly stacked final four of the Carabao (although City are out, which is something).

8) Manchester City break the record for consecutive Premier League wins
This one gets the prize for Prediction That Could Fall Apart Most Embarrassingly Quickly but it’s hard to bet against Guardiola’s all-conquering side right now. They currently sit on an 11-match winning run, meaning they need eight more to go past the record of 18 they already jointly hold with Liverpool. Assuming they avoid any Covid fixture trickery, that means they will first have to beat Chelsea on January 15 while also getting the better of Manchester United and Tottenham among others. Those three games are all at the Etihad, though. Win those and games against your Southamptons and Norwichs and it’s all set up for a potential record-breaker at Crystal Palace – the last team to beat them in the Premier League back in October.

7) Norwich break at least one Premier League record
Take your pick of pretty much any unwanted Premier League record here. Even the infamous 11 points is still in play for a team that has been stuck on 10 points for five games that have an aggregate score of 0-14 and closed out their last Premier League season with 10 straight defeats. Which brings us to another possibility: 29 defeats – Norwich can beat a record shared by Derby, Sunderland and Sheffield United (we’ll let the Ipswich side of 94/95 off a bit because they had 42 games to play) if they lose 17 in the second half of the season. But the most likely is perhaps another of Derby’s 2007/8 records, one shared with last season’s shambling Sheffield United. Both those iconic teams scored just 20 goals across their legendary relegation seasons. Remarkably, Norwich are currently well on course to beat that having netted just eight times in the first half of the season. Records for fewest home goals in a season (currently Fulham’s nine last season, Norwich are on five) and fewest away goals (Norwich are still four short of their own record-breaking seven from two years ago) are both very much in play. The Canaries are also currently a third of the way to matching Sunderland’s 15-match losing run from 2002/3 – the longest such run within a single season.

6) English clubs reach the semi-finals of three European competitions
The Champions League ought to take care of itself here, and West Ham juggled the twin demands of European and domestic football pretty well before Christmas. They’ve got every chance. Which just leaves Leicester in the tournament Brendan Rodgers hadn’t heard of and that lazy old Spurs couldn’t even be bothered to finish. Don’t let us down, lads.

5) Someone outscores Cristiano Ronaldo at Manchester United
More a hope than a prediction, just to see what he puts in his year-end Instagram post for 2022.

4) Arsenal go top at some point
Realistically, we’re probably going to have to wait for the early stages of next season here and we don’t really expect them to stay there for long, but they do look pretty bloody decent which hasn’t been true for a while. If all else fails, we’ll just fall back on insisting the table before a ball is kicked next season still counts. And don’t give us any of that “AFC Bournemouth” rubbish if/when they get promoted back to the big time. You can’t just Acme your way to the summit like that; you’re still third in the all-important pre-season table. It’s still decent.

3) Newcastle escape relegation
Newcastle have only one win and 11 measly points from the first half of the season. Maths fans will tell you that puts them on course for 22 points across the whole season, and football fans will tell you that means Premier League relegation and by a long way. This would all normally be true. In other seasons it’s possible that Newcastle would already be too far back to recover even with all the money. But Newcastle have had two huge slices of good luck this season. The first is having all that lovely money. The second is being this bad so far in a season when three other teams without unimaginable wealth are also very bad. Newcastle are currently one of four teams on course to finish with fewer than 28 points this season. Newcastle don’t need to finish above anyone other than those three and then they can start their plans for world domination in earnest.

2) Wayne Rooney gets a Premier League job
We were right about Steven Gerrard and Rooney is winning plenty of plaudits for the quiet dignity with which he is leading Derby during a time of existential crisis. Not hard to see any one of about a dozen Premier League clubs having a good hard think about Rooney in the summer or during the traditional international break sacking windows next autumn.

1) Harry Kane wins his first trophy
It’s been said plenty of times before, but it really is incredible that Kane has never won any silverware beyond assorted individual pots and pans. It’s not just that this is crazy, and it’s not just that he is arguably the best ever not to win anything at all, it’s how close he’s come to such major honours without ever getting his hands on one. Euro finals. Champions League finals. World Cup semi-finals. The Carabao. Surely – surely – this is the year the banter finally dies. He’s in the Carabao semi-finals once again with Spurs – where beating Chelsea and then Arsenal or Liverpool isn’t going to be easy but is also far from impossible. Spurs’ last trophy in the dim and distant past of 2008 came in that competition and involved beating Arsenal in the semis and Chelsea in the final, so there’s that. Spurs have a decent third-round draw in the FA Cup as well, and if all else fails there’s always the World Cup in December. That one’s in the bag. And that’s assuming he doesn’t joined Manchester City in the summer and pocket a Community Shield and/or Super Cup medal which definitely count.