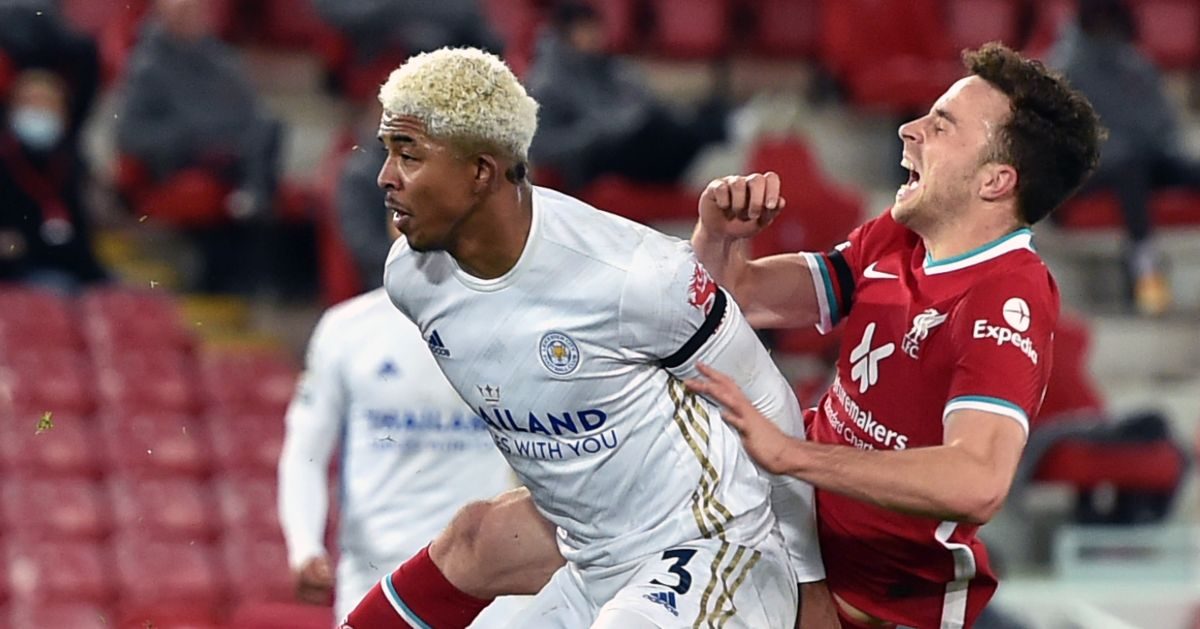 West Ham and Aston Villa are the only clubs to feature twice on a list of the Premier League’s ten best signings of the entire season.

10) Ollie Watkins (Aston Villa)
There remains six outfielders in the top flight not to have missed a single Premier League minute for their respective clubs this season. Extend that further to the rest of Europe’s top five major divisions and there are no non-goalkeeping ever-presents in Serie A or La Liga, with four in the Bundesliga and one in Ligue Un. Ollie Watkins is the sole striker among them.

An alternate reality would likely have sent Watkins away to waste on the Tottenham bench on a diet of Carabao, but this timeline has delivered him squarely to the perfect home. Villa needed a reliable forward to convert the many chances created by Jack Grealish and the fella from Brentford has thrived at the next level. Dean Smith’s top scorer last season finished on eight goals; England’s latest international has nine games remaining to improve on his current tally of 11.

9) Jesse Lingard (West Ham)
Not one of the admittedly few permanent signings made in the January transfer window have made an immediate positive impact in the Premier League so far. The deals that have paid dividends were loans, from Martin Odegaard impressing at Arsenal to Josh Maja scoring twice for Fulham, Ozan Kabak slotting in at Liverpool, Joe Willock and Takumi Minamino faring well with Newcastle and Southampton respectively and Okay Yokuslu shunning nominative determinism at West Brom. But chief among the temporary fillings has been Jesse Lingard, whose career renaissance has already been completed at West Ham.

Six goals and four assists is a phenomenal return. The inevitable talk of whether this will be enough to force his way back in at Manchester United has already begun, as has the backlash to his potential inclusion in England’s European Championship squad. In either instance it is disrespectful to the 28-year-old, who might now appreciate the greener grass and bring that vibrant energy to a major international tournament.

8) Wesley Fofana (Leicester)
“It is an absolute dream to work with him every day. I have an enormous amount of luck. I listen to everything he says. It’s not just about what’s on the pitch, he advises me on what I need to do in terms of nutrition, keeping myself hydrated and everything that comes off the football pitch. In terms of the game he has helped me a lot tactically and also in communication, even though I’m speaking in a language that I’m not used to at the moment. I’m really grateful for everything that he has done.”

Fofana would perhaps be best advised not to commit entirely to Kolo Toure’s guidance when it comes to diet pills, as a completely random and meaningless example, but there are few better to teach the art of Premier League defending than the Leicester first-team coach. Fofana has clearly benefited from that influence to make this oft-difficult step look seamless and effortless. His impact is arguably most evident when he doesn’t play: the 20-year-old missed both legs of their Europa League exit to Slavia Prague, as well as defeats to West Ham and Arsenal this season. Those Manchester United links are unavoidable but it still feels as though the Frenchman’s consummate brilliance at a young age in a difficult league and exacting position has gone underappreciated. 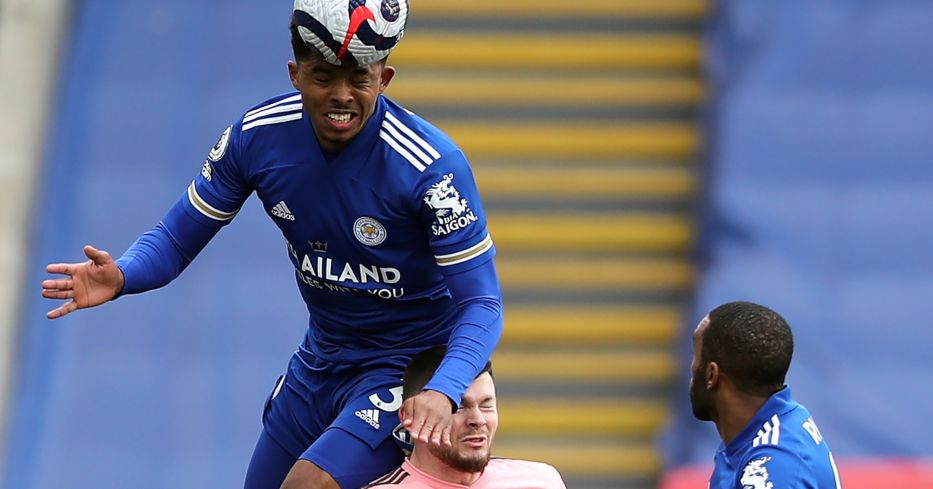 7) Callum Wilson (Newcastle)
Harry Kane has 37.3% of Tottenham’s Premier League goals this season. David McGoldrick and Mo Salah are next at the absolute opposite ends of the spectrum, with 35.3% of Sheffield United and Liverpool’s strikes respectively. Then follows Dominic Calvert-Lewin on 34.1% of Everton’s, before one arrives at the reliable and lethal feet of Callum Wilson. He has been responsible for one-third of Newcastle’s league goals this season, a proportion that has effectively kept them in the relegation battle when it might well have been a full-on surrender without him.

Their form since his injury-enforced absence certainly suggests as such. Nine games, four draws, five defeats and five goals without him underline how crucial Wilson has been in giving Newcastle a latent attacking threat, even at their worst and most unimaginative. His ten goals have, conversely, come in five victories and two draws. They would be – and of late have been – utterly lost without him.

6) Tomas Soucek (West Ham)
This beautiful union might have started on loan in January 2020 but West Ham deserve credit for making the arrangement permanent for £15m in the summer, in the same way a child should be overly praised for doing something incredibly obvious. It would have been hilariously inept not to activate the £15m option in their initial deal for Tomas Soucek, but then you consider the club and the manager and it is vaguely surprising that the Hammers did not try and offer double that fee for absolutely no reason.

And it still would have been worth it. If and when West Ham do decide to part ways with Soucek they could make three times as much as they paid and it would not be shocking to see him struggle elsewhere. The environment David Moyes has cultivated in east London, the team ethic he has instilled, has been specifically designed to help players flourish. Soucek is the defensive-midfield top scorer for a side in the Champions League qualification places and that novelty has long since worn off to show only an incredibly effective player prospering in the perfect team.

5) Raphinha (Leeds)
Some players are destined to never truly settle, flitting between clubs as comfortably as they ghost past opponents and leaving tantalised and besotted supporters in their wake. Raphinha seems primed for that nomadic existence, so much of his Leeds spell having already been spent hawking him off to those familiar elite vultures. Considering the Brazilian has stayed for a single season and played exactly 28 league games for both of his last two clubs, it would be no bombshell if he departed Elland Road this summer and starved fans of the opportunity to see him live.

That is merely a reflection of how excellent he has been and how transferable his talents would be to a higher level. Raphinha looks like precisely the sort of player that would embrace a step up in quality of those around him, yet Marcelo Bielsa and this slightly more limited squad has been the perfect fit for an elite playmaking winger willing to put in the graft. A grump might suggest there are unnecessary flicks and tricks that could be ironed out but those imperfections help make Raphinha such a thrilling attraction.

4) Ben Godfrey (Everton)
Everton had an excellent summer transfer window. Allan and Abdoulaye Doucoure helped transform their central midfield while the exceptional James Rodriguez has been a gift to watch at times. Yet their most effective and impressive signing has been the relegated defender drafted in by the Toffees only when their apparent first choice moved elsewhere. Ben Godfrey joined in early October but feels like he has been at Everton for a decade or so, such is his maturity and tactical intelligence.

Carlo Ancelotti has been left suitably impressed with his transition from ball-playing centre-half in a weak back line to a robust, versatile and cultured player with no discernible weakness. Godfrey has been used on the right and left and through the middle of four-man defences with no drop-off whatsoever in terms of output. That takes talent and character, of which he has both in abundance. 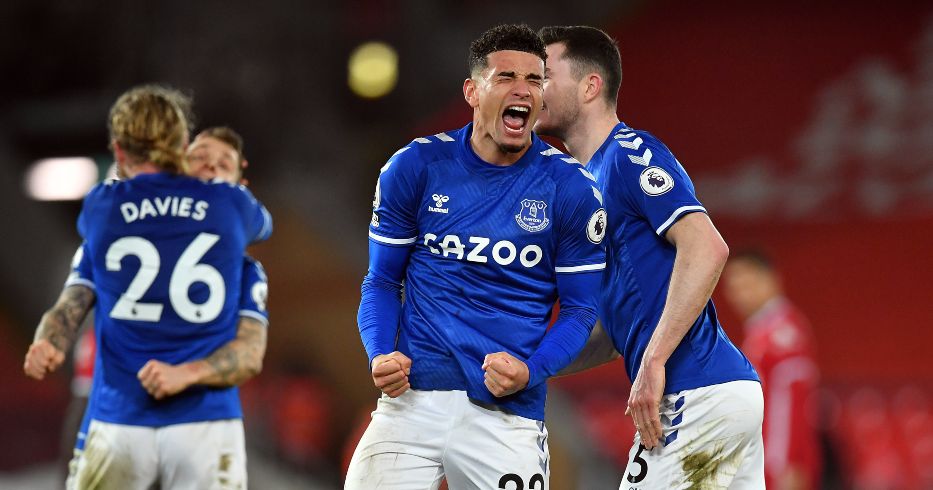 3) Diogo Jota (Liverpool)
Not since secondary school has a signed Jota been of such importance. The race is on for the Portuguese, who has scored eight Premier League goals despite starting seven games this season. Throw in a Champions League hat-trick and six goals in five starts for the national team since joining Liverpool and Jota is operating at breathtaking levels of efficiency for club and country.

The initial reaction to his move was far from universally positive. Many an eyebrow was raised and plenty scoffed at the prospect of Liverpool spending £7m or so less on a Wolves player than Chelsea had stumped up for Timo Werner. Only in the glare of hindsight has that turned out to be an incredibly prescient, even if entirely forced, switch of targets: Jota has a Premier League goal every 91.25 minutes in 2020/21; for Werner that number is 427.2. Liverpool have also never lost when he has scored, which is handy considering the taste he has developed for it.

2) Emiliano Martinez (Aston Villa)
The coveted record for most Premier League clean sheets kept by an Aston Villa goalkeeper in a single season is jointly held by two players: Brad Friedel in 2009/10 and Mark Bosnich in 1995/96. Both managed 15, with Emiliano Martinez one behind and safe in the knowledge that he has ten games to set a new marker.

The 28-year-old has laid it on a little thick recently with regards to his post-Arsenal redemption story but few could really blame him. Frustration at not being given a regular first-team opportunity in north London gave way to determined anger when that chance was finally afforded to him but Bernd Leno was still entrusted with the gloves long-term. Martinez has parlayed that into some excellent performances as the foundation of Villa’s resolute rearguard. No keeper has a higher save percentage this campaign than his 75.4%; Brad and Mark ought to enjoy their last few days of relevance.

1) Ruben Dias (Manchester City)
“It’s a tough result but I am not going to give up. I am going to find solutions for the team to be stable,” said Pep Guardiola in September. He and his players publicly lamented the approach that had beaten them, but privately the manager had already set about devising a way to pull Manchester City from their latest hole.

The “solution” to restore “stability” was found in Ruben Dias, a £65m arrival from Benfica signed two days after that crushing home defeat. In City’s 44 games since he joined, the centre-half has started 38 for a record of W31 D5 L2 F80 A17, with 24 clean sheets. It took Guardiola longer than it ought to have done to replace Vincent Kompany, but it’s better late than never.