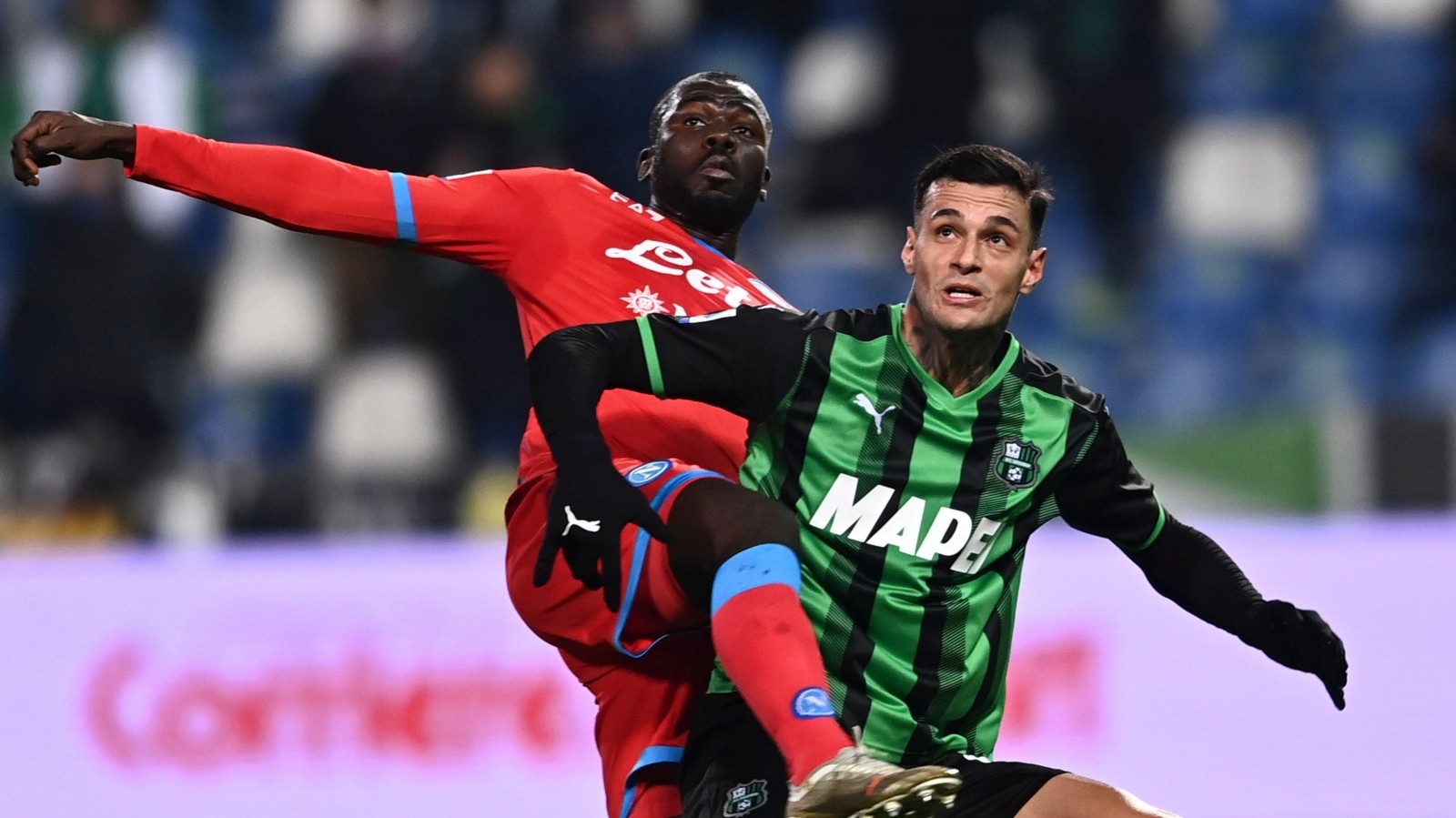 These are the players we are most excited to see make their Premier League bows this year. As Arsenal can attest, they aren’t all new signings.

10) Boubacar Kamara (Aston Villa)
After speculation suggested club-record pursuits of Kalvin Phillips and Yves Bissouma were imminent, some Aston Villa supporters were perhaps left somewhat cold by the capture of free agent Boubacar Kamara a mere day after their final game of the season. But this was a seismic move, coming as it did under the reported noses of Atletico Madrid, Barcelona, Bayern Munich, Chelsea, Manchester United and a series of other clubs capable of offering more than a role as John McGinn’s safety net.

Aston Villa have committed eye-catching fees on Diego Carlos and Philippe Coutinho but it is Kamara who could be the most transformative addition to Steven Gerrard’s squad. The manager himself sees “exactly the type of player we need if we want to go to the next level”, someone who epitomises the combined strengths of Douglas Luiz and Marvelous Nakamba in ability and attitude, without the drawbacks of either. There might have been no better value on the market this summer; Villa’s speed in completing the deal was no mistake.

9) Kalidou Koulibaly (Chelsea)
It was promised many moons ago yet long deemed by most to be a physical impossibility. ‘Kalidou Koulibaly, Premier League player’ was a line that belonged in only the most absurd works of fiction, accompanied by a knowing chuckle or disbelieving shake of the head. But in their desperation, Chelsea have shattered the unspoken rule and signed a perennial resident of Transfer Gossip Columnshire. They’d be the first to complain if someone strolled into that forbidden dimension and bought William Carvalho or Julian Draxler. Hypocrites.

But the damage is done and so the intrigue as to how Koulibaly will actually fare takes over. Having just turned 31, the Senegal international is the sprightly, youthful novice in any partnership with Thiago Silva and he has even burdened himself with John Terry’s old shirt number because nothing is sacred anymore. Chelsea being the latest big club to do the whole ‘F***, Virgil van Dijk is good; spending a fortune on centre-halves is clearly very easy indeed’ is also fun. They will hope he is more Ruben Dias or Cristian Romero than, well, any Manchester United defender.

8) Tyler Adams (Leeds)
Brenden Aaronson (£29.5m) and Luis Sinisterra (£21m) both cost more, while Rasmus Christensen and Marc Roca are exciting signings in their own right. But Tyler Adams is the player tasked with replacing an absolute stalwart who Leeds have built around for the past six years. And he must fulfil that obligation while being both American and one of Jesse Marsch’s former players at RB Leipzig.

“Kalvin Phillips is an unbelievable player,” Adams recently said of the comparisons. “What he’s done for Leeds speaks for itself,” he continued. “But I didn’t come in to be Kalvin Phillips, I came in to be Tyler Adams and I’m a completely different player to Kalvin Phillips. He deserves that move to Manchester City but I’m just here to be myself.” It remains to be seen to what extent “be myself” actually means ‘play in a similar manner to Kalvin Phillips’.

7) Brennan Johnson (Nottingham Forest)
The inevitable could only be delayed for so long. Brennan Johnson was Premier League-bound in some format, with Brentford having offers rejected last summer and in January, while Everton and Newcastle made their interest known when he was still in the Championship. Johnson happened to take the slightly more convoluted and difficult top-flight route, helping Nottingham Forest earn promotion through the play-offs.

Steve Cooper has essentially assembled an entirely new team to offset the loss of loan players and oversee the requisite evolution in squad quality. But Johnson will be among those trusted to make the step up and a new four-year contract is recognition of both his excellence and loyalty. The 21-year-old could have conceivably graduated to the top table sooner but his seat is guaranteed.

6) Lisandro Martinez (Manchester United)
The most exciting thing about this upcoming season is the inevitable cut to an exasperated Roy Keane in the Sky Sports studio as David Jones asks him to dissect Manchester United’s concession of a set-piece goal, with Lisandro Martinez having been beaten to a header. The potential is there for history to be made as someone spontaneously combusts on live television.

Erik ten Hag has calculated this gamble down to every last inch, feeling that whatever Martinez lacks in stature he makes up for with his tactical intelligence, aggression and familiarity with the manager’s methods. Until and unless an actual central midfielder is signed, Lisandro Martinez is the player upon whom Ten Hag is staking the bulk of his reputation at Old Trafford.

5) Ivan Perisic (Tottenham)
“He has to continue to work because at this moment he’s not the Ivan Perisic I know,” declared Antonio Conte after Tottenham’s pre-season defeat to Roma. But that was the bitter aspect to an otherwise sweet dose of medicine for a player who would expect nothing less. “He moves forward, good in one-v-ones, and then he can use both feet,” the manager added, remembering that the carrot does sometimes have to follow the stick.

Perisic is no guaranteed starter. Nor are any of those six Tottenham first-team signings, at least initially. But the Croatian has an obvious advantage over Richarlison, Yves Bissouma, Djed Spence, Fraser Forster and Clement Lenglet in that he arrives with a consummate understanding of precisely what Conte wants, and perhaps more importantly what he absolutely doesn’t. “We’re working with him, but his response isn’t positive. Perisic can’t play in the role that I want,” Conte complained during their first pre-season together at Inter in summer 2019. Yet the Croatian might now be the example to follow.

4) Cheick Doucoure (Crystal Palace)
In preparing to record that difficult second album, Patrick Vieira has secured himself yet more masterful collaborators. Crystal Palace have had a quiet but excellent summer of careful, patient construction on sound foundations. Sam Johnstone is excellent goalkeeping back-up and Malcolm Ebiowei is one for the future, while 22-year-old Bayern Munich player Chris Richards continues the youthful reimagining of the defence. But in Cheick Doucoure, there might soon be another jewel in the Palace crown.

“He works in the shadows, and, for me, he is very important,” former midfield partner Seko Fofana said of their successful combination at Lens. “He is incredibly complete. He’s one of the best players I’ve played with. He knows how to shoot from distance, how to pass, break the lines, dribble, and defend.” It’s a wonder someone like Vieira was interested in him. For as much as £21m, the Conor Gallagher void has been filled and Doucoure should slot straight into a team operating on every level like it has just been managed by Roy Hodgson for almost four whole seasons.

The Hammers have even less fortune when specifically purchasing strikers, with Scamacca the 50th of the Gold and Sullivan era. A single goal would rank him almost in the top half of those players, clear of compatriots Simone Zaza and Marco Borriello. David Moyes will admittedly be setting his sights slightly higher but history suggests it will be important to take this one small step at a time. At least Michail Antonio might finally get a rest.

2) William Saliba (Arsenal)
For a quick reminder as to how long ago Arsenal invested £27m on William Saliba, he was signed by Unai Emery and it was Matteo Guendouzi who “gently advised” him to move to north London. Things have changed ever so slightly in the three years and as many loans since. But more than halfway into his initial five-year contract, the Frenchman’s Premier League bow finally approaches. Mikel Arteta, whether by accident or design, has played this perfectly and should soon reap the rewards.

1) Erling Haaland (Manchester City) and Darwin Nunez (Liverpool)
Not falling into that trap.