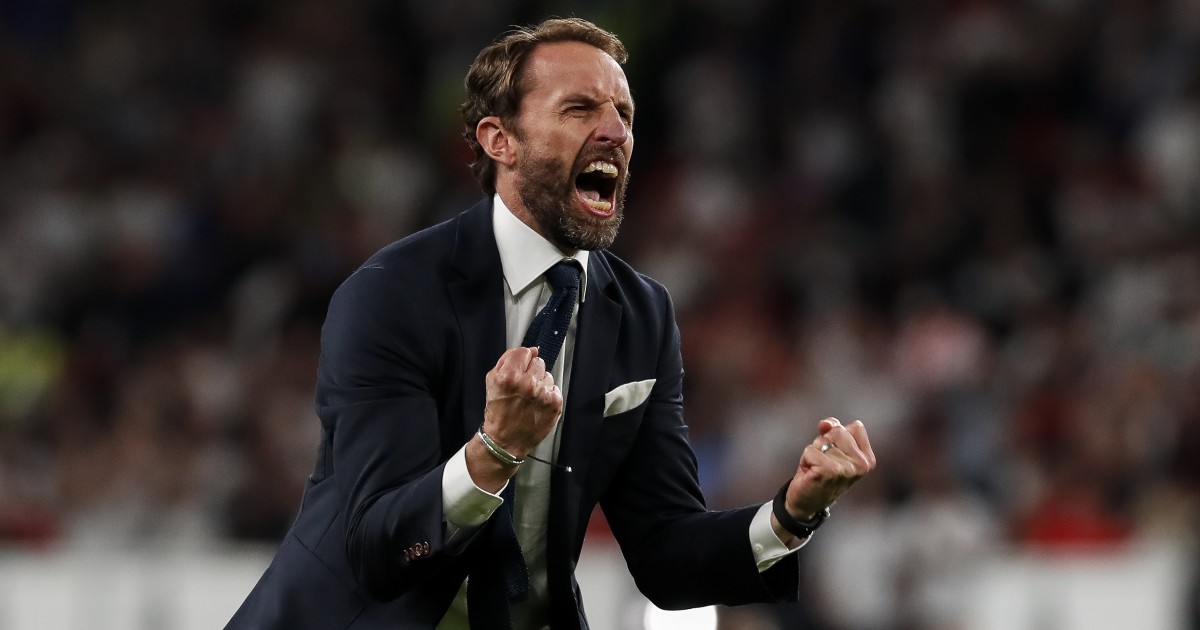 There has been plenty of negativity surrounding England losing their first major tournament final in 55 years on penalties. Let’s be positive.

10) The 2022 qualifying group
The dust has not yet settled and the broken glass is barely cleared from Wembley Way but football waits for no-one. The Premier League starts in 32 days. The World Bog Snorkelling Championships take place in 47. And England resume their journey to the 2022 World Cup in 51, putting the Euros behind them and looking ahead to Qatar.

Their progression to a major tournament final will put them among the favourites next winter, provided they make it through an entirely gentle qualification group. Only the most ardent of bandwagoning politicians could name England’s five competitors, ranging from the Nations League think-piece fodder of Andorra and San Marino, to the navigable threats of Albania and Poland. England won their opening three games within six days in March, James Ward-Prowse scoring their first goal of the phase, with Dominic Calvert-Lewin’s double and an Ollie Watkins strike feeling a lifetime ago.

England kick things back off with their toughest game: a visit to Hungary on September 2. Do what neither France nor Germany could this summer in overcoming their obdurate opponents and it will be time to start properly researching December weather in the Middle East.

9) The 2022 dream
“The two targets I have for the England team are – one, to at least reach the semi-finals of Euro 2020 and two, win the World Cup in 2022,” said FA chairman Greg Dyke, less than a year before reacting to the 2014 World Cup draw by drawing his finger across his throat. England finished bottom of that group as he might have feared, Dyke formally stepping down from his role in the same summer Iceland knocked the Three Lions out of Euro 2016.

The dream had become a nightmare but serendipity has corrected the course. It was a marker born of optimism more than anything else and most of Dyke’s attempts at reform were blocked. His replacement, Greg Clarke, even scoffed at and scrapped the 2022 target. But it gave England something to aim towards, a tangible goal around which they could plan and pontificate. It set the ball rolling to overhaul their structure and foundations, forcing an insular footballing nation into a period of necessary introspection. The England DNA plan was launched in late 2014 in the hope of producing elite players and coaches instead of relying on the rest of the world’s talent conveyor belt to prop up the Premier League. The fruits of such labour are already tantalising.

8) The strength of Premier League managers
The most crucial aspect of that improvement has perhaps been the change in Premier League coaching standards. In early 2015 the English top flight hosted such managerial luminaries as Alan Pardew, Harry Redknapp, Tim Sherwood, John Carver and Gus Poyet. Jose Mourinho’s methods would prove to be outdated soon after his most recent championship victory, while Mauricio Pochettino had only just started out at Tottenham and Brendan Rodgers was running on empty with Liverpool. A year and a half later, Jurgen Klopp, Pep Guardiola and Antonio Conte provided slightly more sophisticated and advanced guests at the top table with Arsene Wenger.

As Pochettino grew in stature and Rodgers returned a more rounded coach, the Premier League has welcomed different and better styles. It currently hosts Marcelo Bielsa, Thomas Tuchel, Graham Potter, Sean Dyche and an enlightened David Moyes. Dominic Calvert-Lewin has benefited from Carlo Ancelotti’s guidance in the same way Ben Godfrey might push on under Rafael Benitez; Ole Gunnar Solskjaer has done exceptional work with Luke Shaw and Harry Maguire; Dean Smith has helped refine Jack Grealish. The level of club coaching throughout the league, not just at the biggest clubs, has never been higher. 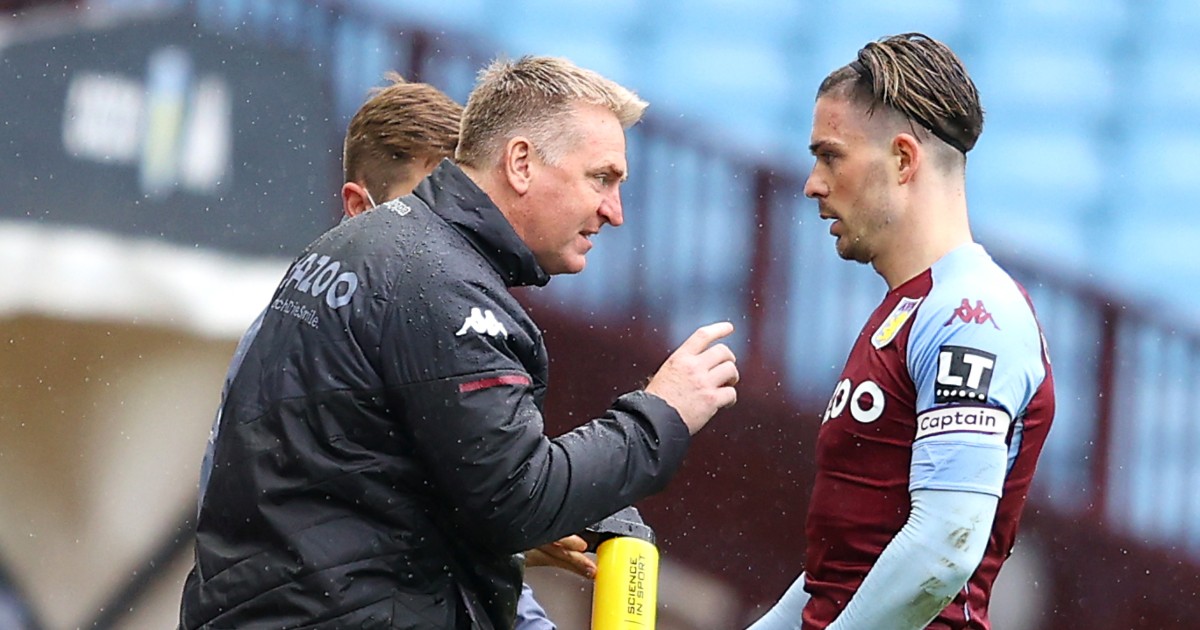 7) The potential moves
That is what makes a few oft-reported transfers so intriguing and enticing. Grealish has benefited from relative tactical freedom at Aston Villa but his game would undeniably be elevated by Guardiola. Declan Rice has showcased his brilliance on the international stage and after a season of European excursion with West Ham, his game should only develop further with regular Champions League opportunities. Jude Bellingham will improve under Marco Rose, Solskjaer is an ideal coach for an expressive forward like Jadon Sancho to work with and Harry Kane at a club that can properly support him on and off the pitch is a fearsome thought.

It works the other way, too: Raheem Sterling can benefit from a fresh approach in the same way that Kieran Trippier – once a Pochettino disciple – has been boosted after two years of Diego Simeone. Sometimes a player simply needs new ideas or someone to approach their game from a different angle, whether or not they are already in the hands of an elite manager. It will only help Gareth Southgate and his England squad for players to broaden their horizons and embrace alternative experiences.

Take into account Watkins, Callum Hudson-Odoi, Ben White, Fikayo Tomori, Harvey Barnes and Mason Greenwood, each of whom have no more than three England caps but incredibly bright potential futures, and the England pool has rarely been deeper and more talented. This is without even considering Trent Alexander-Arnold, a player worth making concessions for as Southgate looks to maximise the riches afforded to him.

5) The settled squad profile
But it will take a remarkable effort to even break into the set-up. Trust is one of the key tenets of Southgate’s tenure and the 26 players he chose for the Euros all earned it. He spoke so fondly and regularly of those that did not even play a minute for a reason: attitude and application is as important to him as ability and squad harmony is of the utmost importance.

Unless an outsider forces his hand then there is no real need to change the team. Kyle Walker, Jordan Henderson and Trippier will still be the only players of this summer’s selection over 30 by the time the 2022 World Cup commences. Harrys Maguire and Kane will both be 29, Sterling 28 and the rest entering their theoretical peak years. The spine is settled with Jordan Pickford, the two central defenders, two central midfielders and two forwards almost automatic picks for the next couple of years at least.

Plus the replacements for those that will be phased out next are already in place. White can come in for Walker – unless Joe Gomez returns to full form after injury. Bellingham is primed for the Henderson role and would still be a teenager in Qatar. Rumours suggest England are not short of right-backs waiting for Trippier to vacate his place. 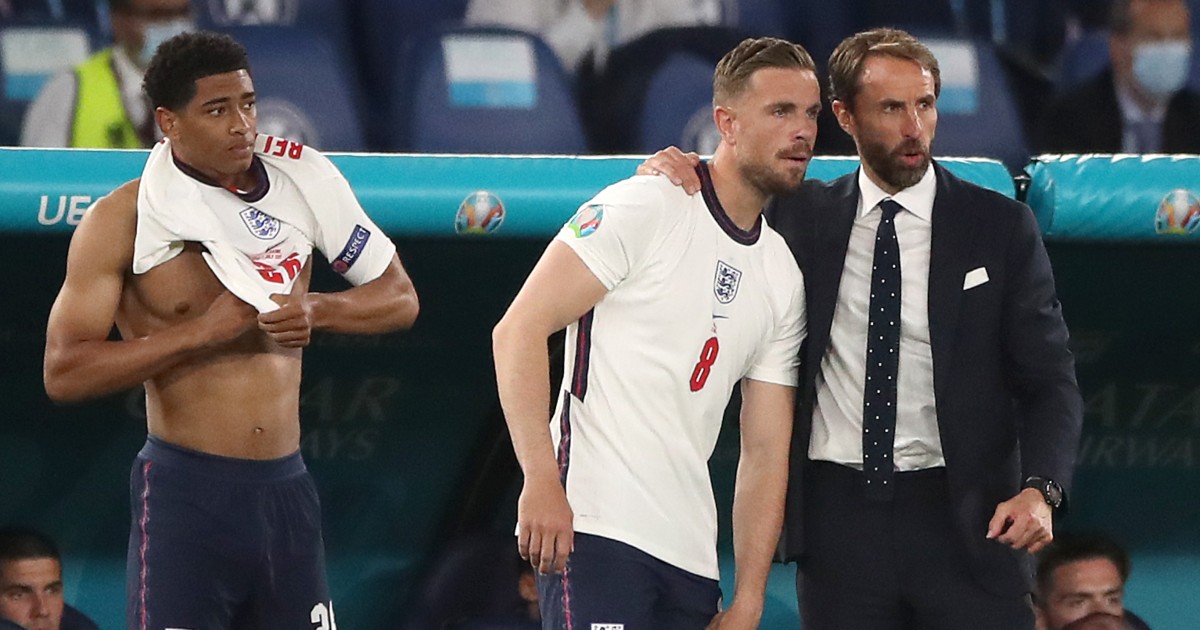 4) The lack of need to churn
That is a point worth reiterating, considering the amount of churn Southgate oversaw between his two tournaments in charge. Only nine players from the 2018 World Cup were named in his 26-man Euro 2020 squad as Gary Cahill, Jamie Vardy, Phil Jones and Fabian Delph were among those ruthlessly but quietly filtered out in favour of fresher faces that could offer more than nominal experience and Big Club status.

Southgate used the year-long European Championship delay better than most of his contemporaries, debuting ten different England players in the time between when the competition should have commenced and when it did. There were no new internationals blooded from November 2019 to September 2020, at which point Phil Foden, Greenwood, Grealish, Conor Coady, Ainsley Maitland-Niles and Kalvin Phillips were all introduced. A month later, it was the turn of Bukayo Saka and Reece James. Only one of those players is completely out of the picture now and England resembles something of a shop closed to all but the current inhabitants and those either injured or on the stand-by list.

3) The open-play goals
England embraced their set-piece proficiency at the 2018 World Cup but it did become something of a crutch. Their 12 goals in Russia included three penalties, four corners, one free-kick routine and one direct free-kick. The three goals scored in open play were a lovely Jesse Lingard strike against Panama, Kane’s fortuitous flick from Ruben Loftus-Cheek’s effort in the same match and Dele Alli’s header over Sweden.

Euro 2020 was a different story. England went from scoring the most goals from set-pieces to netting more than all but Spain (11), Italy (10) and Denmark (10) from open play two years later. With the exception of Kane’s rebound against Denmark, these were all well-choreographed moves that clearly had their origins on the training ground instead of being moments of instinctive brilliance that could never be recaptured. Southgate has faced criticism for being too cautious and conservative, for not creating enough. The truth is that England simply carved out chances of incredibly high quality instead of an incredibly high volume of chances and that is absolute progress. The foundation is there to work from.

When Germany emerged from the surprisingly mortal group of death to stand in England’s path a familiar sense of foreboding dread washed over the country, but not the players or manager. The hosts benefited from no little fortune but they controlled the last-16 tie and shook that monkey off its back. The 2018 World Cup semi-final partial revenge over Croatia was welcome and coming from behind to win a semi-final was monumental. Many have attempted to denigrate the route but even in this supposedly modest Germany era they once held a grip over England. That has been loosened and Southgate has already won the most tournament knockout games of any manager in the country’s history.

1) The transformation
It is a cause for deep shame, that England’s last two departures from a European Championship have stoked the fires of systemic racism. Sterling was the media scapegoat in 2016, purchasing a house for his mother to satisfy an obsession with ‘bling’ he would reference and rubbish years later. Saka, Sancho and Rashford are the designated villains on this occasion but the dissenting voices are quieter and quicker to be drowned out.

The nation has rallied around these players in support, love and understanding. The fans have a team that represents them, one to be proud of, to look up to, envy and emulate. In our time of need they had the country’s collective back, safe in the knowledge that courtesy would be returned as soon as it was needed.

Monday was the litmus test. The bandwagon had finally been stopped and people had an excuse to climb off and move on with their lives. It is easy to back a winning team but when they falter the fan response is telling. Three players who shouldered the ultimate burden were abused when they stumbled but everyone came together to dust off Saka, Sancho and Rashford and pull them back to their feet.

These are thoroughly brilliant athletes and exceptionally thoughtful, respectful people who recognise what impact they can have on society and why keeping politics out of football is a fallacy. They have opinions, views, beliefs outside of kicking and chasing a ball.

Their messages in the aftermath of Euro 2020 have been moving. As despicable as the actions of some individuals have been over the last couple of days and beyond, these supposedly coddled and detached millionaires have shown compassion and decency beyond their years and profession. This is the first England team to be truly proud of in at least a generation. 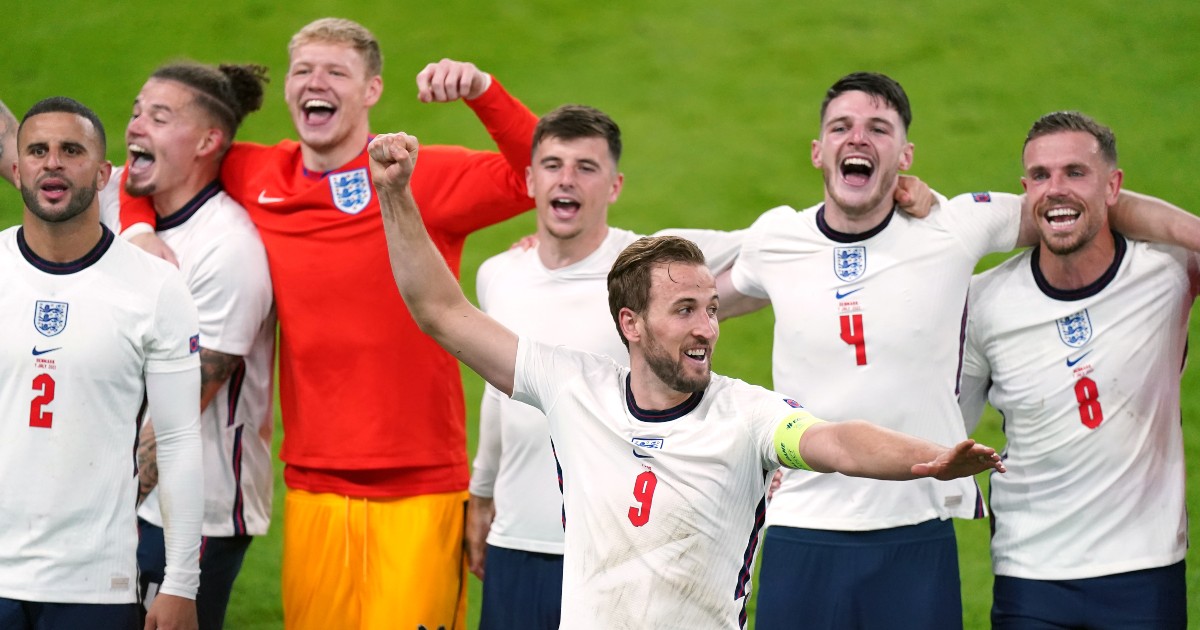