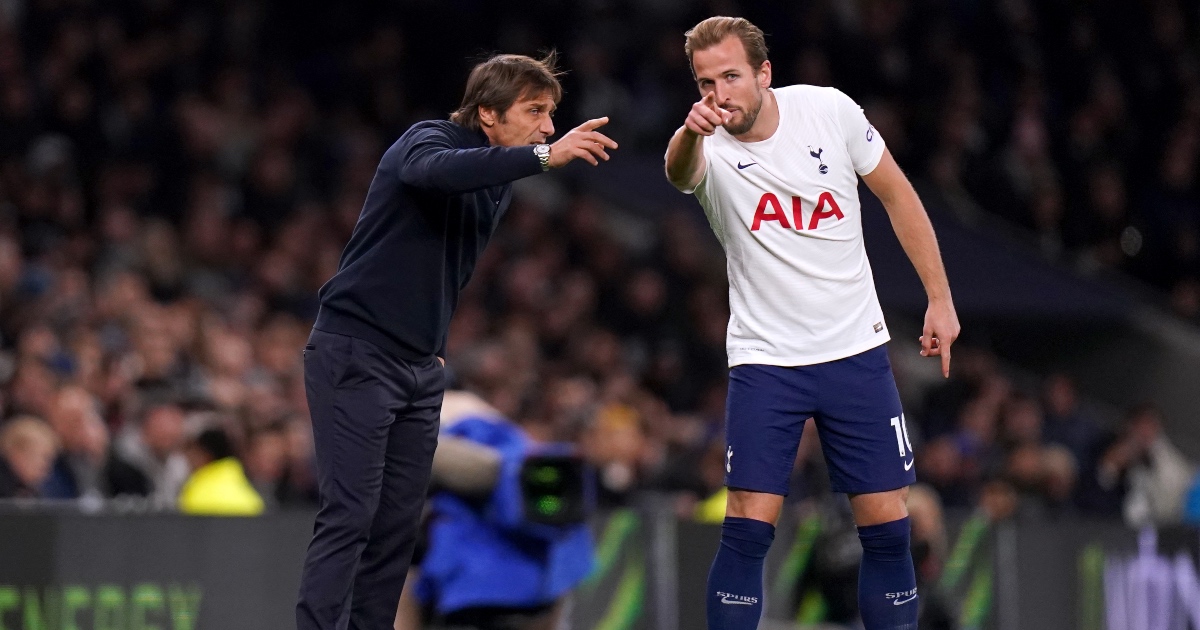 Antonio Conte has got the trust of Harry Kane. He and his teammates are rapidly approaching Mauricio Pochettino levels of belief in the boss.

Harry Kane’s one memorable moment in the first 30 minutes was something more typical of last season – dropping deep and spinning an inch-perfect ball out to the wing. No player had taken fewer touches; he was reverting to the Jose Mourinho iteration of himself through frustration.

He was told to leave a free-kick in his own half alone shortly afterwards, Antonio Conte gesturing him towards the top end of the pitch. Conte wants his striker to be a striker and to play where strikers score goals. Kane didn’t quite flounce away, but he looked like a man doubtful of his teammates’ ability to get him into the game – a fair belief given Spurs’ tepid display up to that point.

The next time Kane touched the ball, roughly a minute later, he was sweeping it past Jack Butland to open the scoring from Lucas Moura’s square pass. From that point, Spurs dominated.

A goal from their talisman breathed life into the hosts. Emerson Royal, who had played the through ball in the build-up to Kane’s opener, provided a wonderful cross for Lucas to score the second, and Sergio Reguilon was performing in the same way he frequently threatens, but rarely achieves – bombing down the wing and swinging dangerous balls into the box. Another excellent chance saw Reguilon cross for Emerson, a la Andy Robertson and Trent Alexander-Arnold. Both wing-backs were brilliant.

They are key to Conte’s system. As are Lucas and Son Heung-min, who combined for the third and final goal of the game. If Emerson and Reguilon are the new Victor Moses and Marcos Alonso, Lucas and Son are Eden Hazard and Pedro – though neither Hazard nor Pedro would have poleaxed Joachim Andersen as Lucas did to score his header. They all work to maintain Kane’s sanity, providing opportunities for the striker so he doesn’t feel the need to provide for them.

The rest – the three centre-backs and two holding midfielders – look as solid and assured as they have for a very long time. Conte told reporters this week that Eric Dier has the quality to be one of the best in the world at centre-back, and he looked it: strolling around at the back, picking passes and reading the game beautifully. And Oliver Skipp, who looked like a Premier League player playing in the Championship while on loan at Norwich last season, now looks like a Premier League player playing in the Premier League; he’s more than the midfield placeholder.

Conte has completely changed the atmosphere among the players and fans in a very short space of time and in incredibly difficult circumstances. It’s a perfect example of the difference a world-class manager can make through seemingly simple changes, undoubtedly built around passion and desire.

The difference in the ‘distance covered’ stats inevitably lead to questions over the players’ professionalism: why aren’t they running that much anyway? But the answers should be full of praise for the new manager rather than criticism of the squad. Belief that was lacking for much of Mourinho’s spell and throughout Nuno Espirito Santo’s is rapidly returning to Mauricio Pochettino era levels.

And crucially, Kane will hold and feel that belief. In the manager, but also in his teammates playing this system. He need not win games on his own, so can play in a position to win more games when needed.