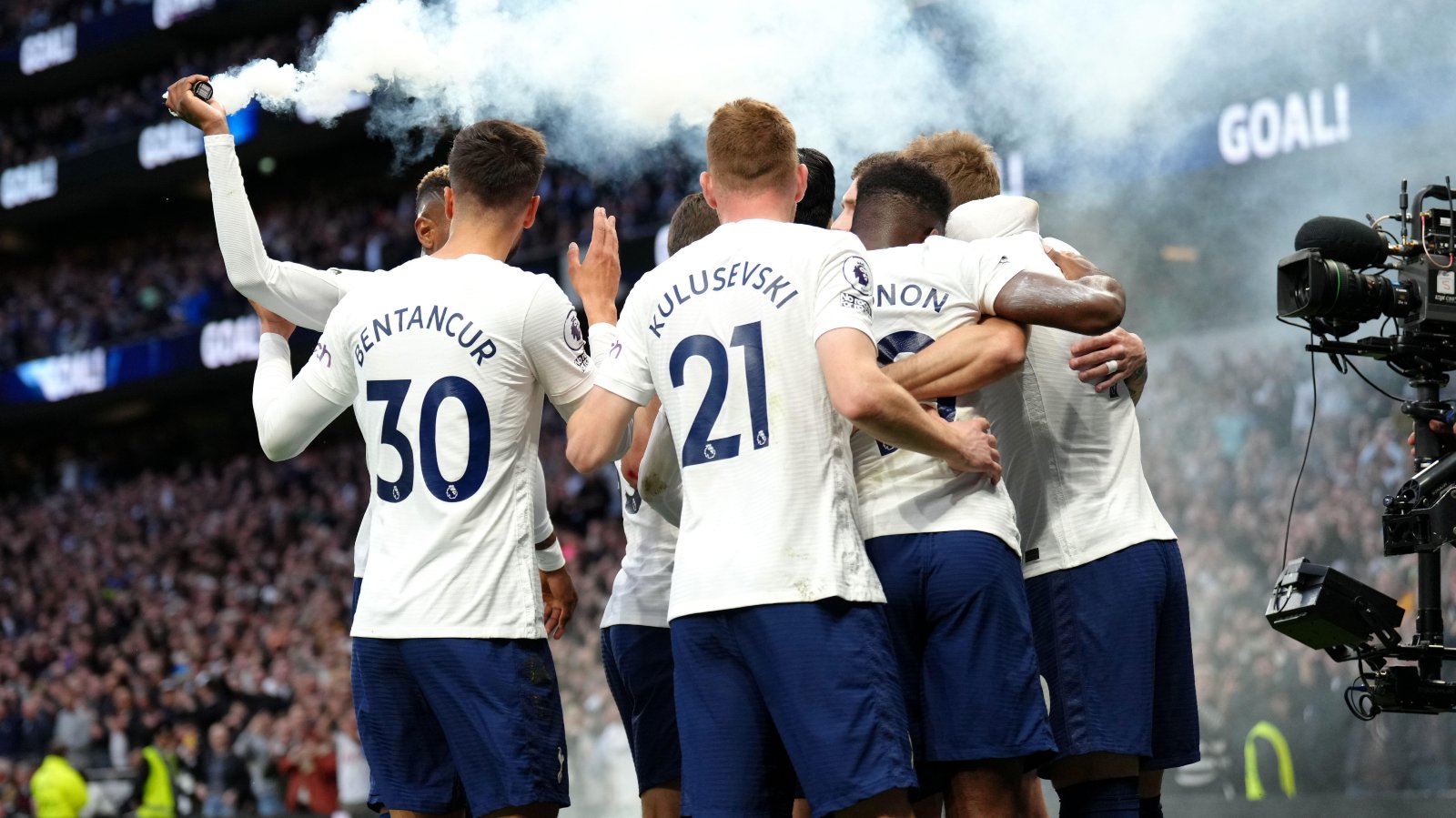 Arsenal planted the seed for their own self-destruction back in January. Tottenham rode an early wave and avenged that perceived injustice.

The dream is still alive. If, as seems to have been decreed by fate, Arsenal lose 1-0 to Newcastle and 8-7 at home to Everton through a variety of Gunnersaurus own goals and Jordan Pickford scoring from a save which rebounds off the post and over a prematurely celebrating Aaron Ramsdale’s head, and Tottenham draw 0-0 with Burnley but are beaten 11-0 by Norwich on the final day, the stage would be set for the most parodically self-destructive hour and a half since Tommy Wiseau spent $6million on a 99-minute vanity project.

That would, of course, require the Premier League to overlook Tottenham’s head-to-head advantage over Arsenal this season. Spurs bettered the 3-1 defeat inflicted upon them by the Gunners in September, riding a 10-minute opening wave which subsequently evaporated into farcical obscurity. But the goalposts have been moved in this fixture before.

That simmering anger from the postponement of a fixture originally scheduled for mid-January was channelled to devastatingly brilliant effect by the hosts in north London. Antonio Conte and his players willed this victory into existence. Arsenal had been warned that this was four months in the making.

The Gunners were two points clear of a Tottenham side which had a couple of games in hand back then. Benjamin White was available. Kieran Tierney, too. Cedric Soares was not. Arsenal supporters will have their own theories on which of those is more beneficial.

For Tottenham, Heung-min Son was injured and Dejan Kulusevski and Rodrigo Bentancur had yet to join. Their ‘fury’, ‘anger’ and ‘surprise’ at the situation was well-documented at the time and has been since. That was unleashed after an opening salvo which indicated anything other than a comfortable home win.

Arsenal started well. Their press was excellent and Tottenham struggled to pass out from the back. Kulusevski and Gabriel threatened to throw hands but thought better of it. Son and Rob Holding had no such reservations. Their battle commenced when the latter dug a knee into the former’s back, before they indulged in an amateur wrestling match barely a minute later.

Holding felt he had the advantage at that point. He walked away from the second incident with a wry smile on his face, Son struggling to contain his frustration and having vaguely swung a lazy elbow towards the centre-half as they scuffled on the floor.

That hubris did not last. Arsenal sought to reduce this to a series of one-versus-ones: Ben Davies on Bukayo Saka, Emerson Royal v Gabriel Martinelli and Cedric against Cedric was a riveting undercard to Holding and Son’s main event. But they seemingly forgot to play the match itself. All Tottenham had to do was keep their composure and pick at the many threads in an untidy gameplan.

Son winning that duel so decisively was instructive. It was he who won the penalty as the filling to a crumbling sandwich between Cedric and Holding. It was he who earned Holding a nominatively deterministic yellow card, followed by an inevitable red within seven minutes of each other. It was he who delivered the corner for the second goal. It was he who scored the third.

3+ – Spurs are leading Arsenal by three or more goals in a Premier League match for the first time. Curtains. pic.twitter.com/moB4IoIHlP

Arsenal f**ked this. Mikel Arteta f**ked this. For someone so well-versed in dealing with having a player sent off, the Spaniard did precious little to address his team’s crumbling shape. The post-match complaints about the referee were predictable but Paul Tierney didn’t send Holding out to defend on the front foot against the league’s most in-form forward with inspiration from Mahatma Gandhi and the linesmen did not trim Arsenal’s squad to within an inch of oblivion in January.

This was failure of coaching, precipitated by a monumental managerial gamble. By the end, Arsenal could only watch as Gabriel hobbled off with a hamstring injury that leaves a half-fit White as the only senior option for Monday’s trip to Newcastle. Tottenham, by contrast, rested Son and Kulusevski with 20 minutes remaining, and even found time for Joe Rodon to make a rare appearance.

Arsenal still boast the nominal advantage, but that single-point lead over Tottenham heading into the final two games does not account for momentum. That now rests entirely in the court of Conte and his avenged players. The Room for error has been reduced to fractions and margins. Arsenal might be better off relying on that 11-goal Norwich win rather than themselves.