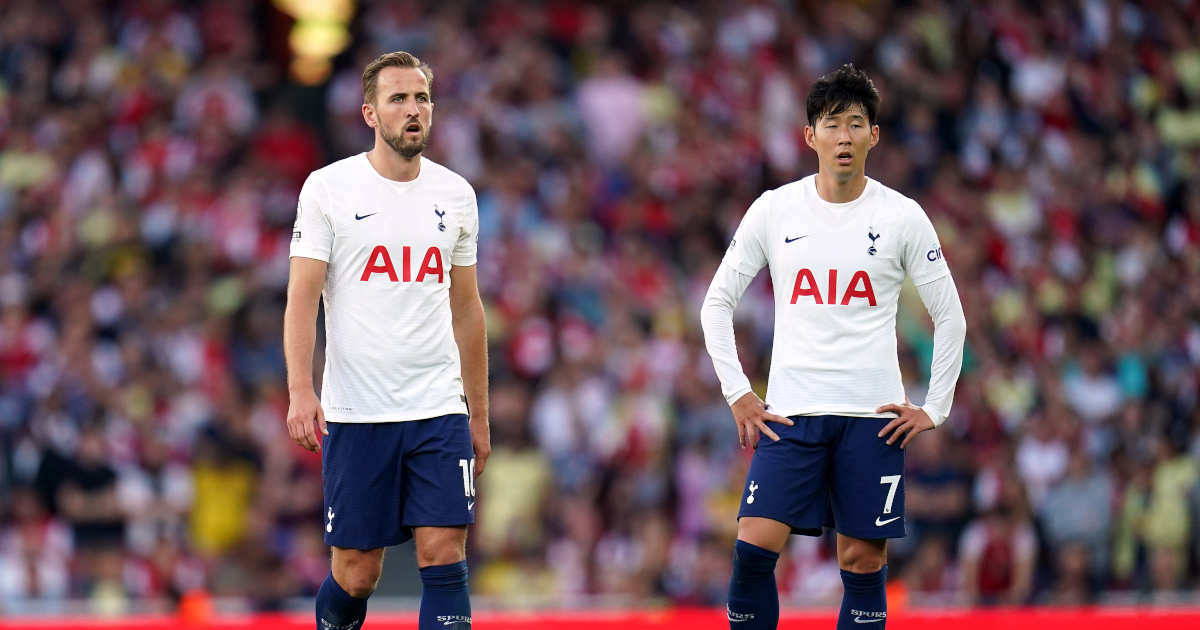 Losing the North London Derby is something that Tottenham fans are well familiar with, but the nature of this defeat was particularly troubling.

The morning after the night before, knives at The Tottenham Hotspur Stadium aren’t so much drawn as flying around in every direction. There had been a sense of foreboding about the first North London Derby of the season in the days before, a feeling that two successive 3-0 defeats was building towards something nasty and that the timing of a trip across the city to play Arsenal probably couldn’t have been much worse.

But this was bad, so much worse than even the most down-hearted of previews had foretold. Indeed, this was so bad that, while the manager should undoubtedly be blamed for an incoherent tactical set-up which the players seemed either unwilling or unprepared to put into action, sifting through the post-match wreckage leads only to the conclusion that the malaise within Tottenham Hotspur now resembles a deep woodstain, so heavily ingrained into the club that to blame one person is ludicrous.

Nuno Espirito Santo is a good man, and to say that he knows nothing about football would be an absurd over-simplification. But this isn’t working, and this much is already evident after just six league matches of the season. We get side-tracked by the minutiae of tactical set-ups and individual player selections because they’re hyper-magnified in the media and because matches can and frequently do turn on one or two bad decisions, but when a defeat is as overwhelming as this loss to Arsenal, the fundamental truth is that the sickness may run considerably deeper than any one person can quickly fix.

But where did it start to turn sour? Was it the 72 days that it took to appoint a replacement for Jose Mourinho, an extraordinary position in itself for one of the ten wealthiest football clubs on the planet to find itself? Was it the decision to sack Mauricio Pochettino less than six months after he took them to their first Champions League final and replace him with a manager whose career arc had become so predictable that hiring him was like watching a 40-year-old horror movie play out in real time? Was it the failure to have the clear-out and refresh that Pochettino already knew Spurs needed in 2018?

The correct answer is that it was probably all of this and plenty more besides. There is not a Spurs fan alive who welcomes the ‘Spursy’ moniker that has become attached to the club in recent years, but there are very few who would dispute the kernel of truth at its heart, either. But football clubs do not, contrary to those who follow the most successful of them would like you to believe, carry ‘DNA’. They’re businesses which are built upon sport, and there are dozens of examples throughout the history of the game of clubs transforming themselves through astute husbandry and forward-looking recruitment.

One of the most frustrating aspects of Spurs’ relative slide back towards obscurity over the last couple of years is that they were touching the level of these heavily-moneyed teams without the need for an ethically questionable owner flinging money at the club. The new stadium was designed as a revenue generator to keep Tottenham Hotspur among this gilded set, to make the fever dreams of Daniel Levy a perpetual reality for the club. They even had the opportunity to learn from the mistakes made by Arsenal following their move from Highbury to The Emirates Stadium in 2006.

But Tottenham have fumbled this golden opportunity at reinvention, and in amongst this maelstrom of incompetence and bad decision-making, one ancient Chinese proverb starts to embed itself into your thoughts: a fish rots from the head down. Ultimately, all businesses are supply chains of decisions, and the one constant through this downturn at Spurs has been the senior management of the club. Managers provide a useful human shield for those who aren’t running a club as well as they might be, but the efficacy of this is finite and when successively bad decisions are made it becomes impossible to see the manager as much more than a symptom rather than a cause of its ills.

It’s clear that there is no quick or easy fix here. Considering the absolute dog’s breakfast that Spurs made of their managerial recruitment process during the summer, what is the likelihood that the exact same people would make a better job of it than they did just three months ago? If it’s the players that are the issue, the transfer window doesn’t reopen until the end of December, and recent form here also indicates that there are few guarantees of wise spending.

And this, perhaps, is the key problem that makes this sort of decline so difficult to arrest. As time passes and things deteriorate, your options become increasingly limited, with the coaches and players that your club desires unlikely to want a transfer to a club which looks as dysfunctional as this from the outside. For example, there are many Spurs fans who might look enviously at the position in which Brighton find themselves at the moment and wish for Graham Potter to step in and save the day, but why would he, when his current club is within touching distance of the top of the Premier League? And if he did, would he – or even could he – be given the time to rip it all out and build it again?

Coaches and players with potential have never been in greater demand, so why would anyone in this fortunate position choose this club over any other? It’s a question that those who run Tottenham Hotspur never even seem to even ask themselves, and still less do they ever seem to do anything to make the club look more attractive to the calibre of coaching staff and player that they want and apparently feel entitled to attract. Fans continue to cling onto the idea that Pochettino will some day return, but even in the event that he doesn’t turn out to be the right fit for PSG’s attempt to build football’s equivalent to the Death Star and could be persuaded back, the return of one person is unlikely to transform things overnight.

Managers, directors of football, coaches and players are ultimately disposable, but those who own the club only move on when it becomes untenable or unprofitable for them to stay, and even in the event that they were to do so, Daniel Levy’s own valuation of the club seems to bear little relation to the reality of Spurs’ current position. The responses seen to Tottenham’s defeat at Arsenal may look knee-jerk, but in truth the club has been building towards this moment for several years.