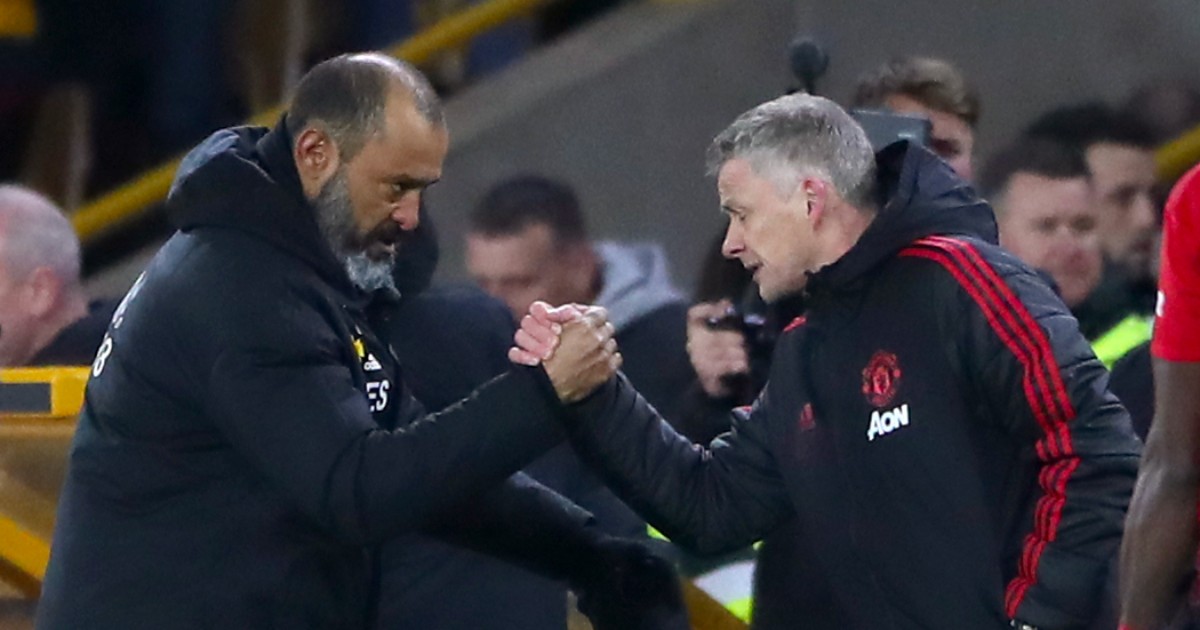 Nuno Espirito Santo and Ole Gunnar Solskjaer are both out of their depth as dying breeds at this level. But Tottenham have the advantage.

We are in the endgame now. The weight has become almost unbearable, the tension inside the dressing room reaching a point from which Ole Gunnar Solskjaer cannot recover. Having read and watched and felt the reaction across the industry this week, the Manchester United players will no doubt be aware it’s a question of when and not if. That alone tells us this cannot go on.

A sense of deflation will hang over every game until a change is made. A subconscious demotivation has set it in. Any focus that existed prior to the 5-0 defeat to Liverpool has been lost.

There is nothing that can be done, nothing about this tenure that can be salvaged, and that is why so many people have been left bemused by the club’s decision to cling to this holding pattern for a little while longer. The lack of a succession plan is the reported reason why, which only heightens the feeling of a club in managerial disarray, run by people who simply do not understand the sport.

Remarkably, things are scarcely better at Tottenham Hotspur, and although Solskjaer and Nuno Espirito Santo are in very different phases – one project ending, the other having barely begun – they are fighting for their jobs for similar reasons. To be blunt, neither is good enough. Neither is capable of coaching to the standard required for a Big Six job in the modern age.

What makes Saturday’s game so alluring for the neutral has nothing to do with the tactical battle, and indeed we ought to be grateful there is so much narrative intrigue ahead of what is likely to be a pretty tedious game that will highlight everything that’s wrong with the two managers’ approaches.

Liverpool’s 5-0 win over Man Utd was a landmark moment in Premier League history and its significance will only grow. Fundamentally it showed the chasm between the elite tacticians coaching their teams in ultra detail and those still stuck in the old, pre-2016 way of thinking, when having vague ideas and a broad structure was not a barrier to success. The Solskjaers of this world are a dying breed at the very top of the game – and it won’t be long until matches like these are a thing of the past.

For now, we will have to make do with the free-form nature, the random patterns, the worryingly aimless attacking dynamics: two teams wafting about the pitch, improvising their game plans and relying on individual moments of quality or, at best, links between a couple of players.

But putting aside how the match will feel when attacks are being constructed, in key moments a structure will emerge – thanks to the greater humility in the Spurs setup. In theory, both teams prefer not to have the ball (both are better at sitting deep and waiting to counter-attack) but whereas Nuno has no problem implementing that system, Solskjaer has inexplicably abandoned it this season.

United have played two of last year’s top five and conceded nine goals, which is a direct consequence of the Norwegian believing it is now his tactical duty to introduce the ‘United Way’ in the biggest games. He speaks of playing adventurous attacking football, of pressing high, yet there is none of the coaching to back it up. By contrast, Spurs have already shown in a 1-0 victory over Manchester City that they are happy in a hunched and patient formation.

This happens to be exactly the right way to blunt United, whose incoherence when in possession leaves the players incapable of working out a game against a deep-lying defence. Pulling apart a defensive shell like Tottenham’s takes a level of tactical expertise far beyond what Solskjaer can provide, and the result is likely to be more ambling and sideways possession from the visitors. Spurs can shuffle across, keep United at arms’ length and wait for these fragile players to crumble.

This tactical pattern is made all the more likely by United’s maddeningly disorganised press, spearheaded by the ineffective Cristiano Ronaldo and implemented in appalling ones and twos across the pitch that create huge gaps. It was the biggest factor in United’s defeats to Leicester City and Liverpool, and on Saturday United will be lunging into challenges and haphazardly charging down their opponents whenever the ball is lost, exacerbating the inherent problem of holding territorial dominance without any of the structural integrity to be so bold.

The most likely outcome, then, is the Harry Kane and Heung-min Son partnership dancing through on the counter-attack much in the way Liverpool cut through United’s right flank. Aaron Wan-Bissaka will be vulnerable, as will both United centre-backs when Lucas Moura joins in breaking forward on the dribble.

It’s a simple approach, but quite frankly that is what Nuno’s Spurs need. Just like Solskjaer, Nuno is rapidly losing support as onlookers are left scratching their heads wondering what plan they are working towards. But in a game between two managers whose tactical preference for individualism and improvisation is woefully out of fashion, anyone with a clear and simple game-plan should win.

United are not without hope, of course, partly because the sheer talent in their forward line is always capable of a moment of magic – and partly because there is the slight chance Solskjaer will find some humility at the last. Desperate times call for desperate measures, so it is plausible he will look to reinstate the defence-first counter-attacking strategy that used to serve him so well in Big Six matches.

Within the first ten minutes we will know if Solskjaer is still clinging to adventurous and expansive football; in an attempt to show he has come out fighting the smart money says he will do just that. It is exactly what Spurs will want, allowing them to play in the one tactical system that suits Nuno. Another damaging blow, maybe a fatal one, awaits the Man Utd manager.