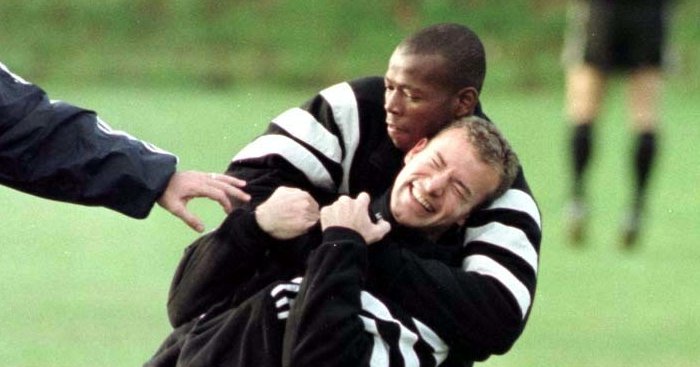 By our count, the three players to appear on this transfer record list more than once are Fernando Torres, Andy Carroll and Rio Ferdinand. Hmm.

Not a single unqualified success among them, which is impressive in a way. Edu has work to do.

Jim, Stew, Daz, Wes and Ollie. Decent stag do line-up there. Poor choice of potential destinations, though. Got to be Bruges unless you’re after some Tyne-Tees-Wear convenience.

The takeover should change this but honestly let’s hope not. A centre-half and a centre-forward sharing the title of Burnley’s most expensive player ever just feels right.

Some reports suggested the Havertz fee did not represent a club record at the time but let’s be clear: Chelsea will be eager to displace Kepa in any possible way they can. So let’s give them a hand. But it’s quite a shame that the current incumbent seems to be going the same troubled way as his four most recent predecessors. The best bit is that those five players were all signed by different managers. What a club.

Only one of these players has irrefutably had an Amazon package delivered to them this past week.

on shift earlier, some fella had “Yakubu” on their parcel. Thought it was a joke. It wasn’t. #theyak pic.twitter.com/x682oavxSy

Not sure Fulham envisaged their record signing making just two League Cup appearances in a season after being omitted from their Premier League squad within two-and-a-half years of him joining. Scandalous, that.

That really is quite the hit rate. Virgil van Dijk has two more Liverpool goals than Andy Carroll, by the way.

Four of those players, including the one that has left Pep Guardiola stunned, started against Brighton on Wednesday. The other has fallen surprisingly far.

Crystal Palace are the only other Premier League club not to break their transfer record at least once from August 2017 onwards. Not that Manchester United will mind if their current holder leads a title challenge.

The first, third, fourth and fifth entrants have scored 43 goals between them in 223 Premier League games for Newcastle. It took Shearer until half an hour into his 85th top-flight appearance for the Magpies to reach that mark.

Not been afraid to spend, have they? Not that it has yielded a measurable return. Their Premier League goal tallies for the Blades in order: 1, 6, 7, 2, 0.

When Tanguy Ndombele completes 90 minutes for Tottenham in a Premier League game, we riot. Nice to see him do a John Stones either way.

Three players no-one would have expected to see on this list; one many – certainly not Mark Noble – may genuinely have forgotten left for big money in the summer; one wonderful striker who is not Mo Salah.

That stinks of Jorge Mendes, save for the brief sojourn to what is absolutely not north Yorkshire.