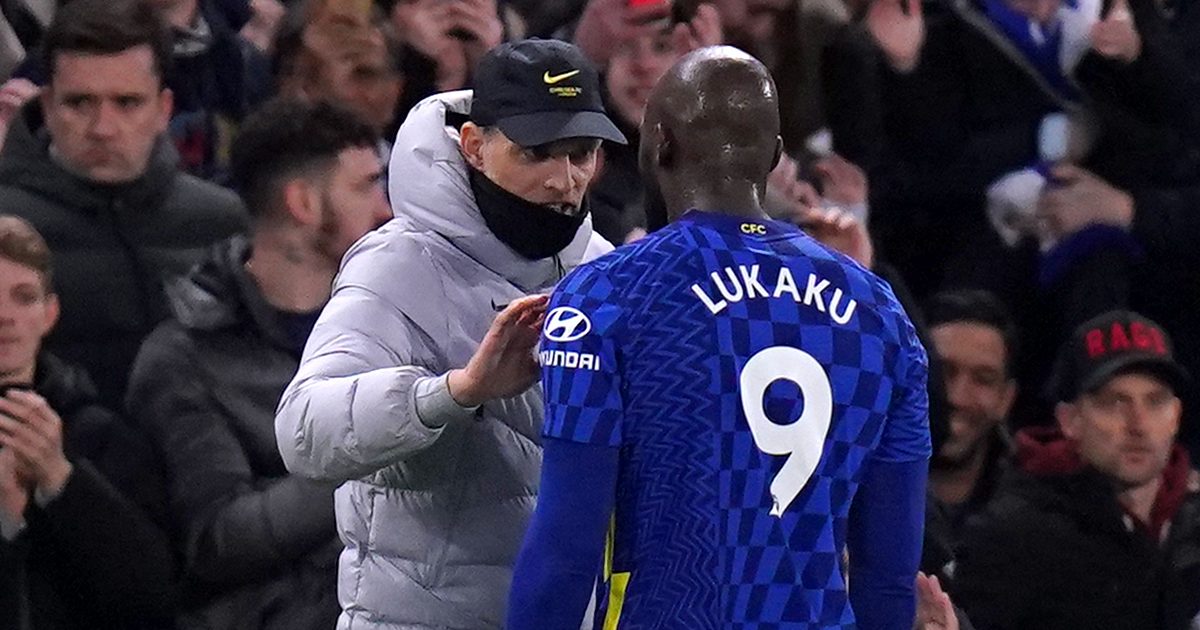 Romelu Lukaku is reverting to his Manchester United self, £400m worth of attacking talent is “hiding” and no amount of frantic arm-waving and shouting is making a difference. Now is the time for Thomas Tuchel to change tack and aid his underperforming forwards, rather than continuing to simply blame them.

In 13 out of 17 seasons under Roman Abramovich’s ownership, Chelsea have either won the Premier League or sacked their manager; one of the outliers saw Jose Mourinho sacked two weeks into the following season. Mourinho survived a second time, living on club legend status, as Frank Lampard did after 2019/20. And the final occasion saw Maurizio Sarri leave of his own accord, with the Chelsea hierarchy opening the door while readying themselves to shove him out.

Chelsea are not going to win the Premier League this season, and managers with just as much, if not more, credit in the bank as Tuchel have been sacked after relatively lean campaigns – Carlo Ancelotti and Antonio Conte are the obvious examples. Tuchel needs to win something, likely more than the League Cup, possibly more than the League Cup and FA Cup. Consecutive Champions League titles would do the trick.

This is far from a crisis, by the way – Chelsea have lost twice in 25 games. The 1-0 defeat to Man City wasn’t hugely different to the Champions League final as they limited Pep Guardiola’s side, who required some Kevin De Bruyne genius, and had three good counter-attacking chances of their own. West Ham’s 3-2 win at the start of December involved a huge slice of misfortune. They drew 2-2 with Liverpool just over two weeks ago in a game they had the better of. They brushed Tottenham aside in two very comfortable legs in the League Cup semi-final. There have been too many draws in the Premier League, but they’ve had as many injury and Covid absentees as anyone, with no postponements. Tuchel is definitely not Lampard.

But he does need to adapt to lead Chelsea to another major title. Having relied on defensive solidity to this point, Tuchel has now come unstuck. He needs more from his enviable selection of talented forwards.

His post-match comments after the Manchester City defeat was his Chelsea tenure in a nutshell.

“I’m happy with the performance, defensive-wise… Our offensive players need to show up more. We need consistency. Chelsea is not a place to hide.”

Chelsea’s back seven has been superb since he arrived. There have been very few poor displays from the first-choice players and back-ups in those positions. Even while forced to play back-ups to the back-ups in a relative glut of goal concessions since they took Juventus apart and Ben Chilwell got injured two months ago, Chelsea have still only conceded a goal a game on average. They should be able to cope with that.

But the forward players have been unable to pick up the slack the defenders have allowed for the first time during Tuchel’s tenure. When Chelsea have needed them, they simply haven’t produced.

There was a moment on Saturday when Hakim Ziyech, a man described as having a wand of a left foot at Ajax, had to play a fairly simple pass for Lukaku behind the City defence; Ziyech smashed it through to Ederson and Tuchel went bonkers on the touchline. It was one example of countless since Tuchel has arrived of supposedly very fine attacking footballers performing their role poorly. Tuchel was and is rightly frustrated at what not just Ziyech, but Kai Havertz, Christian Pulisic, Timo Werner, Romelu Lukaku and Callum Hudson-Odoi have produced in the year he’s been at Stamford Bridge. 36 goals and 32 assists from a combined 195 appearances under Tuchel is very little reward from players with a huge amount of value.

But Tuchel is at risk of becoming an addendum to the definition of insanity. There’s no use in arm-flailing having done the same thing over and over again. He shouldn’t be expecting a different result from the same formation and tactics after all this time. It’s broken, so fix it.

Chelsea face Brighton, Spurs and Crystal Palace in the Premier League (which has already gone), Plymouth Argyle in the FA Cup, and take part in the Club World Cup, before the Champions League restarts against Lille at the end of February. That’s five or six games to try something different.

Lukaku clearly prefers a “different module”, so why not start there? Put Havertz or Werner up top alongside him, where Lautaro Martinez played for Inter Milan. Tuchel has got to at least try to get the best out of his £100million striker. Jorginho or Mateo Kovacic could play as the deepest-lying midfielder, leaving Mason Mount, N’Golo Kante, Ruben Loftus-Cheek or Ziyech to fill the other two midfield roles, depending on quality and style of opponent.

The absence of Ben Chilwell and Reece James probably rules out moving to a back four for now (we’ve all seen Marcos Alonso at left-back) and leaves them with few wing-back options, but Hudson-Odoi and Pulisic have both played in those positions and provide attacking alternatives to Cesar Azpilicueta and Alonso, as does Kenedy, who’s been recalled from his loan at Flamengo.

Chelsea weren’t lucky in the Champions League last season – they clearly deserved to win it – but you could say luck was on their side with the draw, and you could definitely say they were lucky with the quality as a whole in last season’s competition. They would be incredibly fortunate to have such an easy ride this time around.

Tuchel is right – the “offensive players need to show up more” if they are to have any chance. But he can’t just expect players who have performed consistently below their standards for a whole year to be magically better just because he’s getting angrier about it.

The first part of the equation was genius – that back seven is the envy of almost everyone. But that first part was pretty well sorted a month into Tuchel’s Chelsea reign. The second part has been a long time coming.