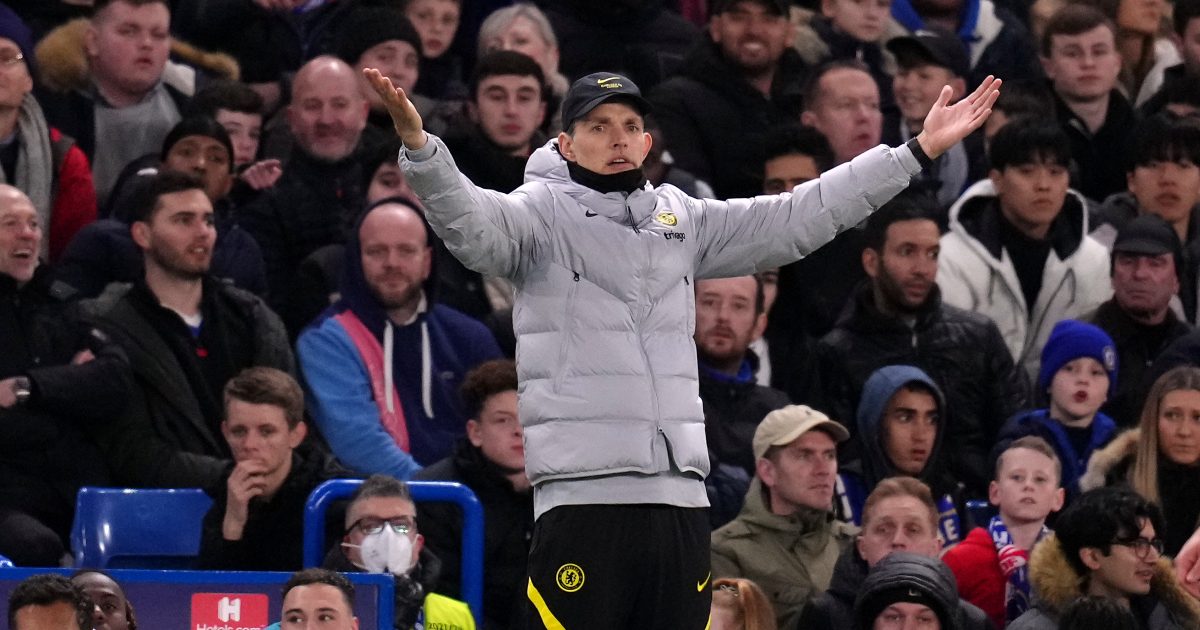 Chelsea look far more comfortable in the Champions League than in the Premier League. Their best performance this season – by some distance – was the 4-0 hammering of Juventus in the group stage. And while they fell well short of that high on Tuesday, there was once again sense of ease that’s been missing in domestic competition.

Not ease of opponents – Lille showed themselves to be a tidy team. It’s perhaps more because Lille are a decent side that Chelsea look at ease.

Chelsea are a possession-based team who aren’t very good in possession. They’re not like Manchester City, causing death by a thousand passes. Opposition teams are safest when Chelsea have had the ball for an extended period – they very rarely score goals requiring the pass counter.

There are two situations in which Chelsea should be feared: from a set piece, and on the counter-attack. Kai Havertz scored from a corner and Christian Pulisic finished a counter in which N’Golo Kante was the only player to touch the ball between the two penalty areas.

Havertz’s early goal could easily have been his hat-trick. Chelsea fans the world over screamed ‘that’s what he should be doing!’ as Havertz dashed to the front post in the fourth minute and the BT producers mysteriously opted for a shot of Romelu Lukaku sat on the bench. Havertz fluffed the finish, but it was a striker’s run and he was clearly on it, cutting inside and forcing a good save from Leo Jardim moments later, before running unchallenged to nod in the opener in the eighth minute. On this performance, there’s no question: Havertz should be starting ahead of Lukaku in the League Cup final.

That clash with Liverpool on Sunday was made more difficult though through what looked like niggling injuries to Mateo Kovacic, Chelsea’s best midfielder this season, and Hakim Ziyech, their in-form forward.

But their inability to continue worked for Chelsea on the night. Despite a ludicrously strong bench featuring Lukaku, Mason Mount, Timo Werner and Jorginho, Tuchel opted to replace Kovacic with Ruben Loftus-Cheek and Ziyech for Saul. Unexpected, presumably widely deplored substitutions. But the extra body in midfield gave Chelsea more control in a game they were ahead in and allowed Christian Pulisic to push up alongside Havertz. Unexpected, widely deplored, but excellent substitutions from Tuchel.

It was a fine finish from Pulisic – a couple of good touches at speed and a tidy dink over the goalkeeper – but it was made by one of many brilliant runs from N’Golo Kante, followed by a perfectly weighted pass.

Kante is perhaps most obviously producing his finest displays in the Champions League, but the same can be said for all of the Chelsea players, save the defenders, who have been brilliant no matter the competition.

It’s the space they have against opposition teams like Lille, who fancy themselves to match Chelsea punch for punch. With the defence Tuchel has at his disposal, who have kept ten clean sheets from 14 games in the Champions League under his watch, they will fancy their chances of keeping anyone out. And teams that come forward offer Chelsea a far better chance of scoring themselves, as they proved last season and again on Tuesday night.

Tuchel and Chelsea are a match made in Champions League heaven and could well return to nirvana this season.