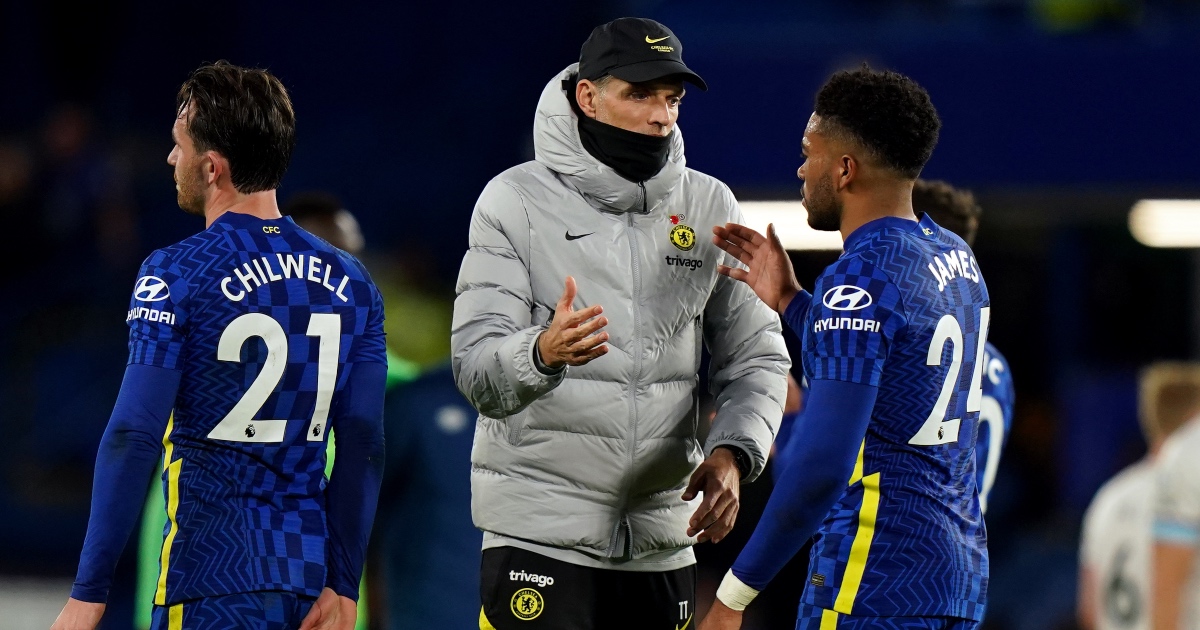 Thomas Tuchel’s Chelsea is not Antonio Conte’s Chelsea. The German and his flying wing-backs are putting the three centre-back fallacy to bed.

It’s possibly the most talked about tactical switch in Premier League history. At 3-0 down to Arsenal in 2016, Antonio Conte flung on Marcos Alonso – recently signed from Fiorentina – to instigate the change that would drive Chelsea to the title.

Alonso and Victor Moses were the wing-backs in a back five. Conte was building from the back, not so much in terms of progressing the ball forward, but in the mentality of the team. Chelsea limited space, ground the opposition down and, in Eden Hazard and Diego Costa, had enough quality in attack to score goals and win games.

Thomas Tuchel implemented what was, and still is by many, deemed to be the same tactical change when he replaced Frank Lampard last season. On the hunt for clean sheets after the chaos of the previous few weeks, Tuchel brought Alonso in from the cold to usher in the return of a back five – or a back three, depending how you look at it.

‘Defenders’ have scored 13 of Chelsea’s 34 goals this season, but not in Tuchel’s eyes.

“I think this statistic will look a bit different if you interpret the wing-backs more as midfielders, because if you play in a back three it is not really a full-back position, more of a midfield position,” Tuchel said.

Midfielders Reece James, Ben Chilwell and Alonso have scored eight between them.

The name ‘wing-backs’ obviously doesn’t help when attempting to alter perception, but the performances, goals contributions, and the personnel used in the roles should be enough to convince those watching that Tuchel, and indeed Gareth Southgate, are playing a 3-4-3 in reality, as well as on paper.

Because that’s another hurdle the critics easily jump over to castigate managers for defensive tactics. On paper, the formation is displayed as a 3-4-3 and yet, even when Southgate names the remarkably creative Trent Alexander-Arnold and attacking livewire Bukayo Saka as his wing-backs, the five-at-the-back doom-mongers are out in force.

Not saying Southgate is a conservative manager, but three centre-backs against San Marino. Wow.

Chilwell moving from full-back doesn’t help Tuchel’s claim that wing-backs should be considered midfielders. But Callum Hudson-Odoi – a winger – played the role when Tuchel first arrived, and any attempt to pigeonhole James as a defender is laughable. He can play centre-back, sure, but he could probably play in behind Romelu Lukaku and be just as effective as Hakim Ziyech, for example.

It’s always seen as a defensive move – three centre-backs rather than two. To view it differently, there are three defenders, rather than four. But then a comparison with Liverpool, for example, would lead to suggestions that Jurgen Klopp’s side have full-backs playing a similar role to Chelsea’s wing-backs, ipso facto, Liverpool are more attacking.

But two of Chelsea’s centre-backs, to the left and right of, for want of a better term, the sweeper, also frequently join attacks. Antonio Rudiger is routinely seen gamboling forward, occasionally resisting the baying of the crowd to shoot, and perhaps the most memorable goal of Chelsea’s season so far was scored by Trevoh Chalobah, striding on to the ball from the right side of the back three to smash into the far corner. They get forward far more than Liverpool’s two centre-backs, so are Chelsea more attacking?

Chelsea have conceded the fewest goals in the Premier League (4) and England conceded the fewest in the World Cup qualifiers (3), but defensive solidity isn’t a consequence of defensive-mindedness, just good defending. England also scored the most goals in qualifying (39) and Chelsea are the second highest scorers in the Premier League (27) [insert pre-emptive response to San Marino, Norwich quibble here].

There are occasions in which the back three is actually a back five. England retreated into that shape for the final of Euro 2020, while James and Alonso were unable to get forward against Manchester City earlier this season. But those are defensive performances from teams that have produced front-foot, attacking football the majority of the time. And although both managers were criticised for being too defensive in those games, they were also uncharacteristically poor performances, defensive or not, from the same groups of players. In Chelsea’s case, it was roughly the same side that had cruised through the Champions League final against City just a few months previously.

That is perhaps the big attraction of playing with wing-backs – they allow a manager to shift from an attacking mindset to a defensive one without changing the formation, or even the personnel. That can again lead people to believe managers like Tuchel are erring on the side of caution, using a system that provides an easy retreat.

It does reduce the in-game risk somewhat. But having two formations – one with two centre-backs, the other with three – doesn’t necessarily result in a more effective contrast between attack and defence (see Manchester United under Ole Gunnar Solskjaer), it just means more work on the training field honing two systems, rather than two iterations of the same one.

Tuchel isn’t as gung-ho as Klopp, nor does he obsess over attacking patterns of play like Pep Guardiola, and while he may be criticised for slipping into a Conte-like system against those teams, don’t get it twisted: the rest of the time, Chelsea will be playing 3-4-f***ing-3.