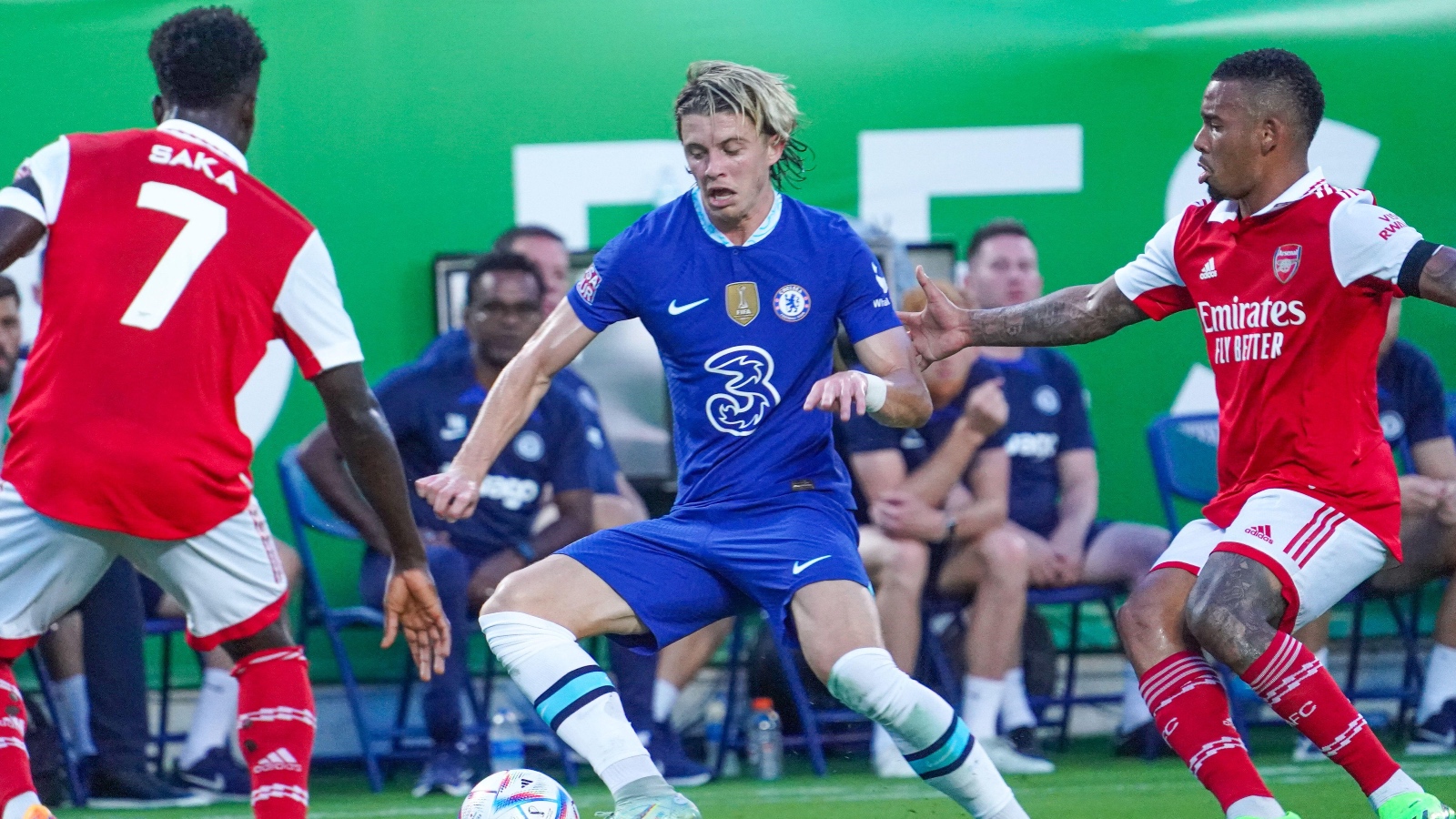 Conor Gallagher and Armando Broja have returned to Chelsea with Thomas Tuchel stuck in 3-4-2-1. We blame Thiago Silva.

A consistent issue for Chelsea under Tuchel has been the lack of a Plan B. The 3-4-2-1 formation the German boss implemented when he took over from Frank Lampard in January 2021 was borne out of necessity and has barely been tweaked since.

The problem – in so far as you can describe one of the best defenders in the Premier League as a problem – is Thiago Silva. We’re told that Tuchel has played with three centre-backs to accommodate the Brazilian. Silva runs the show from the middle while the two either side act as a crutch to keep the 37-year-old from collapsing to his knees.

Antonio Rudiger, always to his left, has left. Andreas Christensen, sometimes to his right, has also left. Kalidou Koulibaly has come in and as Tuchel explained, they’re on the lookout for a left-footed replacement for Rudiger, preserving the option of playing Silva in the middle.

Presuming they do sign another quality centre-back, they would have a formidable back three and Tuchel’s desire to have that formation as an option is understandable. Firstly, so that he can play Silva, who will be the best ‘footballing’ defender at the club no matter who they sign. And secondly because it’s worked pretty damn well both in the Champions League and against the better sides domestically.

But an all too frequent occurrence for Chelsea has been their inability to break lesser teams down, leading Tuchel to consider alternative formations to provide a horses for courses option.

Against Manchester City or Liverpool, for example, we can expect to see Silva conducting the Chelsea back three, two holding midfielders in front of them, with Mason Mount, Kai Havertz and Raheem Sterling breaking or being fed by the two wing-backs when they’re able to get forward. In those high-profile games there’s no need to change a tried and tested method.

But faced with an opposition side intent on surviving above all else, or indeed when they need to change gears against better sides, three centre-backs has been overkill. Multiple reports suggest one of Tuchel’s goals in pre=season was to ready Chelsea to play with a back four, either in a 4-4-2 or a 4-2-3-1 formation.

Those systems would improve opportunities for returning loanees Gallagher and Broja, which would otherwise be thin on the ground without a change of tack.

Gallagher was one of the breakout stars in the Premier League last term, forcing his way into the England squad as he contributed eight goals and three assists for Crystal Palace. Manager Patrick Vieira used him predominantly as the furthest forward of three midfielders, giving him a box-to-box license not granted to anyone at Chelsea in the last 18 months.

He’s been used as one of the two No.6s by Tuchel in pre=season but doesn’t have the defensive capability of Mateo Kovacic, Jorginho or N’Golo Kante, his competition for those places. It leaves one option: playing him in either of the two forward positions behind Havertz, where he’s unlikely to usurp Mount or Sterling.

A 4-2-3-1 would open up another spot ahead of the defensive midfielders for Gallagher, while also reducing the workload on the one up top, which could be Broja.

The Albania international scored nine goals on loan at Southampton last season and was heavily linked with a move to West Ham this summer, among others, before Tuchel said “I don’t expect him to leave”. Without him, assuming Michy Batshuayi leaves again, Chelsea would not have a ‘proper No.9’.

That perhaps wouldn’t be seen as a disaster, particularly given Romelu Lukaku’s struggles last season and Tuchel’s desire for his forwards to be mobile and interchangeable. But having Broja as an option would be useful, and potentially much more useful in a formation suited to a player with his attributes.

Broja typically played as one of two strikers at Southampton, or with a second forward at least playing in close proximity. Four at the back would allow Tuchel to play Broja furthest forward with one of Mount, Havertz, Christian Pulisic, or, God forbid, Timo Werner, to play off him.

The 20-year-old had 17.2 pressures per game to Lukaku’s 10.7 in the Premier League last term; he’s an improvement in the energy and mobility stakes in any case. But even so, it’s hard to see much opportunity for him with just three forward spots available in the 3-4-2-1.

The problem for both Broja and Gallagher is that according to Tuchel – whether his ‘worrying’ narrative is designed to cover his own back or not – Chelsea aren’t ready for the new season. Not in terms of additions to the squad, or the systems he deems workable.

“It is not only about bringing players in for numbers; we need numbers, we also need quality so we will make some decisions late, not only about players but also about systems,” Tuchel said.

Faced with uncertainty, the tendency will be to play safe and reports suggest Tuchel will indeed stick with a back three to start the season.

Gallagher and Broja will then be wondering if and when he will attempt the switch to a back four, which will depend on who’s brought in, the time available between games to develop the players’ understanding of the new system, and their reliance on Silva. The Brazilian may, once again, prove too critical to be left out.