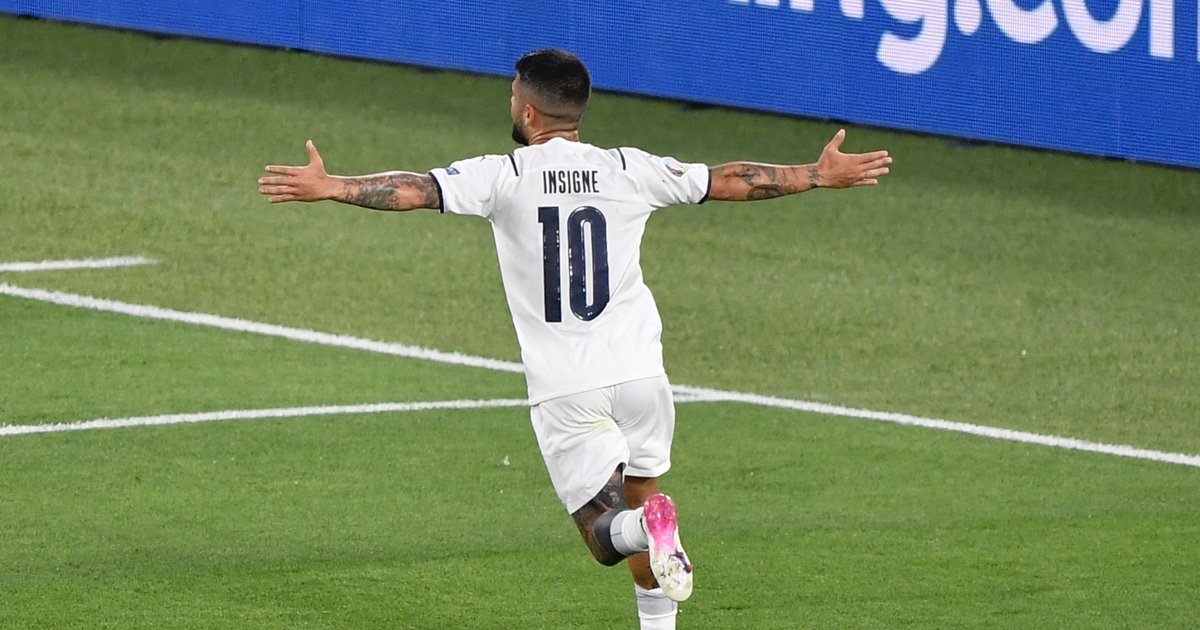 It took ‘The End’ of Italian football to create it, but boy, was it worth it.

Giorgio Chiellini took the ball on his chest under pressure from Burak Yilmaz midway through the first half, volleyed it simply to Alessandro Florenzi and turned his back to the play – job done. It was Chiellini quality with a touch of his inimitable shithousery, illustrated far more plainly on other occasions in this game. But it was the dismissiveness which was notable; it summed up his side’s superiority over their opponents. Italy were brilliant; Turkey were knackered within about 20 minutes.

You probably know the stats which prophesied a 0-0 draw: Turkey didn’t concede a goal in open play in qualifying; Italy had gone over 13 hours without conceding. But even with the game goalless at half-time, it was never dull and Italy weren’t knocking but battering.

“Our aim is to entertain people,” Roberto Mancini said ahead of the tournament, eager for the world to see his Italy, a side born from a moment La Gazzetta dello Sport simply described as “La Fine”.

The World Cup 2018 play-off defeat to Sweden was The End, but also the beginning.

This is far from the batten down the hatches, counter-attacking style. They call it CARP. Costruzione (build up), Ampiezza (width), Rifinitura (approach play between the lines and in the final third) and Profondita (space in behind).

Chiellini, Leonardo Bonucci and Jorginho were chief Costruzione-rs, with the Chelsea man particularly brilliant in controlling a very fast tempo. The full-backs were essentially wingers given their dominance and Leonardo Spinazzola playing on the ‘wrong side’ as an inverted full-back was a massive threat throughout.

Domenico Berardi and Lorenzo Insigne were a menace between the lines and in behind, with the former providing the cross for the own goal opener and the latter beautifully curling in a hoodoo ending third. It was the first time Italy have scored more than two goals at the European Championships, in their 39th game. And Ciro Immobile had broken his major tournament duck just before, slotting home from a rebound after yet another flowing move.

It was a near-perfect performance, from a team superbly drilled by their manager. It’s very rare for an international team to be so in sync – they looked like a Serie A side rather than one with scant time on the training pitch to work together. It was hugely impressive.

Mancini’s own international career was stunted. He played just four major tournament games, a fact he has described as “absurd”, while admitting “a good part of it is my own fault”.

Coaching Italy is his antidote to the poison of missed opportunity. “I’ve been given a second chance,” he said. And the man who dodged his jubilant teammates having scored the opening goal of Euro 88 to run to the press box and gesticulate towards those who believed he wasn’t worthy of his place in the team, has built his own to open Euro 2021 with the same passion, but with a style disparate beyond recognition.

Italy were fancied by the well-versed and considered dark horses by some, but that’s nothing new for them in a major tournament. Nor is the brilliance of the defence – Chiellini’s stunning tackle and celebration to keep a clean sheet was a reminder that there’s a sprinkling of the old ways among the new.

But so much is different: the pressing – which continued into stoppage time; the quick interplay; the interchanging of roles; the lack of true positions; the one touch passing. This is an energetic, exciting  Italy team. And that was a brilliant way to start a tournament.