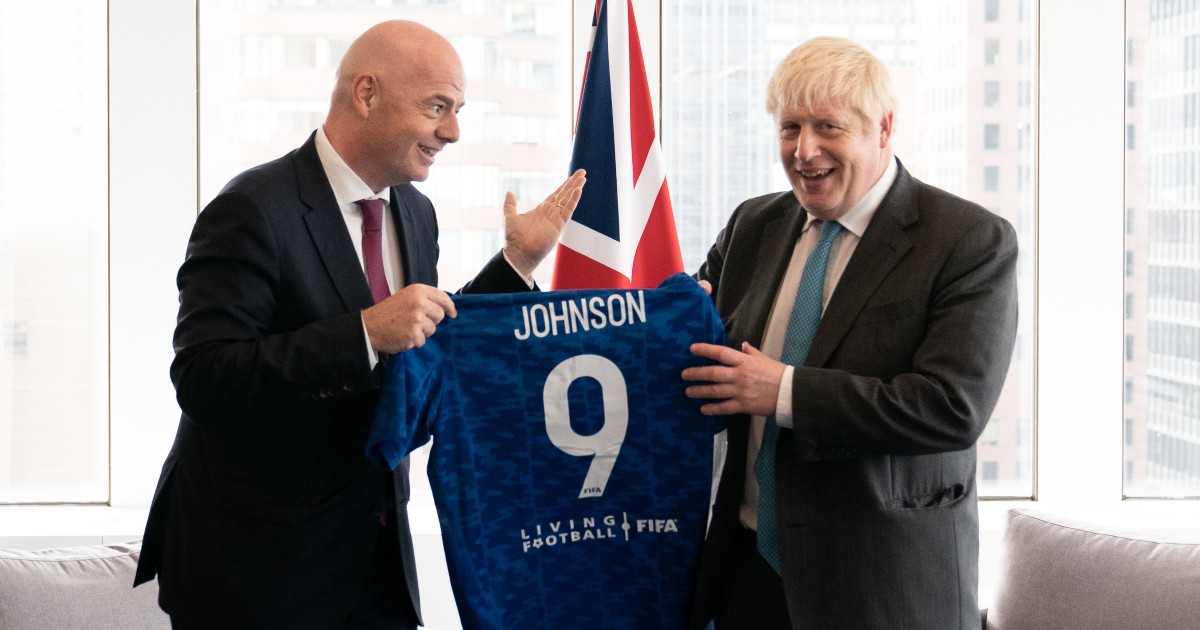 The ambitious UK and Ireland bid to host World Cup 2030 has been wisely abandoned in favour of an altogether more possible shot at Euro 2028.

It has widely been accepted, both internally and across the world, that England and the wider United Kingdom could host an international major tournament with minimal fuss. There would be no stadiums to build, no infrastructure changes and no climate warnings; everything would be ready. Yet despite playing and winning the World Cup on home soil in 1966, possibilities of a repeat in the 56 years since have been almost non-existent, with one obvious exception.

Back in December 2010, David Beckham and Prince William’s glum faces summed up the misery on these shores when it comes to chasing this particular dream. In the wake of winning the 2012 Olympic Games for London in 2005 – a shock result because everybody seemed to think they were destined for Paris – there was a real appetite to close a deal for football’s greatest showpiece event. The bid had plenty of credibility, given royal and sporting approval by Beckham and the Duke of Cambridge. But nobody seriously thought a nice smile, a firm handshake and a sharp suit would be enough to sway the six different confederations within FIFA. Despite that, confidence that they wouldn’t need too much convincing was high, given the history of football in the country, the appetite and, most crucially, the facilities.

But FIFA politics and football, while appearing intertwined, have never truly been that way. Russia, also off the back of having been awarded its own major event with the 2014 Winter Olympics in Sochi, was prepared to do whatever it took and so therefore came out as the winner. It didn’t feel like the victors had been decided on the right merits, with whispers of offers being made in exchange for votes, and so England 2018, as it was named, failed. It was no more. They left Zurich with only kind words and that hollow belief that they could have stepped in and done a great job with minimal fuss. Perhaps they were, and remain, the only nation who could do that despite not hosting for well over half a decade.

Initially, the plan was to come back in 2030. At the time, that felt a world away, and even then it was billed in some quarters as a last-chance saloon. It would be then or never for England to hold its own World Cup again.

This week, even that went up in smoke. This next bid was to involve all of the home nations: Scotland, Wales and Northern Ireland, as well as the Republic of Ireland. In theory that would mean even more great airports and stadiums to add to the portfolio, added football culture to create a unique tournament and a chance for four nations to come together after years of political hardship and difficulty in a front of unity. Also, it is worth mentioning, it would mean something that almost everybody has perhaps given up on seeing in the past: a tournament with all five teams taking part.

But it has been scrapped before it even got off the ground. Now another generation of people are destined never to witness a World Cup in their own country.

That is a conscious decision, with Euro 2028 in sight. All effort will be driven towards that target; after the ill-timed and difficult summer of a Europe-wide competition to celebrate an anniversary, something UEFA president Aleksander Ceferin himself admitted they won’t repeat, it will return to its usual host country format in just over two years’ time in Germany. There are no qualms with that, particularly after the success of the 2006 World Cup, and it would be an ideal time for the UK and Ireland to pick up the baton.

It feels like there is reason for genuine hope, too. The set up of last summer fell flat because of travel issues brought on by the pandemic, but there was also a lack of connection between games. Part of the magic of tournaments is witnessing the different cities and aspects of the hosts’ culture, quickly becoming immersed in that for a month even behind a television. The blend of similarities and differences within the UK and Ireland make it an ideal option.

Given England’s success in reaching the Euro 2020 final, plus Wales and Scotland’s qualification, there could hardly be a better time in terms of the football itself. UEFA’s choice of venues for the tournament meant Gareth Southgate’s side played every match at home except one, while Steve Clarke’s Scotland played their other two group matches at Hampden Park, proving both nations are already on the radar of the authorities. There were critics who suggested England were aided by having their fans at all those matches; perhaps they were, but the fact Wembley was picked as the stadium for both semi-finals and the final speaks volumes of the chances of putting on the entire show in the future.

Fan behaviour before the final against Italy was utterly shameful and overshadowed what should have been the biggest day in English football for more than 50 years. It saw UEFA punish the FA and could have a lasting legacy in denying any future opportunities for hosting tournaments. There is no escaping that it will always be a black mark on the record and an extra obstacle for those creating and fronting the bid.

Yet there were plenty of examples as to why the UK would make an ideal host, too. Euro ’96 was remembered, 25 years after England’s last close call, and the spirit that captured was recreated and amplified due to the presence of Scotland and Wales. Everything is ready and that shone through; 2028 could be the perfect time to bring football back for an entire summer.