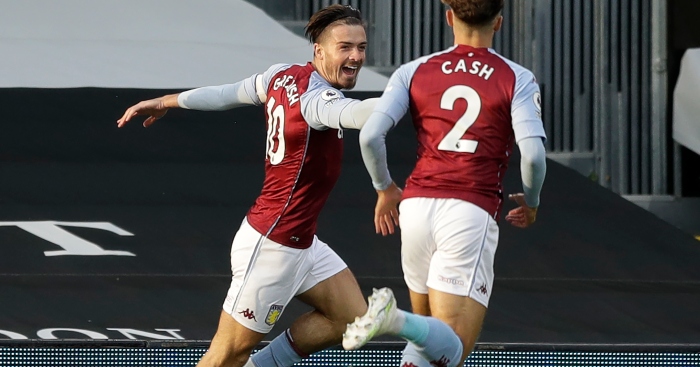 Liverpool supporters are feeling pretty chuffed with their summer’s work; Evertonians are high on life right now; Leeds fans are getting more carried away with each signing Marcelo Bielsa bestows upon them. But Aston Villa could be the biggest winners of the window.

After narrowly escaping relegation, a dog-fight prompted by some ropey recruitment a year ago, the Villans have got their act together and look as well-placed to avoid a similar scrap as any Holte Ender could possibly have hoped just a couple of months ago.

In the time since that narrow escape was celebrated on the London Stadium pitch, much to Roy Keane’s disgust, Villa have added five signings – who all look capable of improving Dean Smith’s first XI – while retaining Jack Grealish, the talisman who almost single-handedly built the platform upon which that survival was achieved.

Villa’s most exciting signings are almost a thank-you gift to Grealish for keeping them up and sticking around at Villa Park amid interest from the big boys. Not that staying is a chore for Grealish – his bond is a special one with the supporters currently deprived of the pleasure of watching him lead his boyhood club. With plenty of interest but little in the way of firm offers from those clubs who can take Grealish’s status to the next level, the recently capped England star is perfectly poised to help Villa take their next steps.

Without help, Grealish nor any other individual would be able to do that. The 24-year-old carried Villa’s attack by contributing more goals and more assists than anyone else – no team-mate could get within six of his 14 goal contributions. This summer, Smith has recruited Ollie Watkins to lighten the goalscoring load and Ross Barkley to carry some of the creative burden.

Watkins and Barkley have arrived at Villa from contrasting directions but they – and Villa’s other signings – have something in common: a drive to prove themselves.

At Brentford, Watkins scored for fun, netting 25 goals to finish just one short of Aleksandar Mitrovic in the race for the Championship Golden Boot. Since playing non-league for Weston-super-Mare, the 24-year-old has risen to every challenge and adapted as he climbed each rung of the league ladder. All the signs suggest Watkins is capable of taking this step too and Smith will be content with half the haul he managed in the Championship.

Watkins should fancy his chances of meeting those objectives with Grealish and Barkley providing his service. Barkley too has a point to make – to Frank Lampard and Gareth Southgate after falling down the pecking order for club and country. Smith believes borrowing Barkley represents “a real coup” and if the former Everton midfielder can achieve some consistent form to go with the consistency of selection he has lacked at Chelsea, then the Villa boss will be proved right.

Bertrand Traore, perhaps the Villa recruit less familiar to English supporters, is also keen to make Chelsea look foolish while supplying the bullets for Watkins. The right-sided attacker from Lyon bagged two goals in 10 Premier League appearances for the Blues in 2015/16 but was then cast aside, initially to Ajax on loan and then to Les Gones. Not only will he provide a threat down the flank, but Traore also offers cover at centre-forward where Smith was woefully lacking.

Smith was fighting fires all over the pitch last season. At the back, Tyrone Mings and Ezri Konsa displayed the kind of fluctuation in form that you might expect from centre-halves unfamiliar with the regular rigours of Premier League football, but towards the end of the season – when it really mattered – Villa tightened up. In their last six matches, four last season and two this term, Smith has seen his side concede only two goals.

Though Villa fans might have felt comfortable with one more experienced centre-back, Smith has instead strengthened behind and to the side of Mings and Konsa. Emiliano Martinez arrived to keep Villa’s goal and in his two games so far, he has kept a couple of clean sheets and saved a penalty, doing little to allay Arsenal fans’ fears that they sold the wrong No.1.

Martinez not only provides Villa with a safe pair of hands but also the option to play from the back with his feet. Villa’s opening games have already showcased Martinez’s quality in possession, and with Matty Cash, like Watkins, signed from the Championship to play on the right of Smith’s defence, the Villans are more tooled up to play creatively in defensive areas too.

Villa simply look far better balanced for a second season in the top flight that looked unlikely earlier in the year. The change at boardroom level is hardly a coincidence.

Villa wasted no time in showing Suso the Villa Park exit once safety was assured and his replacement as sporting director was in the building before the door closed. The club committed to a review of the transfer policy implemented by Suso a year ago when they spent £135million on new recruits, while their January dealings were even more questionable. With Johan Lange now in Suso’s seat, it seems Villa have learned their lessons quickly.

Smith’s squad needed an overhaul last summer and only now does it look somewhere close to being complete. If Villa can avoid the kind of injury catastrophes that blighted their maiden season back in the top flight, they should be thinking more about the top ten than the bottom three.