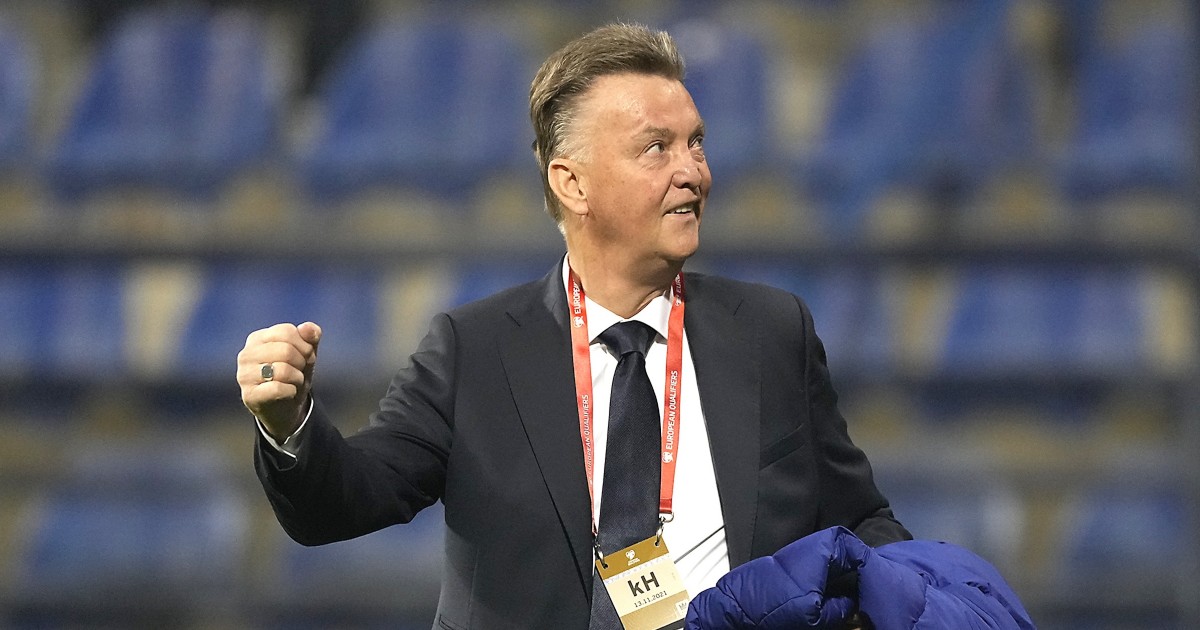 Netherlands have toiled since the 2014 World Cup. Louis van Gaal left after that tournament but is back to guide them out of the wilderness.

Louis van Gaal sat in front of the gathered media at Camp Nou in the summer of 1997 and instantly made his mark. His direct nature was nothing too surprising. It was already his trademark. But given the context, his first statement as Barcelona boss was stunning.

“This is Louis van Gaal’s Barcelona,” he asserted. No messing, no laughs; just a law laid down. He was boss and the past was in the past.

Only it wasn’t. Not quite, anyway. His predecessor, Bobby Robson, sat behind the same table, unmoved. Nothing quite summed up the lunacy of the situation both found themselves in more than that one sentence. Not for the first time, the Catalan giants wanted to have their cake and eat it too. Robson had only been appointed a year earlier and won three trophies in his only season after replacing Johan Cruyff. It was as good a campaign as could be expected in a transitional period; his role was not only to pick up the baton from arguably the club’s greatest legend and the man who implemented the core philosophy they still live by today, but also, after a difficult end to his tenure, take everything in a different direction.

But Van Gaal was the man they really wanted. He’d won the Champions League with Ajax in 1995 and, although hailing from the same footballing school as Cruyff, very much had his own ideas. Robson had signed a two-year contract – something he honoured when his hometown club Newcastle United came calling in January – but after one, when Van Gaal became available, he was sent upstairs to become what he called “the best paid scout in the world”.

It wasn’t that Van Gaal lacked respect for Robson. That could hardly be further from the truth. But it was an example of his extreme confidence and authoritarian nature: he wasn’t going to let anybody interfere. It was the same story at Bayern Munich 15 or so years later, with so many former club icons on the boardroom, then Manchester United, where Sir Alex Ferguson’s shadow has loomed large over Old Trafford since his retirement eight years ago.

Van Gaal shows Uli Hoeneß what he thinks of his handshake with a look pic.twitter.com/wGVU9uoeNS

Last year, the 70-year-old, who himself stepped away from football after being sacked by the Red Devils in 2016, took over the Netherlands national team for the third time. When he’d left them after the 2014 World Cup in Brazil to head for the Premier League, they had just finished third. Perhaps they’d overachieved, but his tactical ideas and unique approach to man management had got every ounce of quality and work-rate out of an ageing squad in their collective last hurrah. They haven’t been back on that stage since, sinking into the sort of decline that can become familiar for big nations when a cycle ends. Good players departed the scene, less talented alternatives stepped up and they searched for the right man to lead them.

Euro 2016 was a no-show, too. Guus Hiddink and Dick Advocaat each tried again, but couldn’t find a way to give the soul back to a country famous for the most iconic footballing style ever seen. Ronald Koeman offered some hope, latching onto the talent pool that was finally emerging, helped in no small part by Ajax’s run to the 2017 Europa League final and the Champions League semi-finals two years later. Frenkie de Jong and Matthijs de Ligt became linchpins and it was Koeman who did the leg work in reaching Euro 2020, before leaving for Barcelona.

Frank de Boer was extremely lucky to get the job after poor spells at Internazionale, Crystal Palace and Atlanta United decimated his once burgeoning coaching reputation, and that perhaps embodied the desperation felt above. He never helped the squad fulfil its potential, despite putting them in a good position to reach Qatar next year before he was sacked in June following a last-16 exit at the Euros.

And so, this week, Van Gaal, wheelchair-bound after an unfortunate biking accident, sealed their fate this week. His team in the clinching victory over Norway was balanced in age: Virgil van Dijk, Gini Wijnaldum and Memphis Depay are at their peaks, with the former pair in their 30s, but Ryan Gravenberch, the 19-year-old Ajax midfielder, Tyrell Malacia, one of a number of talented young full-backs coming through alongside Jurrien Timber and Owen Wijndal, and Teum Koopmeiners, the Feyenoord midfielder, were among those from the next generation on the bench.

Perhaps his time at Manchester United suggested he was yesterday’s man. That was certainly how he was perceived. But self-belief has never been in short supply with Van Gaal. Tactically he has developed over time and despite being of retirement age, his blend of charm and direct ruthlessness has resonated with different generations over a long period at the very top. His tactical style is as clear as day and suits the tools he has at his disposal.

Most of all, though, since his departure, the Dutch side has lacked ownership and responsibility. It has been the darkest era in their history, but stamping his mark is what Van Gaal does. He is something of a paradox: blunt and charming at the same time, but possessing the sort of arrogance that may finally turn things around.