Home Aston Villa Villa, Norwich and the illogical world of replacing a manager 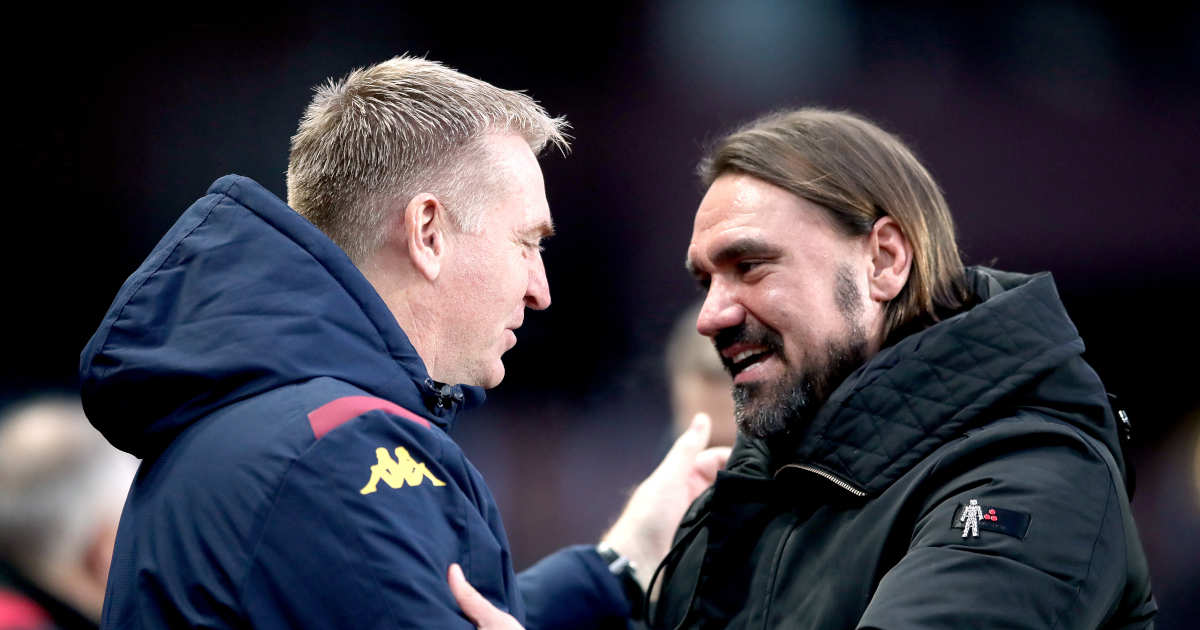 It must have been a strange and confusing few days for Dean Smith. His role at Aston Villa was often presented as being more than just a ‘mere’ manager. Villa was the team that he’d grown up supporting. He shares the accent of most of the club’s vast support. He was their man, and in a world in which the default position in football is that of mercenary, that deep connection struck a chord with a lot of people.

But then the reality of the modern world stepped in. Smith was sacked by Aston Villa after five straight Premier League defeats, and within a week he was appointed at Norwich City to replace Daniel Farke. The hometown good news story became just another managerial appointment, and it’s worth taking a closer look at how managerial appointments are made, because they often seem to lack the structured logic of clubs targeting players in the transfer market.

What we can say with reasonable certainty is that there was no long-term plan for Dean Smith to replace Daniel Farke at Carrow Road. We can say this because Norwich sacked Farke 36 hours before Villa offloaded Smith, and because the new appointment took a week, during which Norwich were known to be talking to other managers. Why would they even speak to, say, Frank Lampard, if a plan to give Smith the job was already well advanced?

The most rational answer to that question is that Norwich didn’t actually have a plan, but that is not a criticism of this club in particular. Norwich have acted no more rashly than most other clubs in such a situation. Aston Villa, the club who’d given Smith his cards just a few days earlier, did more or less the same thing in hiring Steven Gerrard. Gerrard’s only managerial experience so far has come in Scotland with Rangers; how could Villa possibly know whether this would be a good appointment for their club? The short answer is that they probably can’t.

Even in the hair-trigger world of modern football, there are exceptions which contradict the current managerial zeitgeist for hoiking them out after a couple of bad results. Ralph Hasenhüttl led his Southampton team to two 9-0 defeats, at home against Leicester City and away at Manchester United at the end of October 2019 and the start of February 2021, but managed to keep his job, and the comments of the club’s chairman at the time of his appointment couldn’t have been much clearer. But in a culture in which this weird sort of duplicity is so commonplace that the phrase ‘vote of confidence’ now usually comes with the word ‘dreaded’ affixed, owners keeping faith with managers through thick and thin are becoming increasingly rare.

Booing an underperforming team at ten to five on a Saturday afternoon is a decades-old tradition, but social media has ensured the booing absolutely does not stop when the players are back in the changing room. The barracking will continue on Facebook, Twitter and Instagram, on fan forums and message boards. We can now consume as many opinions as we have time to read and most of them only add to the mist of uncertainty that forms so quickly around any manager as soon as something starts going wrong.

What is surprising is that clubs seem to act first and think afterwards when it comes to managerial replacements. It is fairly commonplace for clubs to plan ahead when it comes to bringing in new players, and many will be watched and analysed through more than one transfer window, but the managerial recruitment process often seems to start with the directors firing the manager and then sitting down with a blank sheet of paper and little idea of who they want next.

Daniel Farke had been the manager of Norwich City for three years and had already been relegated from the Premier League with the club. How did they find themselves in a position in which they were taking on a manager who’d only been out of his previous job for a few days and who almost certainly would not have been on their radar a month ago?

The irony of this conjecture is that either Dean Smith at Norwich City or Steven Gerrard at Aston Villa could work. Smith was part of the revolution that took Brentford from the lower divisions to the Premier League in less than a decade, and then got Aston Villa into the Premier League and kept them there, overseeing an expensive overhaul of the team. There’s nothing nonsensical in his appointment, just as there isn’t in the decision of Aston Villa to hire Steven Gerrard. He took a while to get there, but Gerrard did deliver Rangers their first league title in a decade and leaves them four points clear at the top of the SPFL.

The reason behind much of this might even be that football clubs seem enraptured by the idea of completely wiping the slate clean when they replace a manager. There remains a tendency for clubs to go for something, anything different when they come to replace a manager, and such a policy might even make it impossible to plan ahead with managerial successions. When the guy in charge has to go, you just have chance your arm that there will be someone out there that might tick enough boxes. In the cases of Dean Smith and Steven Gerrard, it’s possible to see how they are the logical endpoint of where Norwich City and Aston Villa found themselves. If they seem illogical, it’s because the whole process of sacking and replacing football managers so often is.