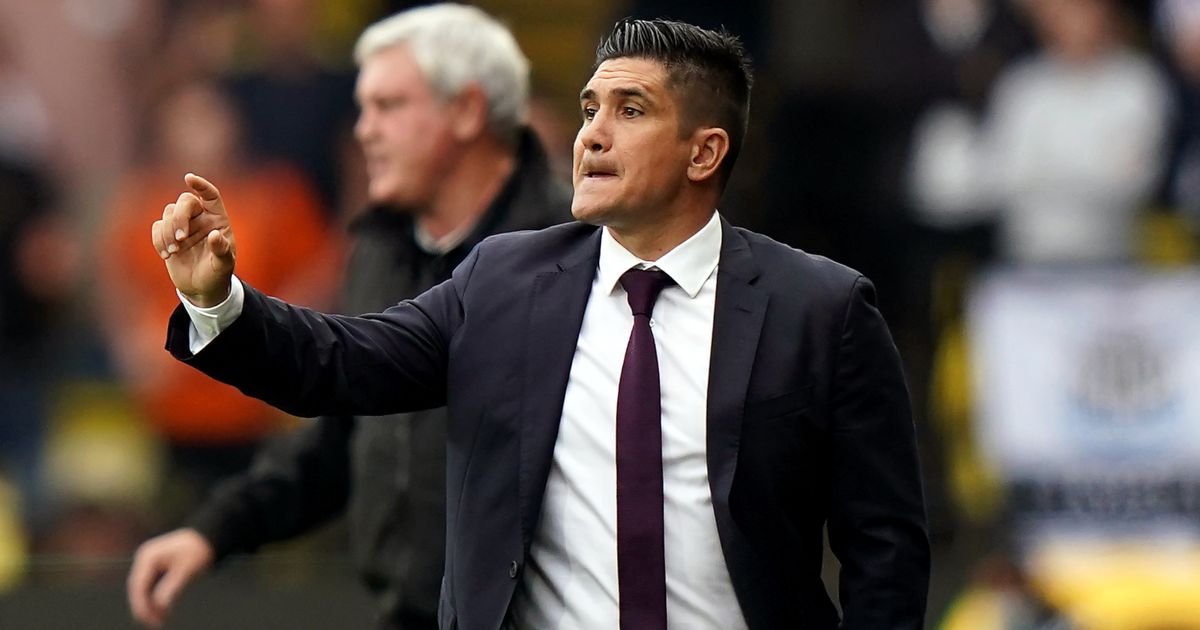 Yes, it’s that day again. It’s Watford managerial sacking day, and it’s a day that brings fans, pundits, journalists and writers alike together in delightful glee at the banter club that is the Hornets.

Xisco Munoz is the latest in a very long line of Watford managers to have fallen by the Vicarage Road wayside, and that makes for great fodder for the banter accounts to get their retweets and likes on social media, but to berate the Pozzos without digging deeper should be beyond those who need to know better.

Watford spent half a decade in the Premier League, their longest consecutive run in the top flight since the glory days of the mid 1980s, on a run of chopping and changing managers. It is easy to throw the 2019/20 relegation in as evidence of that tactic being a failure, but it is just as easy to conclude that their last stint in the top flight would not have lasted quite so long with more consistency in the dugout.

In dismissing Xisco Munoz, Watford have given themselves the best chance of ensuring this return to the promised land is not the briefest of sojourns. Whether the ability to hire and fire managers and come out on top is by design is difficult to answer, but one of the most successful clubs in the 21st century, Chelsea, have succeeded by knowing exactly when to change managers.

There will be missteps – that is simply the law of averages – and Walter Mazzarri, Quique Sanchez Flores the second time around, and Vladimir Ivic are living proof of that, but Watford have spent six of the last seven seasons in the top flight. For a club of their stature, that is a success.

But with the recently and dearly departure Spaniard in charge, that number was looking ever more like becoming six in eight. Many will deride the Hornets for making this decision while Watford sit 14th in the table with seven points from as many games, but the league table is not to be taken at face value at this stage of the season.

Save for an excellent opening 45 minutes against an unprepared Aston Villa side on the first day of the campaign and defeating a Norwich side whose only point thus far was a stalemate against winless Burnley, Watford have been poor. The tactics have been poor. The performances have been poor. And despite throwing himself into Watford and being generally one of the nicest men to grace the Premier League touchline in recent years, Xisco Munoz was poor.

He was trying his best, but his best was not good enough. He gave everything in his 10 months at the club, and his best was good enough to a point. After the relatively lacklustre start made by predecessor Ivic in earning Watford fifth place in the second tier upon his dismissal in December 2020, Xisco Munoz was brought in to guarantee promotion, and he did that.

For any club, that is the mark of success. For Watford, it was the perfect affair. They do not marry themselves to long-term relationships and everybody knows that going in. The biggest shock was that after half a season of winning football with a number of weaknesses on show which would clearly be exposed in the Premier League, the ruthless Pozzo family were willing to allow the former Dinamo Tbilisi manager to take charge in the top flight at all.

Beyond the opening day and the Norwich win, and at times even during those two contests, Watford have been lacking in nous and knowhow to survive at this level. Playing far too open at the back, opting for the experience of Craig Cathcart over the better centre-back option of Francisco Sierralta, and an inability to get the best out of a genuinely exciting front line including Emmanuel Dennis, Josh King and Ismaila Sarr are just a few examples of how good this Watford team could under a better manager.

There are questions to ask of the directors. Chairman and CEO Scott Duxbury spoke in May about the need to improve player recruitment to bring back the club’s identity; perhaps the need for better managerial recruitment is needed too. The lack of cohesion from manager to manager is a disappointment. There appears to be little coordinated thinking in managerial styles from one man to the next. In this scenario, that is a blessing.

Xisco Munoz’s style was patently not working. Fourteenth place and four points above the drop zone would suggest otherwise, but the Hornets were headed in one direction only. To anybody who watches the club regularly, that was patently obvious.

Watford got lucky at home to Newcastle United in Xisco Munoz’s penultimate game in charge, taking a point against a Newcastle United side who themselves only had two more to their name at that stage.

🗣”They’ve had 17 managers in 10 years. Who would want to take that job now?”@MirrorDarren reacts to Watford sacking Xisco Munoz. pic.twitter.com/4ObCwnTP5O

Any Premier League manager, any Championship, League One or League Two manager worth their weight in aluminium, would have recognised changes were needed, but it was déjà vu against Leeds. Another winless team, but unlike Newcastle, Marcelo Bielsa’s side were able to pick up their first three point haul of the season.

Five of the seven sides Watford have faced, each of their last five opponents in fact, were in the bottom half at the time of Xisco Munoz’s dismissal. Only Norwich and Newcastle provided further points to Watford’s total from the opening day. Conversely, five of the next seven fixtures are against teams in the top half. One of the other two is Leicester City.

Persist with Xisco Munoz any longer and fourteenth place would almost certainly have been a long way off. It is next man up, but the next man in can’t do much worse than the 41-year-old was doing and was about to do.

It is just as easy to suggest that Watford never should have hired him in the first place, but he accomplished what was needed in getting the Hornets back to the top flight. He would have gone seven games ago in an ideal world. Just like he was the requisite upgrade on Ivic, the next man in will be similarly so to Xisco Munoz.

That may make great material for cheap laughs, but it is a reality which has largely served Watford well. We all know it is extremely unlikely that whoever the next man is will be the manager come October 2022. But it is just as likely that whoever it is will have served the purpose of giving the Hornets a second season back in the Premier League. That can only be seen as a success, however it comes about.