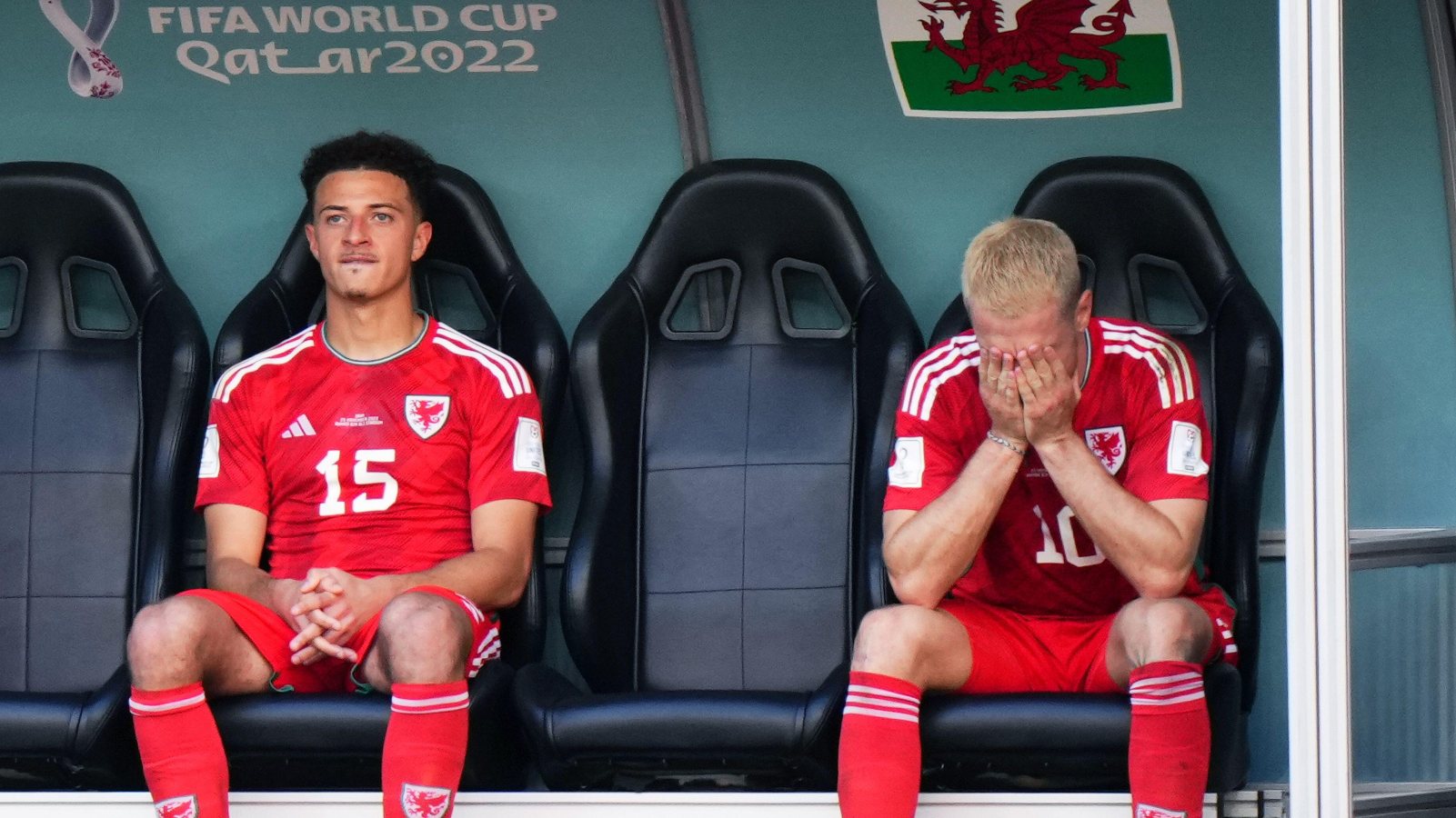 Iran’s performance perhaps puts England’s win in a better light but let’s not patronise Wales – they were so, so poor. No one more so than their fading stars…

Unlucky Wales? Not a bit of it. The Dragons and Iran each got exactly what they deserved in Al Rayyan. The only injustice was that it took 98 minutes to arrive.

Both teams have been late turning up in Qatar. Iran, certainly not THIS Iran, didn’t show for their opener against England on Monday. Or perhaps they did. Maybe the Three Lions are actually brilliant. But the more likely scenario is that Carlos Queiroz’s side wilted in the spotlight, which given all that is going on around them, is perhaps understandable.

Wales have no excuses. It took them 45 minutes to get going against USA on Monday and even then they only reached the bare minimum level required to compete on the biggest stage of all. They failed to achieve even that standard while falling to a hugely damaging defeat.

We shouldn’t fall into the trap of patronising ‘plucky’ Wales. Tactically, technically, individually and collectively, they withered in the baking early afternoon sun in Qatar.

Robert Page made the easiest call of his coaching career to install Kieffer Moore into his starting XI at the expense of Dan James after the Bournemouth centre-forward dragged Wales up the pitch against USA in their opening draw. Moore was unable to have the same impact here because Wales simply couldn’t get the ball near him. On the few occasions they were allowed the opportunity to find the front man, their quality was woefully lacking.

It didn’t help that there was a valley-sized void where Wales’ midfield needed to be. For almost an hour, Ethan Ampadu chased the ball and, more often than not, lost causes but the 22-year-old, on loan at Spezia from Chelsea, was ploughing a lone furrow. Whenever he left his post in front of the back three, no-one covered, leaving Wales’ centre-backs worryingly exposed.

Where was Aaron Ramsey? In his absence, Page picked a p*ss-poor tribute act to the one-time marauding midfielder, who ran on his long-since-expired reputation for 87 minutes. That’s on Page, too. As Iran seized more control the longer the game went, it was cringingly clear that Ampadu needed help. Instead, he got a rest, with Joe Allen sent on to do Ramsey’s running, rather than assert some control in the midfield.

Were it not for Wayne Hennessey going full Harald Schumacher with three minutes of normal time remaining, Ramsey, inexplicably, would have seen out the game. But 87 of the 112 minutes was enough to give away possession 21 times and lose all but one of his eight duels. While Iran played around him, the ex-Arsenal star managed neither a tackle nor an interception.

Ramsey was awful and Gareth Bale little better. But you don’t hook Bale. At least, Wales don’t hook Bale. This is a side built largely on the aura of their captain and the prospect that, however bad it gets, Bale is always good for a madness. But that seemed little more than a forlorn hope here, even after Iran hit both posts and wasted an almost-open goal in nine second-half seconds.

The skipper could be good for another one of his moments against England next Tuesday and that might be enough to see them squeeze through. But Wales can’t bank on another Bale out. No doubt they will face England with maximum commitment and spirits replenished, but Page has some major changes to make, perhaps uncomfortable ones, if they are to avoid being back in Cardiff come Wednesday.