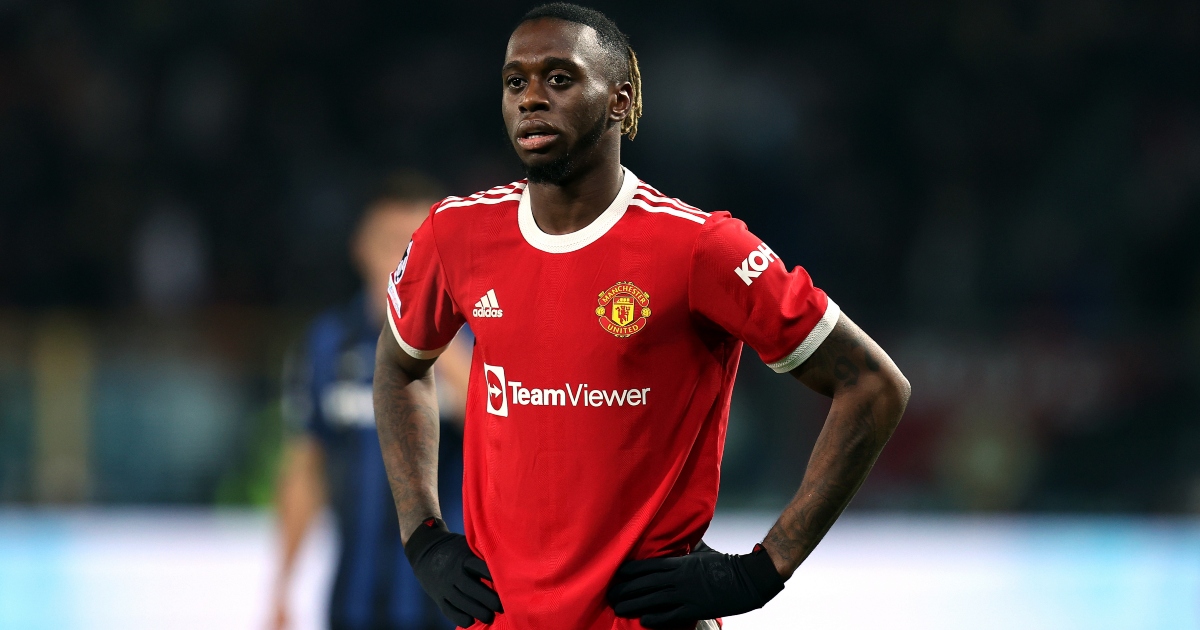 Who decided the former Crystal Palace right-back was the best of the 804 right-backs the Red Devils supposedly looked at? Eight-hundred and four? Really? What did they see in Wan-Bissaka – that no one else did – to pay the most expensive fee in history for a player with fewer than 50 senior appearances? And more pertinently now, two and a half years after United forked out £50million for the uncapped defender, does Wan-Bissaka have a future at Old Trafford?

With Ole Gunnar Solskjaer gone and Ralf Rangnick getting his feet under the table, the answer to that final question looks increasingly unlikely to be a positive one for Wan-Bissaka.

The 24-year-old was handed a reprieve in the summer when United baulked at paying a reasonable fee for Kieran Trippier and instead opted to muddle on and make do with a right-back who, after a couple of seasons as a Red Devil, appears wholly unsuited to his role.

Perhaps it simply wasn’t possible to do the proper due diligence on Wan-Bissaka when there were 803 other candidates to analyse for the right-back job. Assumptions must have been made. In 42 appearances for Roy Hodgson’s Crystal Palace, he hardly had an expansive body of work to demonstrate his attacking prowess, but since Wan-Bissaka was a winger-turned-defender, presumably the expectation was that he would know his way to the final third.

Evidently not. In two years as United’s undisputed first-choice right-back, Wan-Bissaka still needs a map and a compass when crossing the halfway line. It has become uncomfortable to watch. Perhaps if he was a proficient winger, there would have been little need for Palace to convert him.

Wan-Bissaka has his qualities, of that there is no question. If humanity ever needs a sliding tackle or block to save the world, then Wan-Bissaka’s our man. When it comes to one-versus-one defending, the Croydon-born star caught on quick since his conversion to a full-back was first mooted by Kevin Keen when it was noted that he wasn’t scoring or assisting enough as an Under-20 winger.

Switching so late makes it inevitable that there are still aspects of his defending, particularly as part of a unit, that remain askew. Wan-Bissaka too often drifts off when defending crosses from the opposite flank, and he hasn’t nailed down yet exactly when to press or hold his ground in a whatever shape United’s defence is taking on any particular day.

Perhaps that is something Rangnick can help with. Solskjaer and his coaching crew did not seem to spend much time actually coaching but, as we have seen already, the new manager can spot a flaw and take the necessary steps to rectify it.

That, though, is unlikely to be enough to convince Rangnick that Wan-Bissaka should retain his status as United’s unchallenged right-back. In the German’s system, there are very specific demands on full-backs, few of which Wan-Bissaka appears confident of meeting.

While Solskjaer’s demise is bad news for Wan-Bissaka, Diogo Dalot is presumably cock-a-hoop.

The continued exile of Dalot while Wan-Bissaka so clearly struggled was one of the unfathomable themes of Solskjaer’s reign. If Dalot couldn’t get a look in while Wan-Bissaka toiled, how low must the ex-manager have rated the talents of a player once described as the best young right-back in the world by Jose Mourinho?

Dalot is almost the exact opposite of Wan-Bissaka: raw defensively; better going forward. If one of the Toshiba contraptions in the Carrington transfer bunker could combine the attributes of two players, between them, they might make for one decent right-back. Or one God-awful one.

There were many statistical improvements in United’s first attempt at Ralfball on Sunday, and Dalot offered one of the more stark individual numbers.

Diogo Dalot passes the ball into the penalty area 5 times vs. Crystal Palace, more than any other player on the pitch.

One of those passes lead to the winning goal, too. 👌 pic.twitter.com/OyllqEyn5J

In the metric above, per 90 minutes, Dalot is operating at a similar level to the Premier League’s best attacking full-backs, albeit with far fewer minutes under his belt. Dalot is averaging 2.33 passes per 90 into the opposition box. Joao Cancelo is on 2.55; Trent Alexander-Arnold is averaging 2.76; Reece James’ average per 90 is 2.35. Wan-Bissaka’s stands at 0.69. He has attempted nine passes into the box in 13 starts; Dalot trails by two in two starts and four substitute appearances.

United are to blame more than Wan-Bissaka for the predicament he finds himself in. There was no evidence that he was suited to playing as a marauding full-back but still, befuddled by his Britishness and their own bullsh*t about ‘cultural resets’, they still paid a record fee for a player they had a free run at. Then, when it was obvious he wasn’t comfortable in the role he was signed for, they refused to spend half the money again on Trippier.

Similarly to Solskjaer, it is damning to think where Wan-Bissaka might go should he be shown the Old Trafford door. Which clubs would want him and how much would they be willing to pay?

Everton for £20million? Most managers would take a similarly dim view of Wan-Bissaka’s limitations as Gareth Southgate. So United, especially while they are dreadful at selling players, are stuck with a right-back not fit for his purpose.  Unless Rangnick can inspire a sudden, drastic and unexpected improvement. As individual projects go, Wan-Bissaka is certainly the biggest on the new manager’s to-do list.