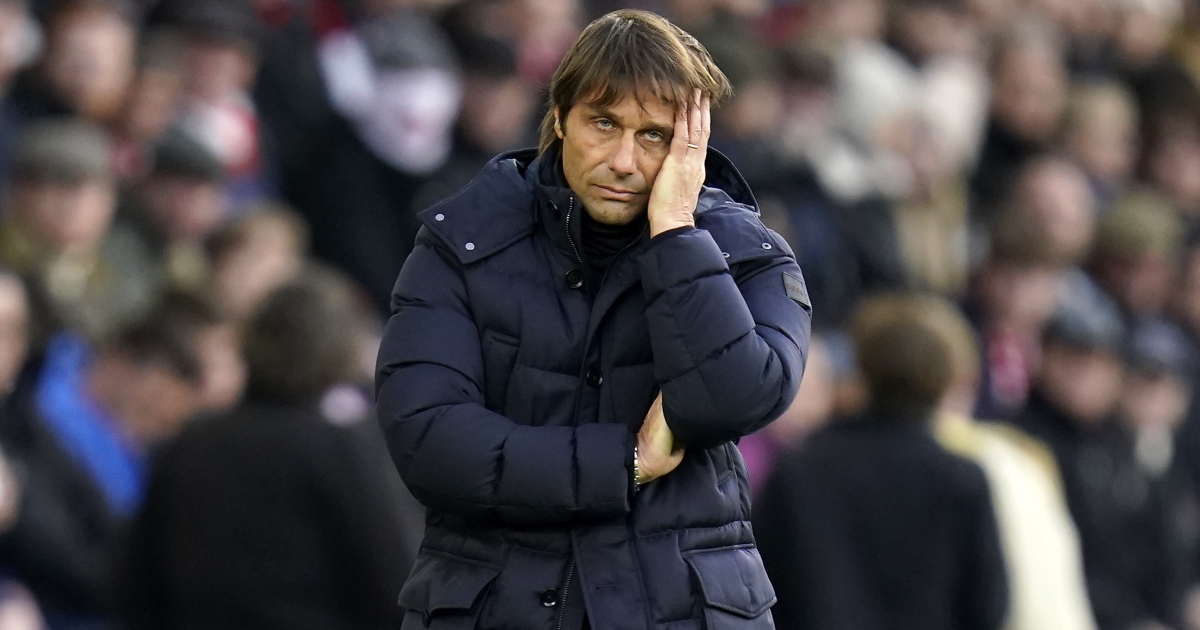 Antonio Conte has worked wonders at Tottenham – but Spurs’ weakness is still evident against submissive opposition. The manager deserves some help from above…

Davinson Sanchez’s added-time header gave Antonio Conte his fifth win in eight unbeaten Premier League games as Spurs boss, taking his new-ish side to within two points of their fourth-placed north London rivals, with two games in hand. It’s all coming up Conte.

But the Italian won’t be resting on his laurels. We know that not to be in his nature and for all the pleasure he will take from the three points Spurs deserved more for their dominance than their quality, Conte will focus on the flaws his side displayed once more.

Sanchez’s winner came just as it appeared the two sides were content to settle for what they had. A point for Watford seemed to be what they turned up for. Perhaps in their perilous position, having shipped four at home to London opposition in their last game, such caution from Claudio Ranieri is understandable, but far harder to explain to unforgiving owners when there is no reward for no risk.

For Spurs, it was hardly must-win, but after the frustration of allowing two points to fritter away at Southampton, there was a sense of needing to get back on track. Which they eventually did, even if they repeated the same mistakes.

At St Mary’s, Spurs looked dangerous when Saints did. When the hosts went down to 10 men and retreated to their own box after half-time, Conte’s men spent 45 minutes throwing sh*t at a red-and-white-striped wall. Nothing stuck then, and it was a similar story at Vicarage Road.

For a game and a half, Spurs have enjoyed all the control Conte craves. So much so that the manager appeared reluctant once more to make any tweaks that might have risked relinquishing even a slither of that dominance in the pursuit of any reward for it.

The half-time break seemed an apt time to fiddle with the Spurs formula, but Conte persisted with a plan that was clearly not working. In the first half, Spurs had 73 per cent of the ball, but their best opportunity came from a Watford goal-kick.

The Hornets cordoned off Harry Kane, Lucas Moura and Son Heung-min, instead allowing Oliver Skipp and Pierre-Emile Hojbjerg as much of the ball as they wished, so long as they passed sideways. And if they went in Emerson Royal’s direction, all the better.

Emerson Royal's first half by numbers vs. Watford:

Ranieri evidently doesn’t rate Royal if Watford’s willingness to let him have the ball in advanced areas is any clue. Time and again, the right wing-back got into good crossing positions and failed to provide good crosses. Four from 13 overall found a team-mate which, at least, is a better success rate than Sergio Reguillon’s zero from five.

Spurs, their three forwards especially, seemed to be crying out for more creativity from deep, certainly more than Skipp or Hojbjerg might provide. Swapping Skipp for Harry Winks could have come much earlier than the 70th minute, while a change of shape, with Giovani Lo Celso replacing Reguillon as a more conventional winger, also felt a belated move in the 82nd minute.

At least Winks and Lo Celso had a sniff of the action. Winks has earned Conte’s trust in the last couple of months while Lo Celso hasn’t yet had the opportunity to win the manager over because of injury. Dele Alli and Tanguy Ndombele, presumably, have failed their auditions. With Spurs needing exactly the kind of creativity and drive either might provide, Conte clearly doesn’t feel able to rely on either to bring it. No one could make a solid case in defence of either player, but with Spurs having opted to keep both in 2021, the New Year and the January transfer window must prompt a change in those stances.

Knowing Conte, he will surely insist on something in return for the release of either player, and a right wing-back that opponents are keener to close down would be an obvious improvement. After such an impact in his brief reign so far, neither Daniel Levy or Fabio Paratici can say Conte doesn’t deserve to have his January whims satisfied when his needs are so clear.