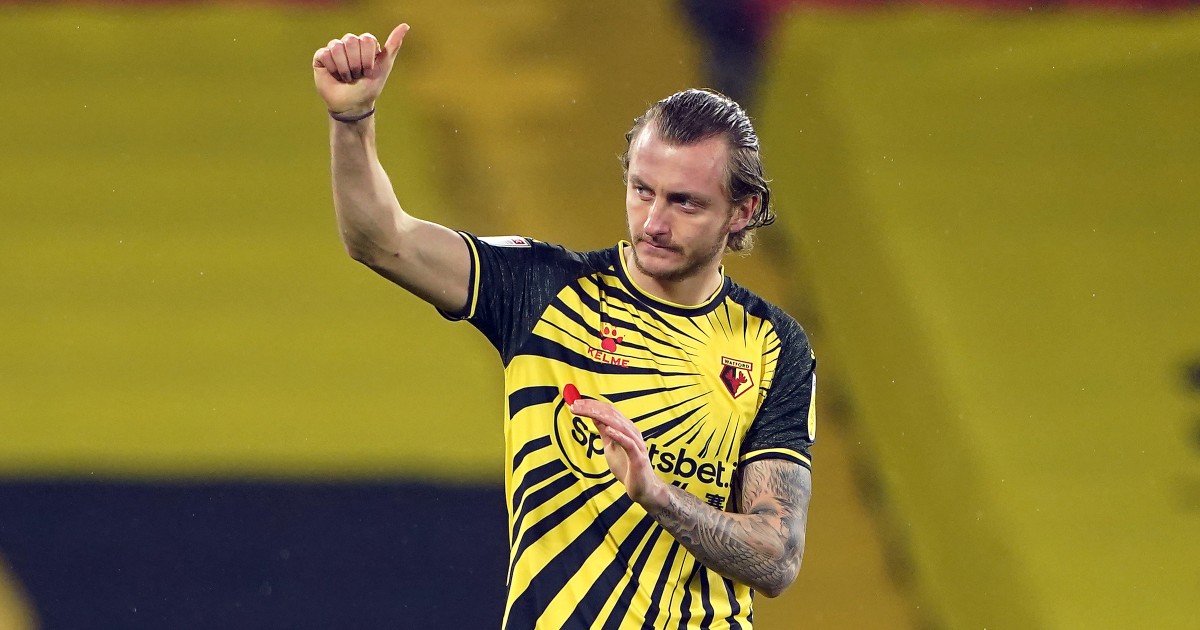 Watford have sold a potential England international for short-term gains. The long-term prospcts of Ben Wilmot should have outweighed them.

If absence makes the heart grow fonder, then Watford fans have had the entirety of 2021 so far to learn to love departed defender Ben Wilmot: Stoke City’s first signing of the summer.

The dominating centre-back has been at the forefront of many a Hornets’ mind during his exile from Xisco Munoz’s promotion-winning outfit, with the Spaniard having preferred the more experienced William Troost-Ekong, Craig Cathcart and Francisco Sierralta to the 6ft 2ins Wilmot since taking the Watford hot seat in mid-December.

That was a somewhat understandable exodus from the first team as Xisco aimed for a safety-first approach to immediate promotion back to the Premier League. His predecessor Vladimir Ivic, who had Wilmot as a mainstay in the Hornets’ backline, was dismissed for a largely poor five months at the helm.

But now, the exodus has transformed into an exit, with Wilmot replacing the recently departed Nathan Collins in the Potters defence for next season. The England Under-21 star is already looking like one of the best bits of business in this transfer window.

One only needs take a brief glance at the general Watford reaction to Wilmot’s exit to realise what a coup Stoke have on their hands and just what the Hertfordshire outfit have given up, but what is less clear is why this decision has been made.

Churlish though it may be to suggest that Munoz isn’t the man to make long-term decisions which will likely affect Watford after his own inevitable departure, it raises a serious question about how any manager can make such decisions on behalf of the club.

It is why clubs across Europe have largely taken to two approaches in which English clubs are still lacking: sporting directors and directors of football – Cristiano Giaretta for Watford; and also buy-back clauses.

Clubs across mainland Europe more often than not attach buy-back clauses, particularly to young players sold further down the pyramid as an alternative to loan moves, perhaps offering the most efficient combination of having first dibs on a player who could become sufficiently good, without the maintenance, costs and hassle that come with loaning a player out.

One can’t help but feel how a similar deal here could have benefited Watford. There is no doubting the talent that Wilmot has. He was a breakout teenage star at Stevenage while completing his GCSEs and impressed consistently in the Championship up until Xisco’s arrival and in a 2019/20 loan with Swansea City, too. Although it is understandable that Wilmot would have little place in the immediate term for the upcoming Premier League campaign.

A loan move could have been in the interest of all parties, affording Stoke a short-term stop gap in replacing their youth academy graduate Collins, but to have such a permanent end to Wilmot’s Watford career seems short-sighted from those in charge.

Giaretta was not in position at Watford when Wilmot made the switch from Stevenage in 2018, but had seen the player come of age via mutually beneficial loan switches to Udinese and Swansea City before making himself a regular fixture and a potential future captain at Vicarage Road in the first half of last season, after which Munoz opted to make the 21-year-old fourth-choice centre-back.

Clearly, Wilmot was only going to go one way through the pecking order with a rise to the Premier League, and wasting away on the bench and even in the reserves was the worst possible option for one of the most promising defenders in the country. Indeed, given the lack of depth England have in their centre-back options and Wilmot’s progression through the national side’s youth setups, constant progress and first-team football is pivotal in allowing him to fulfil his potential.

Should a successful season at Stoke materialise – and there are few barriers to Wilmot tasting success on a personal level, with boss Michael O’Neill adopting a caution-first approach which allows his defence to shine – then Wilmot will be on his way to the top flight one way or another.

Collins has already earned his move to Burnley having been regularly linked with Arsenal and Manchester United, while fellow young centre-back Harry Souttar has attracted the interest of Premier League clubs this summer.

Now Wilmot will be hoping to follow in their footsteps and earn his own Premier League place. Watford have let go a potentially first-class centre-back for their failure to see long-term.

Wilmot may not be Xisco’s man, but he is now no longer Watford’s player. That is a decision which has been made to appease the short-term frustrations and lack of cohesion between player and manager, but with little to no thought given to how far Wilmot could go. His ceiling is likely as high as Watford’s and it would take a brave person to bet against them needing him more than the other way around in the future.

Let this be a warning to all clubs who find themselves in a similar position in the future: think about the long-term losses as well as the short-term gains. Watford may well come to rue not taking heed of the lesson they have taught others.