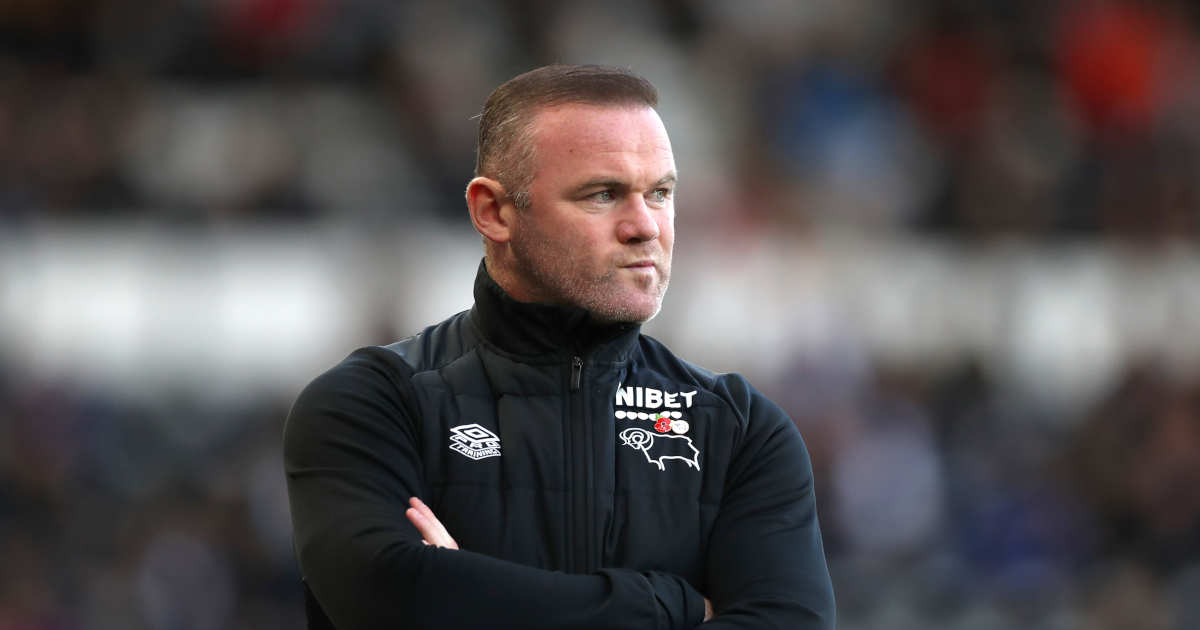 Derby County’s points deduction seems likely now to increase from 12 to 21, and the club still hasn’t found a new buyer yet…

This season has been a case of one step forward followed by several steps back for Derby County. The club’s collapse into administration brought a 12-point deduction, dropping the club to the bottom of the Championship table, and this unenviable position now looks likely to become effectively unmanageable with this week’s reports that they will have to accept a further nine-point deduction over their previous accounting practices.

The initial response of the club to administration on September 22 was bullish. Manager Wayne Rooney’s team, which had been assembled from scrap parts during the the closing weeks of the summer break, had already been performing somewhat better than most had anticipated, and the initial 12-point deduction felt like an obstacle that could be overcome. Indeed, the administrators appealed this deduction, although the likelihood of this appeal succeeding was always believed to be slim, and has since been put on hold.

But the team’s form has dipped since then. Derby won their home first match after the announcement in something of a points deduction derby against Reading (who are set to be deducted between six and nine points themselves over breaching EFL profit and sustainability rules, although their exact sanction hasn’t been confirmed yet), but since then they’ve failed to win a single game, drawing five and losing two of the seven played since.

Derby’s patchy form has left the club adrift at the bottom of the Championship, nine points from safety. The extra sanction would double this gap and leave the club 18 points from survival. This means that Derby would really need to start showing at least play-off form to have any realistic chance of avoiding the drop, and there’s little in the team’s recent form to indicate that they’re going to be capable of reaching that level. This week might just turn out to be the week when Derby supporters have to accept the inevitability of relegation.

Talk of who the new owners might be continues apace, and the best that can be said for the announcement of the further points deduction is that it does at least offer a little more clarity to buyers on what they would be buying. There had been three parties in communication with Quantuma, the administrators, although one – the Easdale brothers, who were formerly shareholders in Rangers, have close links to the former Newcastle owner Mike Ashley, and were said to be acting on behalf of a Malaysian consortium – are now believed to have withdrawn their interest.

This leaves the American businessman Chris Kirchner as the most likely buyer of the club. The 34-year-old Kirchner has made his money in logistics, but it is not believed that he has the wealth to buy the club alone, and that he would be looking for investment from others to help get his bid over the line. Kirchner has already said that relegation to League One would not impact his interest in the club, but some have questioned whether he has the means to proceed; buying Derby County will certainly not be cheap.

Emerging details of the club’s financial position have not been particularly encouraging, either. The club owes £15m to Michael Dell’s MSD Holdings, which is secured against Pride Park, while they are also believed to owe HMRC in excess of £20m, as well as significant sums to other football creditors, including former manager Phillip Cocu, ex-captain Richard Keogh and Arsenal, who have deferred the remaining £8m they are owed for Polish defender Krystian Bielik.

But it should be noted that, although these sums will have to be included as part of any deal to rescue the club, all of them would be excluded from any CVA (Company Voluntary Arrangement – the mechanism by which clubs exit administration after they’ve entered it), because secured debts, football debts and debts owed to HMRC are not included in this process. The upshot of all of this is that, while Derby’s unsecured debt total may well be relatively low, the club may turn out to be quite expensive to buy because these debts would have to be paid (or assumed) in full.

And all the while, Wayne Rooney must be watching all of this unfold while quietly asking himself what he must have done to deserve being drawn into this situation. Despite the team’s failure to convert reasonable performances into points on the board in recent weeks, Rooney remains in credit as the club’s manager for now, but in comparison with other former ‘golden generation’ players now routinely being interviewed for or getting Premier League jobs, the task at hand for England’s record goalscorer remains of a different magnitude to that which Steven Gerrard will be assuming at Aston Villa or that Frank Lampard might yet face at Norwich City.

Yet Rooney continues to impress; indeed, he remains one of the few people to emerge from this slow motion car crash with any degree of credit. He seems to still be completely dedicated to this job, past the point when he would have been completely justified in throwing his hands in the air and walking away, and although there is no doubt that his team’s performances have tailed off recently, that Derby have only lost five of their 17 Championship matches so far this season under these circumstances seems remarkable. There seems little question that he will emerge from this debacle with his reputation enhanced.

The case of Derby County continues to act as a cautionary tale for the rest of the Championship, a division which has become consumed by financial madness over the last few years as clubs continue to chase the pot of gold at the end of the rainbow that the Premier League represents. And with the Premier League and the EFL still unable to resolve their differences about parachute payments and the results of the fan-led review pending, there remains a sense of uncertainty hanging over the whole division. Derby may be beyond salvation for this season, but hopefully others may have learned a thing or two from their dismal precedent.