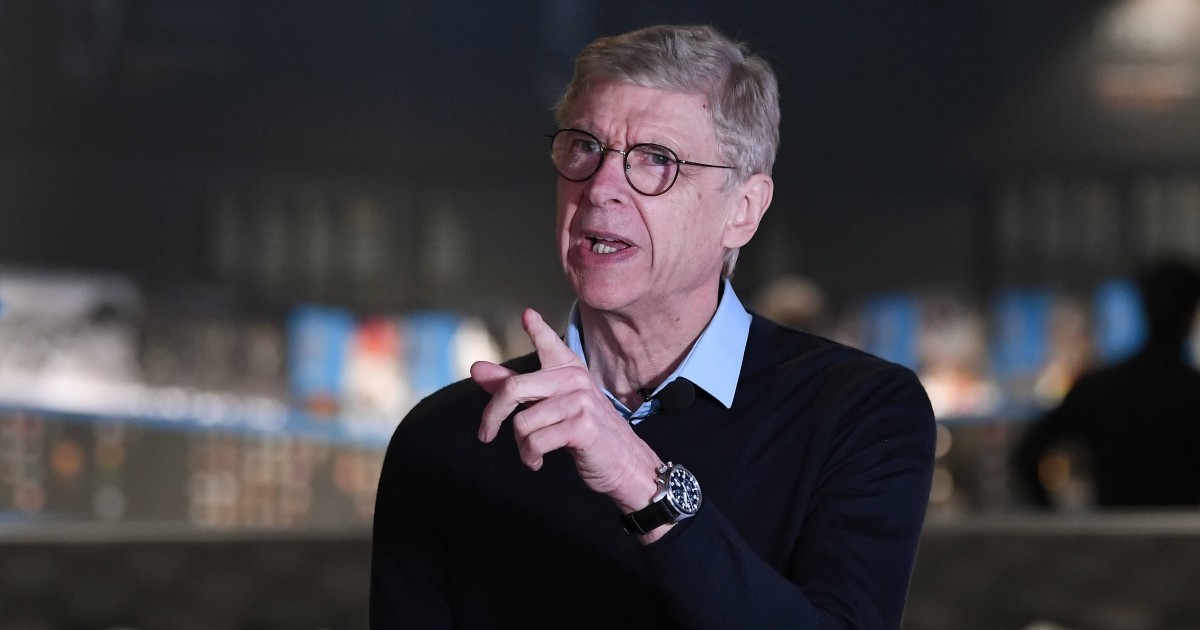 There are numerous practical problems and emotional issues with having a World Cup every two years and Arsene Wenger must surely see that.

So here we all are, sitting through the monotony of another mid-season international break. It is strange to think the last time we saw Harry Kane and Raheem Sterling lining up together, it meant the world, but now it is a distraction and an annoyance. The contrast could hardly be greater yet it is neither new nor surprising.

Summer tournaments are the pinnacle of football; the very nature of them brings people together in one common goal to support their country. Despite the negative headlines and reports of an impending stadium ban for England following the events that preceded the final, there was so much to be proud of at Euro 2020. It raised the national mood at the most crucial of moments, after months of doom and darkness. Tournaments can be seen as an opportunity for respite from the weekly rigours of following a club and there is something special about their rarity, happening once everything two years, alternating between a continental and worldwide scale.

Qualification, friendlies and, on the European stage, the UEFA Nations League, simply do not garner the same feeling of freedom, excitement and difference. Because of that, there is a desperation to ‘fix’ international football and make it as captivating as possible.

It is Arsene Wenger’s job, as Chief of Football Development at FIFA, to think creatively and philosophically about the game and how to evolve it and improve it. The former Arsenal manager could hardly be more suited to such a role, given how he transformed the Gunners during a 21-year reign through his ability to see tactical and physical trends in advance. For many years, he was ahead of his time and Arsenal’s struggles since he departed in 2018 suggest things didn’t catch up with him quite as much as was speculated at the time.

Tackling the international issue has been high on his agenda and he has been a driving force of discussions over the possibility of the World Cup being played every two years, rather than four. It appears FIFA are more than receptive to the idea, despite a heavy backlash from those both inside and out of football.

Logistically, it would cause a number of issues at a time when players are being overplayed considerably. There is so much football on these days and it seems as though the ferocity of the debate over the winter break has been completely sidelined. For years, English football looked out at Europe with envy. As Germany, Spain and Italy took time away over Christmas, there was an understanding that tradition had to come first. Boxing Day and New Year’s Day are sacred, woven into the fabric of the game in this country. A split break in February, with half the Premier League playing one week and half the next, was agreed upon. But it never felt quite like enough.

The impact of Covid-19 has lingered over football like a bad smell for more than 18 months. Two seasons almost had to be merged into one, before taking into account the Euros, Copa America and Olympic Games over recent weeks, and the effects of that are still apparent now as a result, even if the fixture list has returned to normal. The Qatar World Cup is coming up next year but fears over the heat forced it to be moved to the winter, adding to even more congestion and disruption, though it is unclear when Wenger has suggested for the change to be enforced.

Adding another World Cup to the calendar would also mean increasing the Euros and the Copa America. There has been very little consideration for the impact that would have on the women’s game and its international tournaments, which had to fit around the popularity of the men’s game while it grew in prominence itself. Of course, they could be played simultaneously, but these events deserve their own spectacle, which would undoubtedly be diluted if they weren’t afforded an individual spotlight.

But Wenger’s belief centres on something we all share: the frustration and boredom that often comes with international breaks. He is coming from a place of innocence, in the hope of replicating the kind of atmosphere we all love and pine after during the summer.

UEFA have already attempted to rectify the problem with the Nations League, designed to eradicate meaningless friendlies by building on the premise that teams playing others at their level competitively year in, year out would improve things. The trouble with that hypothesis is that the high stakes, end to end, breathtaking excitement so often entangled with tournament knockout games cannot be superficially fabricated. They are so magical because they are so in the moment and unforgiving, which is precisely why Wenger’s idea would actually harm the state of international football rather than improve it.

Perhaps the best way to view mid-season internationals is as a means to an end, something worth grinning and bearing for the reward of summer ecstasy and mystery. What makes tournaments so special cannot be studied and replicated; it is a natural emotion built on breaking free from the shackles of regular season football, made so pure by the wait we all must endure. By making tournaments more common or familiar, the feeling will follow and that is the worst possible outcome and counterintuitive to what Wenger hopes to achieve.

International football is mostly boring, laborious and repetitive – an irksome bump in the road of the domestic season. But it is also a necessary evil worth trawling through for those magical, fleeting summers of pandemonium, for which nothing is worth risking.