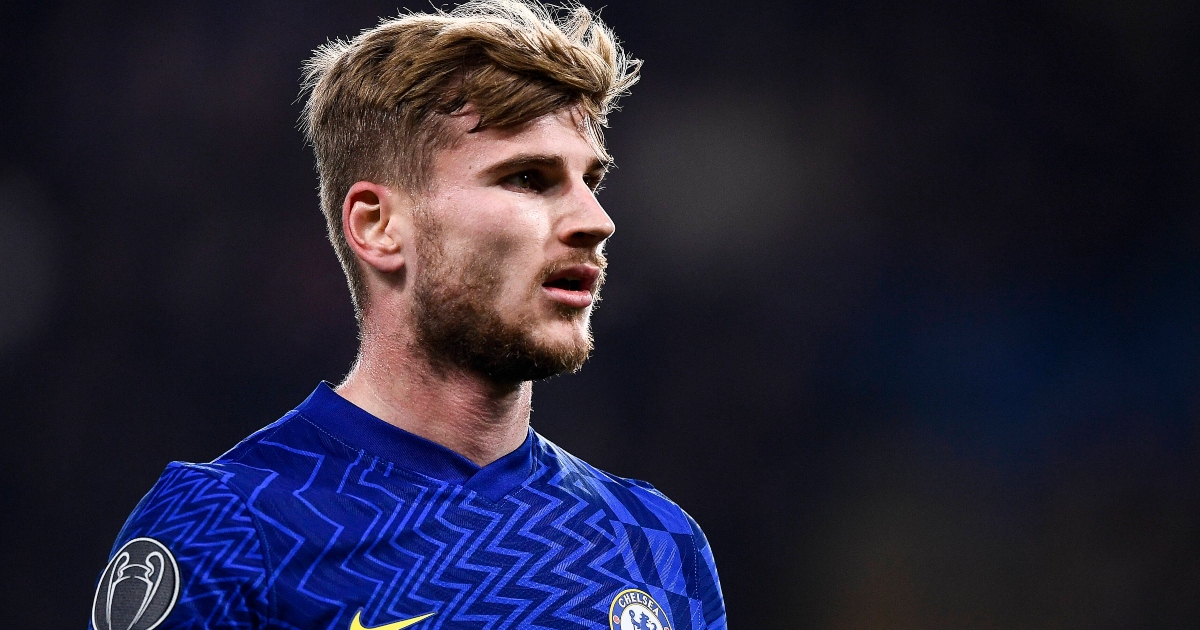 Timo Werner is the only player from a club in the top half of the Premier League to feature in the worst XI of the season.

Players must have started at least five Premier League games to be up for selection, with picks made according to the WhoScored ratings…

Here is the best XI, if you are at all interested.

GK: Tim Krul (Norwich) – 6.43
Norwich have conceded 45 goals this season – the most in the Premier League – and Krul’s save percentage of 65.3% is the sixth-worst in the division. He’s also saved, by his standards, a paltry one penalty from five.

🎙 | “Poor goalkeeping from a top goalkeeper!”

Rodrigo restores #LUFC‘s lead with a strike from outside the box, but Tim Krul will feel he should have done better! #NORLEE pic.twitter.com/doFPpk4V0S

RB: Mads Roerslev (Brentford) – 6.36
You don’t have to be Mads to play for Brentford, and it doesn’t help. A goal and an assist in the 2-1 win over Aston Villa, but his general play falls below that of Sergi Canos and Rico Henry, his competition for the wing-back spots.

CB: Ciaran Clark (Newcastle) – 6.24
For the love of God, Newcastle, sign a centre-back. Clark wins the award for mind-numbing stupidity of the season.

NEWCASTLE DOWN TO 1️⃣0️⃣

Ciaran Clark sent off for a foul as last man 🔴#NEWNOR pic.twitter.com/1gGQ37RkDy

CB: William Troost-Ekong (Watford) – 6.28
Captained Nigeria to three wins in the group stage of the Africa Cup of Nations, scoring in the win over Guinea-Bissau. But Troost-Ekong is now on his way back to the Premier League, available to work his mercurial centre-back magic for Watford under Roy Hodgson. Worth the admission fee alone.

LB: Romain Perraud (Southampton) – 6.38
Signed for £10million in the summer as a creative full-back with goals in his locker, Perraud is yet to claim a goal or an assist for Southampton, but does look as though he’s constantly on the verge of a scrap. So that’s something.

CM: Adam Forshaw (Leeds) – 6.38
Having spent the vast majority of the last two seasons out through injury, Forshaw’s performances in the Premier League this term were enough to persuade Leeds to offer him a two-year extension. It’s not entirely clear why.

CM: Shandon Baptise (Brentford) – 6.32
It feels a bit mean to cast aspersions on a midfielder that was plying his trade in League One with Oxford United two years ago. Ignore us, Shandon. You do you.

AM: Ryan Fraser (Newcastle) – 6.27
It’s really not gone his way after he refused to play for relegation-fighting Bournemouth to force through a move to Newcastle in 2020. Could well be out on his arse in six months when the Galacticos come to town. He might not find much sympathy.

AM: Josh Sargent (Norwich) – 6.34
Sargent had no shots on target from 17 attempts before his brace in the win over Watford. It was quite the way to end that streak.

Josh Sargent with the 🦂 kick 🤯🔥pic.twitter.com/RMRMROtRGT

AM: Tyler Roberts (Leeds) – 6.38
Runs around a lot, as he must if he wants to play for Marcelo Bielsa, but the end product has been so, so poor.

CF: Timo Werner (Chelsea) – 6.31
Six goals and two assists from 12 starts this season isn’t all that bad, and he’s struggled to recover from Covid-19 since mid-December. That said, his displays have still fallen far short of what was expected of him since the move from RB Leipzig. “Sometimes even I don’t know why they are supporting me so much,” Werner said in response to the Chelsea fans continually chanting his name. Must be that famous Shed End empathy.