Home F365 Says Have the Baggies lost their boing or is this just a blip? 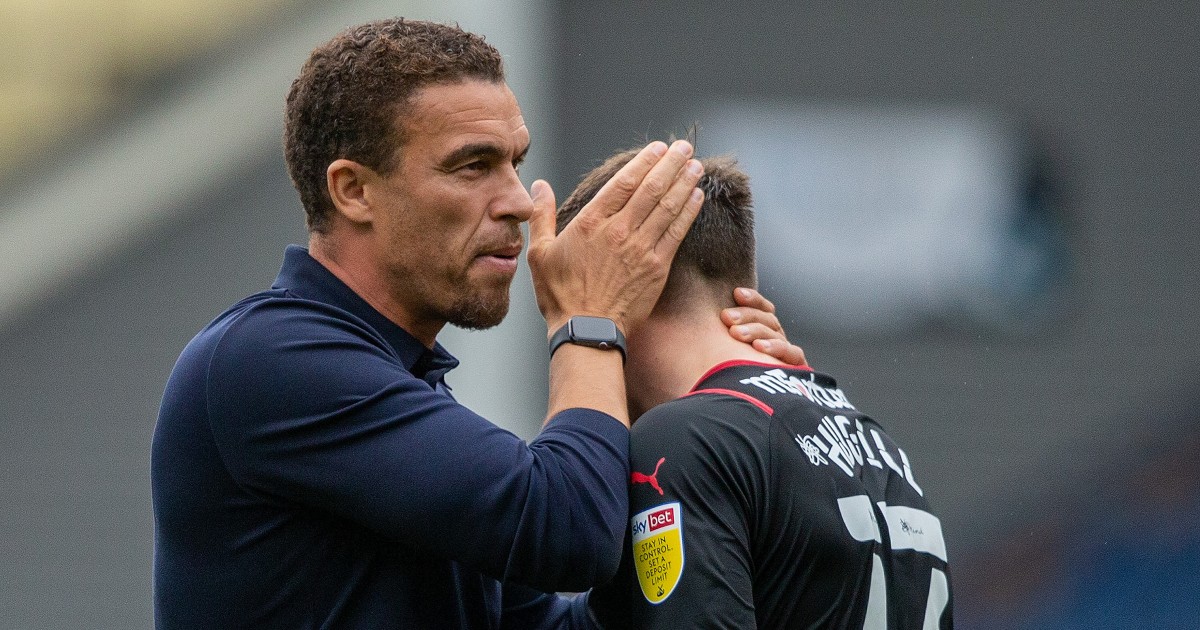 There is no guarantee that the yo-yo will come back up. West Brom remain unbeaten but a winless September has exposed their deficiencies.

There haven’t been many green days this month for West Brom; the Baggies will be hoping they wake up before September ends.

Given their penchant for struggling to beat bottom-half sides following the bonanza that was August’s introduction to ‘Valball’, the Hawthorns faithful found themselves especially frustrated following the last home game, a goalless stalemate with Derby County. Saturday’s 1-1 draw at Preston North End will have done little to quash the exasperation.

But after such a bright start to the season, why have three successive draws for one of two remaining unbeaten sides in the division been received quite so poorly by Baggies fans?

Much of it comes down to the semi yo-yo status adopted by the club as they readjust to being just not good enough for the Premier League in recent years and yet far too good for the Championship. Relegation from the top flight is, if not expected, then certainly accepted. To be less impressive on a supposed march back to the top flight is less palatable.

The Baggies began the season in the fettle that made another instant return to the Premier League seem a distinct possibility, with goals coming from across the board in the opening month. Dara O’Shea and Semi Ajayi scored three between them from centre-back, aided by the talismanic Alex Mowatt netting a couple of screamers and forwards Callum Robinson, Karlan Grant and Matt Philips all bagging throughout August, too.

But since the veteran Philips’ strike to make it 2-0 at the end of a victory at Blackburn one month ago, West Brom have scored twice in five games courtesy of another from Philips and Kyle Bartley making himself the third centre-back to score for the club this campaign.

Since the wholesale changes made to the team for the 6-0 defeat at home to Arsenal, something else has changed. Ajayi scored the last-minute winner at Peterborough under the lights, but West Brom have struggled to impose themselves against four successive bottom half sides in the league.

A season that was going so well before the Arsenal EFL Cup tie has taken a turn since. But it is Manchester City with whom we can draw some comparison. Like the Premier League champions, West Brom are playing this season without an out-and-out reliable forward. While Manchester City rely on false nines and Gabriel Jesus to replace Sergio Aguero, West Brom have a raft of forwards who just aren’t quite suitable. Grant is best deployed on the left, while Philips is a No. 10 in a literal sense but nothing more. Robinson, too, does not have the same gravitas as Dominic Solanke, Aleksandar Mitrovic, or Viktor Gyokeres – the primary strikers at the three other clubs currently occupying the top four positions in the division – while Jordan Hugill would have been perfect for Ismael at Barnsley but is looking an ill fit in this iteration for the former Tykes boss.

Like with City, when the going is good, it is very good. But like with the 0-0 draw with Southampton, when you need that experienced and reliable head – or foot – to put the ball in the back of the net in a tight match, the fluid front three will keep you standing still and settling for a point.

For West Brom, it is less a fluid front three and 11 goals from the first four games of the season was a fantastic start, but the drought since has emphasised how Fulham, Bournemouth and a couple of others look steadfastly more equipped for the rigours of the Championship and just what an out-and-out goal scorer would bring to West Brom.

This alone is not worthy of sparse booing and wide discontent. Lest we forget, the six-goal loss by Arsenal’s slightly changed side over a glorified Baggies youth team was the only taste of defeat in 2021/22 thus far. Results alone are not the answer, so it comes down to the style of play.

Ismael is perhaps the only current Championship manager who employs a style of play so unique that it comes with an eponymous moniker. When it wins games – the 4-0 demolition of Sheffield United the best example – it is dubbed ‘Valball’. When the results are less glamorous, it is commonly referred to in less positive terms: long ball; punting it up; aimless kicks down the field.

If West Brom had a reliable goalscorer, someone in the ilk of Daryl Dike in the second half of Barnsley’s overwhelmingly successful season, the style of play would matter not. A pure striker capable of scoring 20 goals in a single campaign is not a necessity nor a prerequisite for promotion, but should the struggles in front of goal continue, then a similar acquisition to Barnsley’s inspired approach for Dike this January would be potentially the transfer of the season.