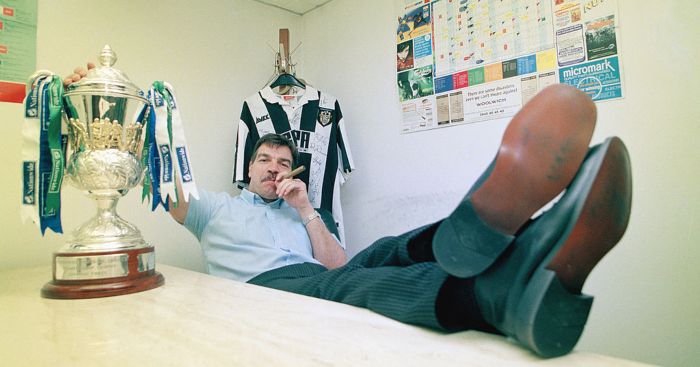 Slaven Bilic was outwardly bullish after his West Brom side earned a hard-earned and unlikely point at Manchester City on Wednesday night.

“I love my job. I’m here and calm. To be fair, I’m not bothered. I’m doing my job. I’m enjoying it. I’m working hard for myself, for my staff, for the players, for the club, that’s all.”

Thirteen hours later, he was sacked. He leaves West Brom 19th in the table, but just two points from 17th. And therein lies the rub for Bilic; he’s a victim of his own near-success. West Brom under Bilic have looked nearly good enough to get themselves out of trouble. That his departure comes just after his team finally succeeding in getting the sort of hard-won point they could and should have taken from games against Spurs, Manchester United and Newcastle recently makes it all the more cruel but only emphasises the point. There is enough about this West Brom side to get out of trouble.

Allardyce wouldn’t take the mission impossible at Sheffield United – who also would never offer it – and even Fulham appear to be operating somewhere close to their ceiling. But this is just the right fit: a side currently firmly on course to go down, but nowhere near a lost cause. Perfect for a Big Sam Recovery Mission. Whatever your thoughts on the man, there’s nobody better at plotting a course to Premier League survival.

And Allardyce has plenty to work with at West Brom. They have drawn with Chelsea and Manchester City this season, and lost by one late or contentious goal against Spurs and Manchester United.

They have also been thrashed a few times, notably by Leicester and, most recently and strikingly, Palace. Those games, counter-intuitively, have done Bilic less harm than the heartbreakers. A relegation fight will inevitably feature a few unpleasant afternoons and evenings against superior teams. They are part of the job and they will still suffer such days under Allardyce. What needed to change – and what, cruelly, did change on Tuesday night just too late to save Bilic – is those heartbreakers when they almost got a result.

However harsh this may seem on Bilic, it is also true that West Brom have won only four of their last 25 league games, having stumbled unconvincingly over the line to secure promotion last season. More importantly, the correctness of the decision can be judged by the answer to a couple of simple questions: are West Brom now more likely to survive? And are their rivals in the bottom six more concerned than they were last night? The answer to both questions is yes.

Brighton will be looking over their shoulders a touch more nervously with an Allardyce-led West Brom pursuing them. Even Leeds, for all their fun football and fawning media attention, will sense their six-point cushion to the bottom three feeling a touch less secure than it did 24 hours ago. We’re not even as entirely sure as we were all the way back a few hours ago that Arsenal are in fact too good to go down.

It’s taken longer than usual in a fundamentally unusual season, but you always thought someone would have to sound the Big Sam Klaxon at some point. West Brom looks like just the right club, at just the right time.