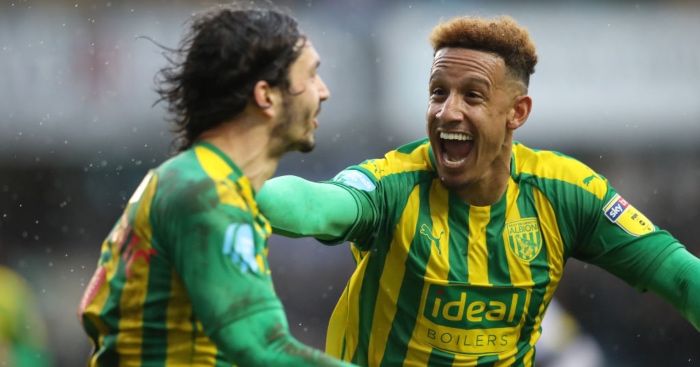 The January transfer window oftentimes resembles a fire sale, a month-long Black Friday event offering underpriced, often needless, always fleeting items to customers with more money than sense, and quite often, not much of either. Three toasters for £50? Heck, I’ll take six; that’s toast in every room of the house. To find value and the quality to improve your stock at the right price becomes increasingly difficult in a dull Championship season being adversely affected by the ongoing threat of Financial Fair Play. So step forward West Bromwich Albion, the unofficial winners of the winter transfer window.

Even before the start of the window, there were cracks appearing in the table topping Baggies, who had lost some of their boing boing around the festive period and seen their dual dominance with Leeds United dwindle thanks to runs of two wins in 15 games between the automatic promotion runways-cum-contenders. The fact that Slaven Bilic’s side were in such a dominant position to begin with stemmed from such a successful summer window where the right mix of Championship experience, exciting youngsters, and foreign flair were brought into the club.

Now unlike almost all of their second tier contemporaries, who were either struck by fear of panic to bring in bodies or fear of FFP to bring in nobody, the Hawthorns side saw where the holes were in their team, and duly went around applying the Polish poly filler of winger Kamil Grosicki, the steel plaster of forward Callum Robinson and the insurance policy of experienced defender Lee Peltier from Cardiff City.

Against one of the toughest home sides in the Championship, not to mention one of the most dangerous sides in the EFL on form in recent months, West Brom made a mockery of the inclement weather conditions to inflict just Millwall’s third Den defeat of the season. Peltier didn’t have a part to play as he races to fitness but Robinson and Grosicki both looked strong and played their contributing parts in the victory, the Pole’s quick thinking, fastly taken corner providing the second goal which assured Albion of the victory after replacing fellow new boy Robinson who impressed once more after a man-of-the-match display on his debut.

So, while Leeds allowed themselves to be caught within touching distance by the chasing pack this weekend, West Brom knew three points were imperative in the final Championship fixture of the round to keep the likes of Fulham, Brentford and Nottingham Forest at bay.

While the Elland Road side were adding a man with three goals in 18 months to challenge one of the worst finishers in the division in Patrick Bamford and being shocked at losing their last two games without goal scoring reply, Bilic and his Baggies put excuses to one side and provided a performance worthy of champions that their winter transfer window exploits allowed. Now that’s value for money.