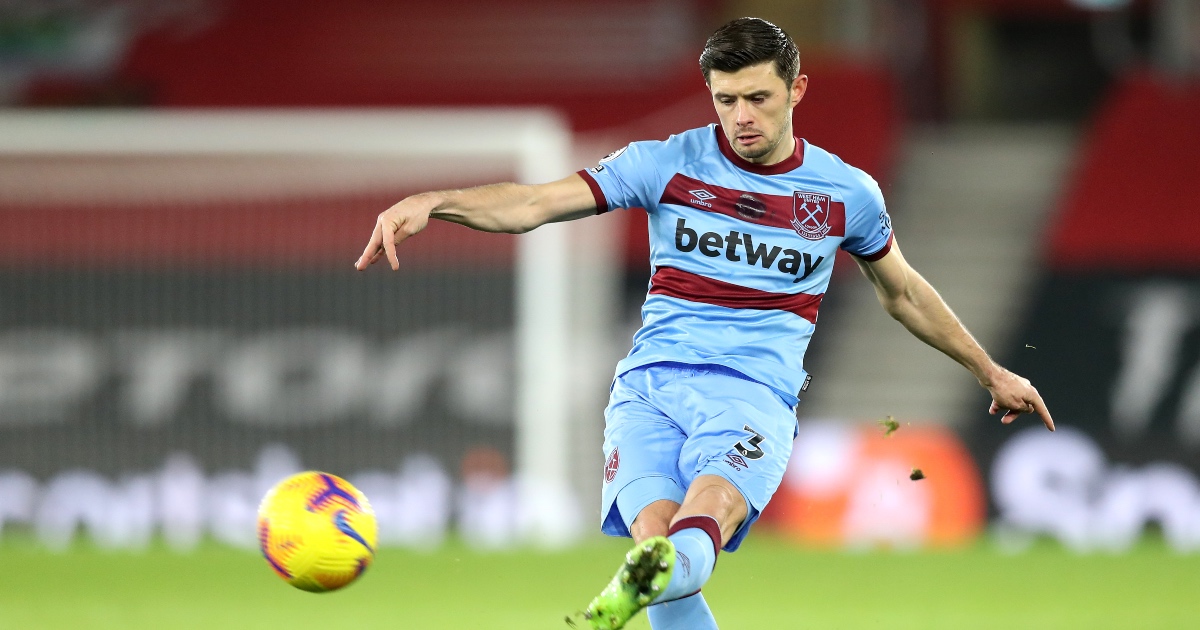 In December, after describing Aaron Cresswell as “invaluable” to West Ham, David Moyes added: “He has stepped up with his deliveries and his involvement in the game and we want him to keep doing that.”

With three assists at that stage, the left-back-cum-centre-back has added a further four in the Premier League: it’s fair to say he’s continuing to “step up”.

It’s been a quite brilliant return to form for Cresswell, who had notched just one assist in the previous two Premier League campaigns – a filling of sh*t sandwiched between two perfect slices of Moyes Rye. This will either be Cresswell’s best or equal best assists return in a Premier League season, with the other in 2017-18 – Moyes’ first spell in charge of the club.

Neither he or Vladimir Coufal on the other flank play particularly high, with defence very much the priority. But that’s something of a Best of Both situation for Moyes and West Ham, granting them defensive solidity but also allowing Cresswell in particular to come on to the ball from deeper, from where he delivers his most dangerous open play crosses. He’s made comfortably the most key passes for West Ham this season (40); that’s more than Harry Kane (36) and Riyad Mahrez (36).

But it’s over a dead ball that he’s most deadly. Kane (13), Kevin de Bruyne (11), Bruno Fernandes (10), Jack Grealish (10) and Son Heung-min (9) all have more assists than Cresswell, but only James Ward-Prowse can match his five from corners or free-kicks.

His delivery from a dead ball is firmly in the ‘wicked’ category, particularly the inswingers from the right. A couple of West Ham giants crowd the six-yard box, leaving the likes of Illan Meslier with little option but to attempt a standing jump and a flap, as three or four more West Ham giants attack the ball dipping on to their onrushing foreheads.

Craig Dawson was the beneficiary on Monday, easily nodding home from about three yards out to double West Ham’s lead, before he should have converted another which struck the post.

Having a huge team – and they are bloody big – is of little attacking use if they don’t get the chance to exploit their obvious advantage over pretty much every team in the division; Cresswell gives them that chance, at almost every opportunity.

He’s 31 now and his last international appearance came nearly four years ago, but with a relative dearth of left-back options compared to the ludicrousness at right-back, a call-up wouldn’t be totally unexpected and his chances will be aided by his versatility and Gareth Southgate’s penchant for three centre-backs.

But with “set plays a massive part of West Ham’s success”, as Jamie Carragher said after the game, Moyes will secretly be hoping international football isn’t added to the workload of his not so secret weapon.